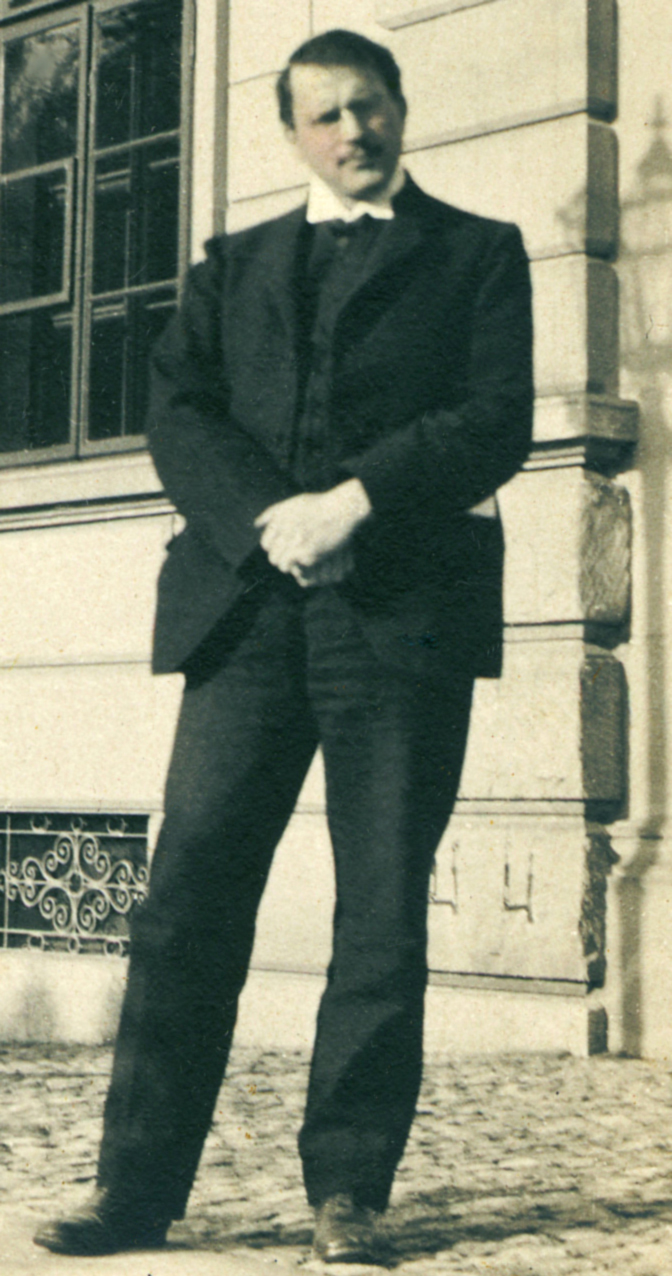 "Carl Gustav Jung", often referred to as "C. G. Jung", was a Swiss Psychiatry/psychiatrist and Psychotherapy/psychotherapist who founded analytical psychology.

Jung proposed and developed the concepts of the collective unconscious, Jungian archetypes/archetypes, and extraversion and introversion. His work has been influential not only in psychiatry but also in philosophy, anthropology, archeology, literature, and religious studies. He was a prolific writer, though many of his works were not published until after his death.

The central concept of analytical psychology is Individuation#Carl Jung/individuation—the psychological process of integrating the opposites, including the conscious with the unconscious, while still maintaining their relative autonomy. Jung considered individuation to be the central process of human development.

Jung created some of the best known psychological concepts, including the Jungian archetypes/archetype, the collective unconscious, the Complex (psychology)/complex, and synchronicity. The Myers-Briggs Type Indicator (MBTI), a popular Personality psychology/psychometric instrument, and the concepts of socionics were developed from Jung's theory of psychological types.

If you enjoy these quotes, be sure to check out other famous psychologists! More Carl Jung on Wikipedia.

The teacher pretended that algebra was a perfectly natural affair, to be taken for granted, whereas I didn't even know what numbers were. Mathematics classes became sheer terror and torture to me. I was so intimidated by my incomprehension that I did not dare to ask any questions.

I could not say I believe. I know! I have had the experience of being gripped by something that is stronger than myself, something that people call God. 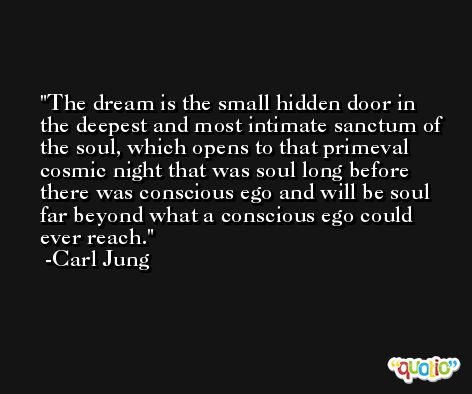 The creation of something new is not accomplished by the intellect but by the play instinct acting from inner necessity. The creative mind plays with the objects it loves.

Creative powers can just as easily turn out to be destructive. It rests solely with the moral personality whether they apply themselves to good things or to bad. And if this is lacking, no teacher can supply it or take its place. 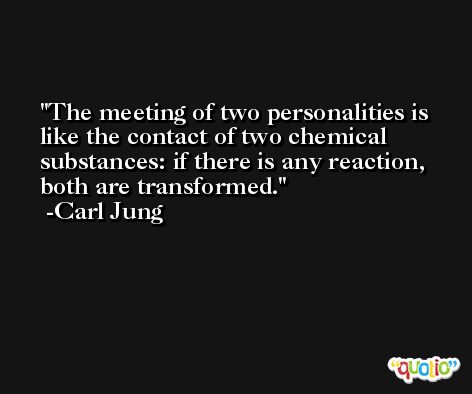 Great talents are the most lovely and often the most dangerous fruits on the tree of humanity. They hang upon the most slender twigs that are easily snapped off.

As far as we can discern, the sole purpose of human existence is to kindle a light of meaning in the darkness of mere being. 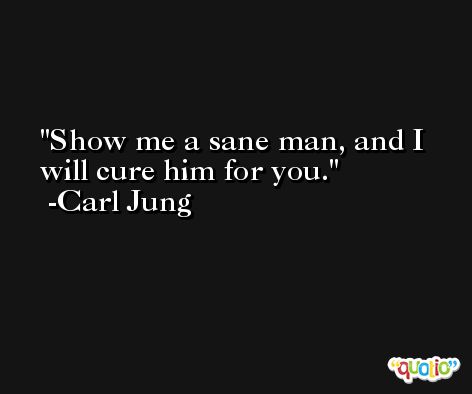 The pendulum of the mind alternates between sense and nonsense, not between right and wrong.

Nothing has a stronger influence psychologically on their environment and especially on their children than the unlived life of the parent. 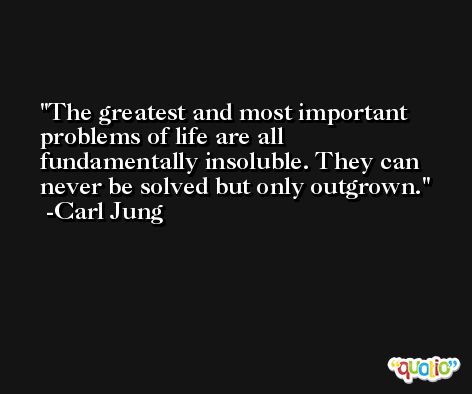 Knowledge rests not upon truth alone, but upon error also.

An understanding heart is everything in a teacher, and cannot be esteemed highly enough. One looks back with appreciation to the brilliant teachers, but with gratitude to those who touched our human feeling. The curriculum is so much necessary raw material, but warmth is the vital element for the growing plant and for the soul of the child. 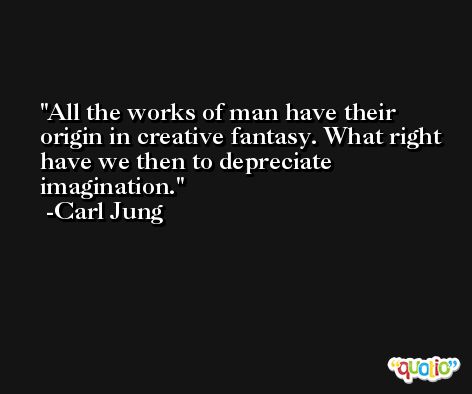 Sometimes, indeed, there is such a discrepancy between the genius and his human qualities that one has to ask oneself whether a little less talent might not have been better.

Religion is a defense against the experience of God. 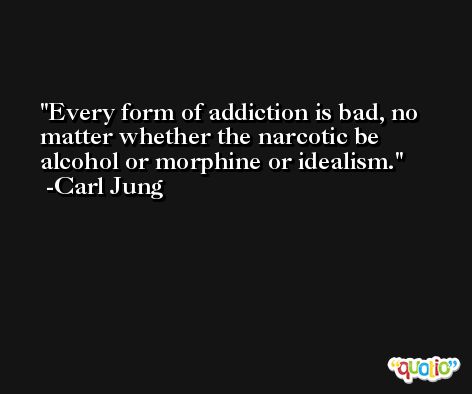 Where love rules, there is no will to power, and where power predominates, love is lacking. The one is the shadow of the other.

I have always been impressed by the fact that there are a surprising number of individuals who never use their minds if they can avoid it, and an equal number who do use their minds, but in an amazingly stupid way. 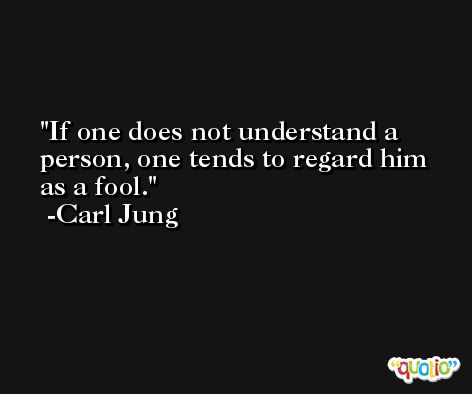 We cannot change anything unless we accept it. Condemnation does not liberate, it oppresses.

Everything that irritates us about others can lead us to an understanding of ourselves. 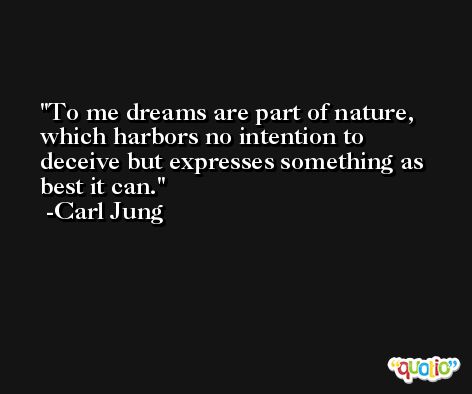 The word 'happiness' would lose its meaning if it were not balanced by sadness.

It all depends on how we look at things, and not on how they are themselves. 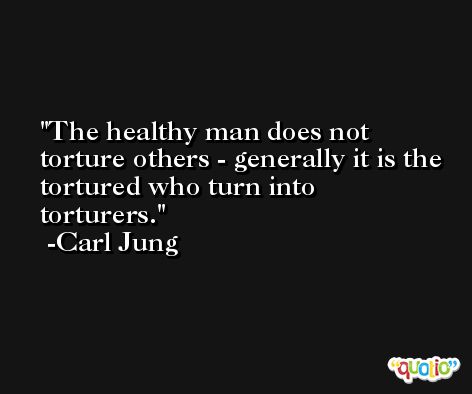 Nobody, as long as he moves about among the chaotic currents of life, is without trouble. 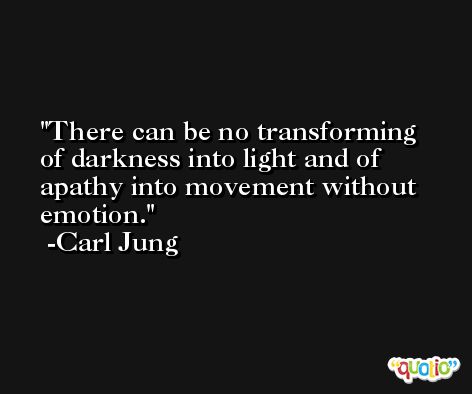