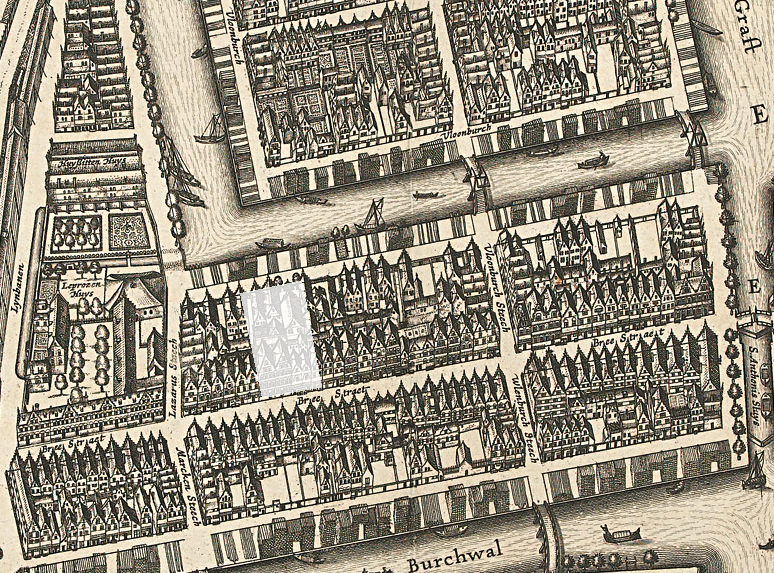 "Baruch Spinoza" was a Netherlands/Dutch philosopher. The breadth and importance of Spinoza's work was not fully realized until many years after his death. By laying the groundwork for the 18th-century Age of Enlightenment/Enlightenment and modern biblical criticism, including modern conceptions of the self and, arguably, the universe,cite news

If you enjoy these quotes, be sure to check out other famous philosophers! More Baruch Spinoza on Wikipedia.

Peace is not the absence of war, but a virtue based on strength of character.

I do not know how to teach philosophy without becoming a disturber of established religion. 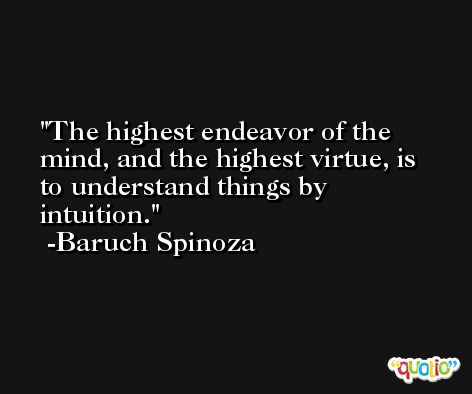 Peace is not an absence of war, it is a virtue, a state of mind, a disposition for benevolence, confidence, justice.

If men were born free, they would, so long as they remained free, form no conception of good and evil. 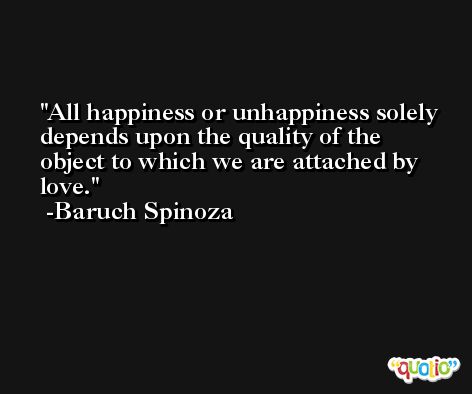 The mind has greater power over the emotions, and is less subject thereto, insofar as it understands all things to be necessary.

Happiness is a virtue, not its reward. 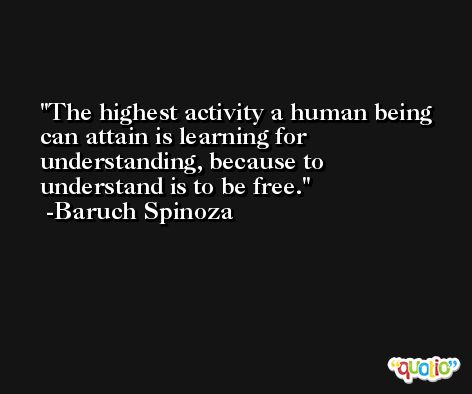 Blessed are the weak who think that they are good because they have no claws.

If you want the present to be different from the past, study the past. 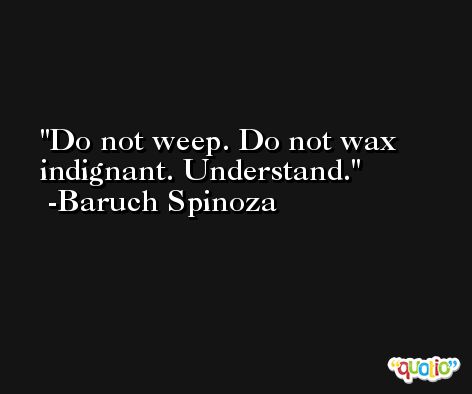 He who loves God cannot endeavor that God should love him in return.

Only that thing is free which exists by the necessities of its own nature, and is determined in its actions by itself alone. 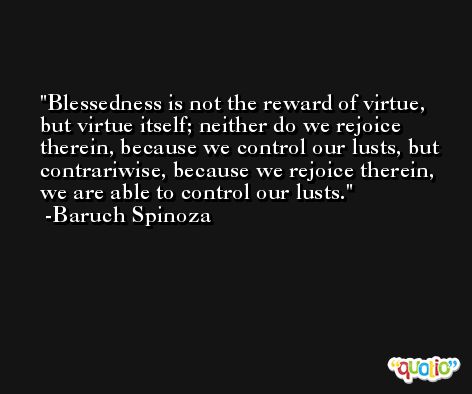