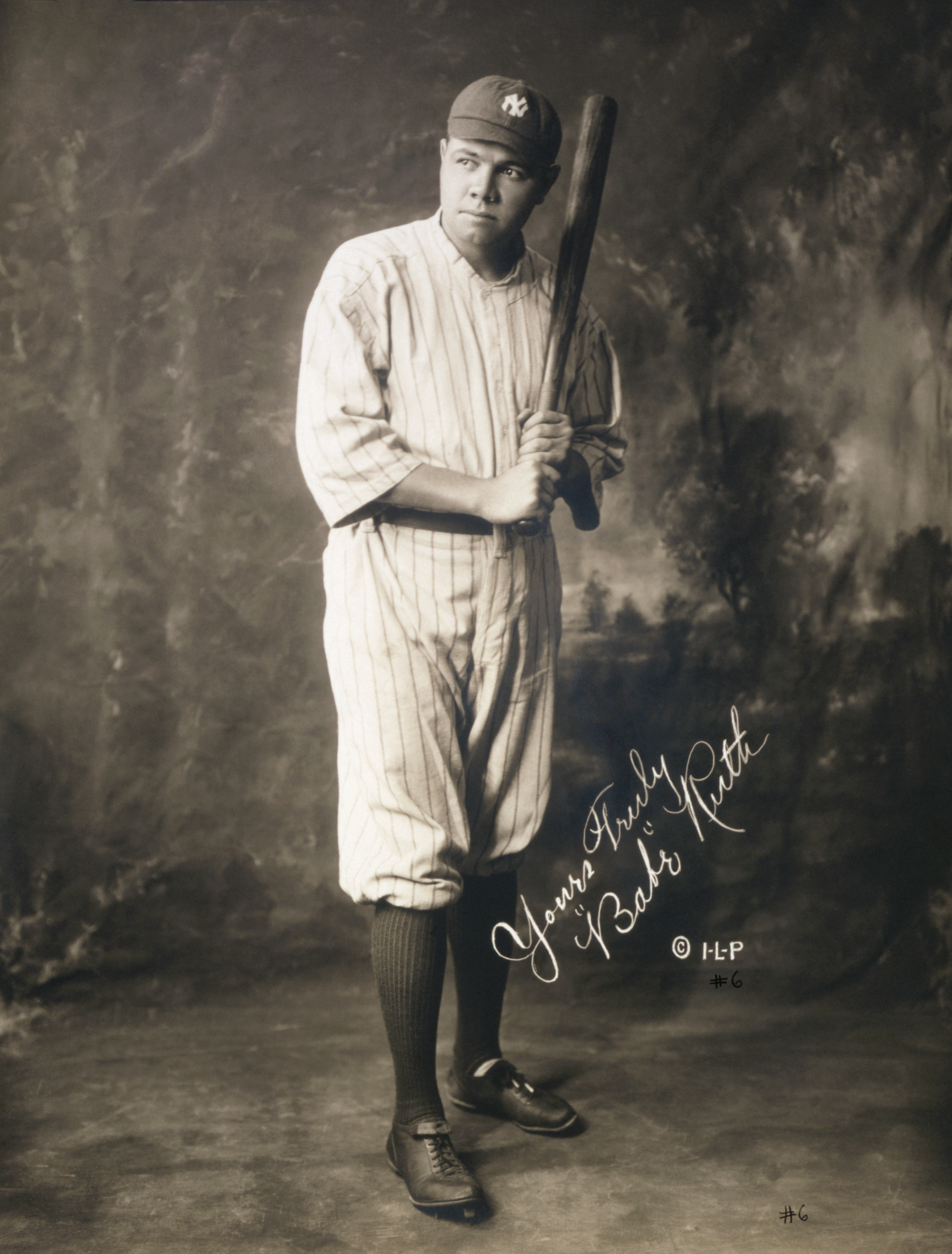 "George Herman" ""Babe"" "Ruth, Jr." was an American baseball outfielder and pitcher who played 22 seasons in Major League Baseball (MLB) from 1914 to 1935. Nicknamed ""The Bambino"" and ""The Sultan of Swat"", he began his career as a stellar left-handed pitcher for the Boston Red Sox, but achieved his greatest fame as a slugging outfielder for the New York Yankees. Ruth established many MLB batting (and some pitching) records, including career home runs (714), slugging percentage (.690), runs batted in (RBIs) (2,213), bases on balls (2,062), and on-base plus slugging (OPS) (1.164); his career slugging percentage and OPS records still stand today. He was one of the first five inductees into the National Baseball Hall of Fame and Museum/National Baseball Hall of Fame in 1936.

If you enjoy these quotes, be sure to check out other famous athletes! More Babe Ruth on Wikipedia.

Don't let the fear of striking out hold you back.

Every strike brings me closer to the next home run. 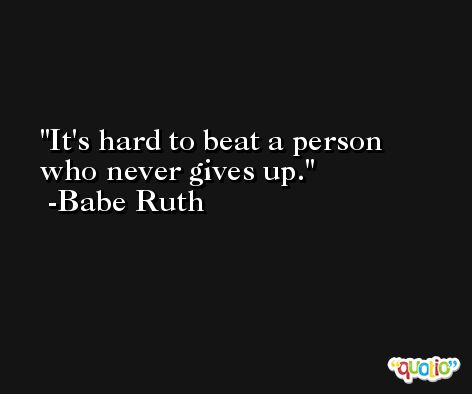 If it wasn't for baseball, I'd be in either the penitentiary or the cemetery.

How to hit home runs: I swing as hard as I can, and I try to swing right through the ball... The harder you grip the bat, the more you can swing it through the ball, and the farther the ball will go. I swing big, with everything I've got. I hit big or I miss big. I like to live as big as I can. 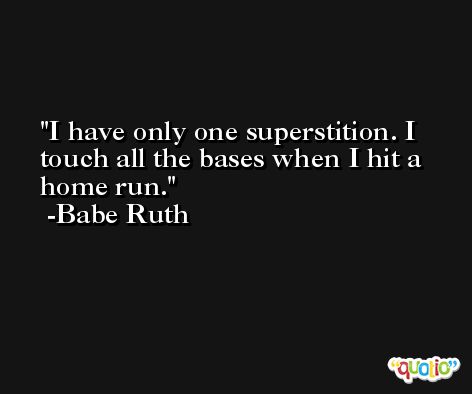 Never let the fear of striking out get in your way. 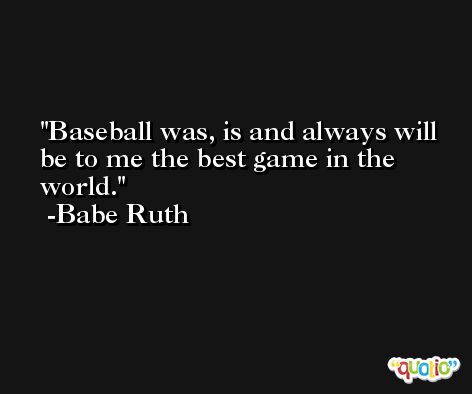 It's hard to beat somebody when they don't give up.

I won't be happy until we have every boy in America between the ages of six and sixteen wearing a glove and swinging a bat.