"Sir Alfred Joseph Hitchcock", Knight Commander of the Most Excellent Order of the British Empire/KBE was an English film director and producer. Often nicknamed "The Master of Suspense", he pioneered many techniques in the Thriller (genre)/suspense and psychological thriller genres. After a successful career in Cinema of the United Kingdom/British cinema in both silent films and early sound film/talkies, renowned as England's best director, Hitchcock moved to Cinema of the United States/Hollywood in 1939 and became a US citizen in 1955.

Over a career spanning more than half a century, Hitchcock fashioned for himself a distinctive and recognisable directorial style. He pioneered the use of a camera made to move in a way that mimics a person's gaze, forcing viewers to engage in a form of voyeurism. He framed shots to maximise anxiety, fear, or empathy, and used innovative film editing. His stories often feature fugitives on the run from the law alongside "icy blonde" female characters.If you enjoy these quotes, be sure to check out other famous directors! More Alfred Hitchcock on Wikipedia.

Television has brought back murder into the home - where it belongs.

If it's a good movie, the sound could go off and the audience would still have a perfectly clear idea of what was going on. 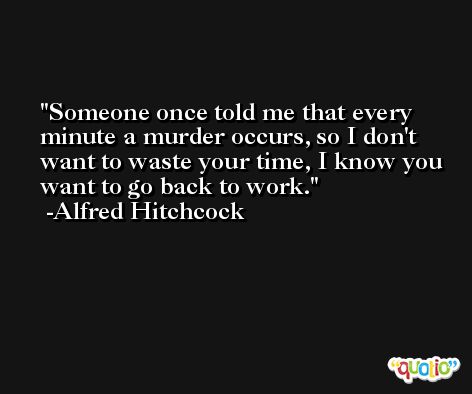 When an actor comes to me and wants to discuss his character, I say, 'It's in the script.' If he says, 'But what's my motivation?, ' I say, 'Your salary.'

Television has done much for psychiatry by spreading information about it, as well as contributing to the need for it. 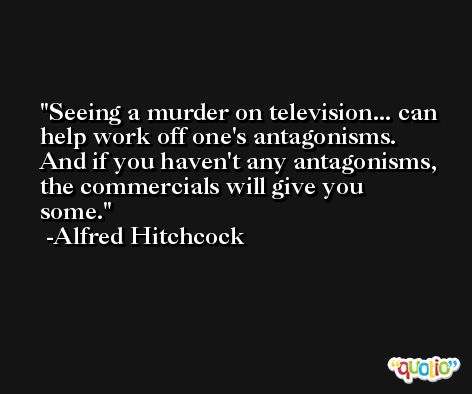 These are bagpipes. I understand the inventor of the bagpipes was inspired when he saw a man carrying an indignant, asthmatic pig under his arm. Unfortunately, the man-made sound never equaled the purity of the sound achieved by the pig.

There is no terror in a bang, only in the anticipation of it. 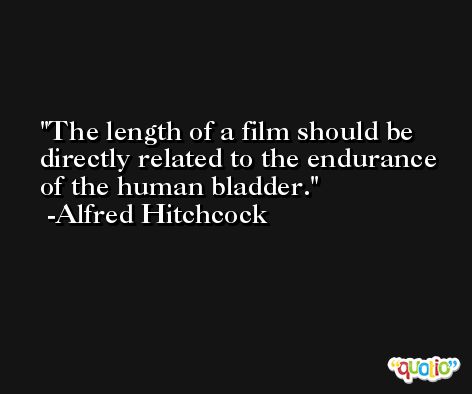 There's nothing to winning, really. That is, if you happen to be blessed with a keen eye, an agile mind, and no scruples whatsoever.

Always make the audience suffer as much as possible. 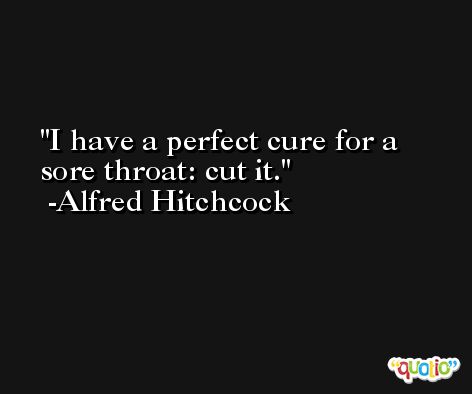 This paperback is very interesting, but I find it will never replace a hardcover book - it makes a very poor doorstop.

Disney, of course, has the best casting. If he doesn't like an actor, he just tears him up. 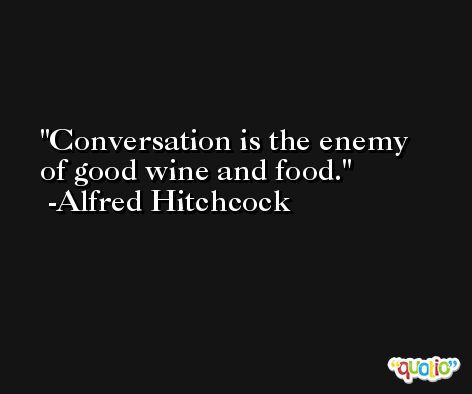 I never said actors were cattle. I said that actors should be treated like cattle.

I never said all actors are cattle; what I said was all actors should be treated like cattle. 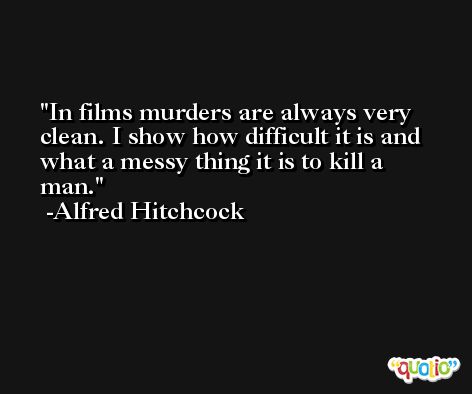 Drama is life with the dull bits cut out.

We seem to have a compulsion these days to bury time capsules in order to give those people living in the next century or so some idea of what we are like. I have prepared one of my own. I have placed some rather large samples of dynamite, gunpowder, and nitroglycerin. My time capsule is set to go off in the year 3000. It will show them what we are really like. 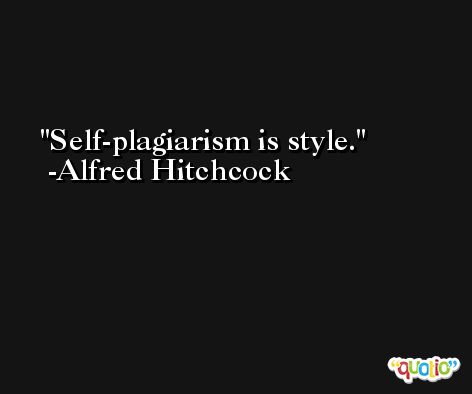