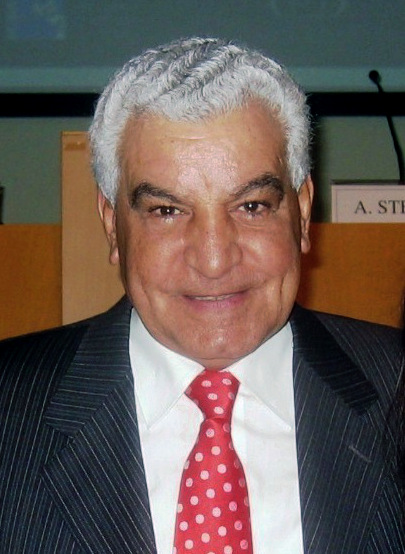 "Zahi Hawass" is an Egyptians/Egyptian archaeology/archaeologist, an Egyptology/Egyptologist, and former Minister of State for Antiquities Affairs. He has also worked at archaeological sites in the Nile Delta, the Libyan Desert/Western Desert, and the Upper and Lower Egypt/Upper Nile Valley.

Hawass has received widespread publicity internationally, and was the subject of a reality television series in the United States, Chasing Mummies. His views and links to business ventures and the Hosni Mubarak/Mubarak regime have engendered controversy. In connection with the awarding of a gift shop contract at the Egyptian Museum and alleged smuggling of antiquities, he was sentenced to a prison term, which was later lifted.

If you enjoy these quotes, be sure to check out other famous scientists! More Zahi Hawass on Wikipedia.

This is the jealousy, ... of the followers of the evil god Seth.

We are the only ones who really can care about the preservation Foreigners who come to excavate, maybe some of them care about preservation, but the majority care about discoveries. 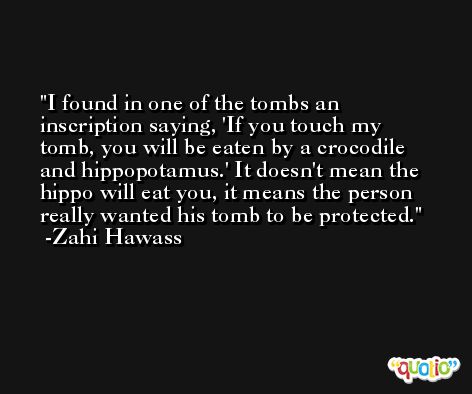 I am damn good. I am doing all this for Egypt and nothing else. I reject 70 per cent of media interviews while these people who accuse me are running after them.

Anyone can like their job, ... To love your job is not enough, you must give your passion to your job. 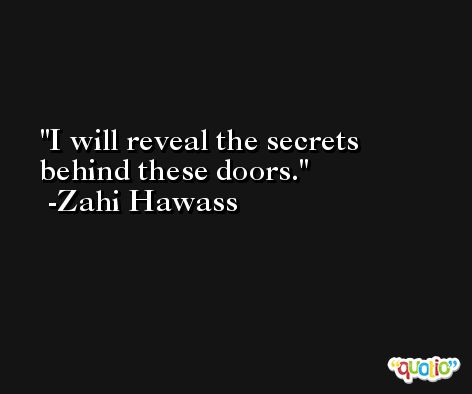 When I make a new discovery, every journalist in every newspaper wants to know, ... These are all important. To know of this greatest civilization - the greatest people, both rich and poor - it is the best thing we could know.

I will announce some of the tombs I found next to the great pyramid of Khufu. One is an intact tomb that I have not opened yet. 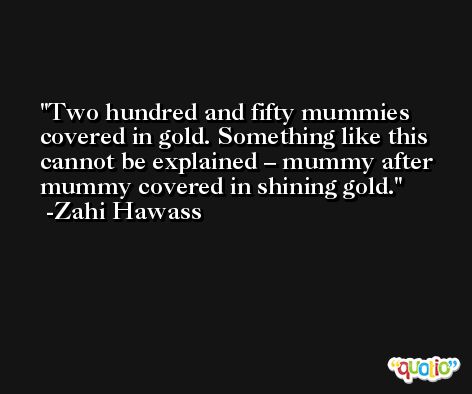