The book and the film adaptations both vividly depict an odd Wonka, a phoenix-like man arising from his Creativity/creative and Eccentricity (behavior)/eccentric genius. He bewilders the other characters with his antics, but Charlie enjoys Wonka's behavior. In Charlie and the Chocolate Factory (film)/the 2005 film adaptation, Willy Wonka's behavior is viewed more as a sympathetic character flaw. Wonka's reasons for giving away his fabulous factory are never revealed in the books, but in the Willy Wonka & the Chocolate Factory/1971 film adaptation, Wonka tells Charlie he "can't live forever", so he wanted to find a sweet child to whom he could entrust his candy making secrets.

You should never doubt what no one is sure about.

A little nonsense, now and then, is relished by the wisest men. 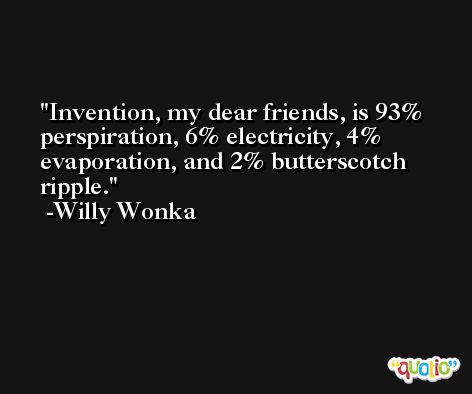 Violet Beauregarde: [with her finger in her nose] Spitting's a nasty habit.Willy Wonka: I know a worse one.

So much time, and so little to do! Strike that, reverse it. 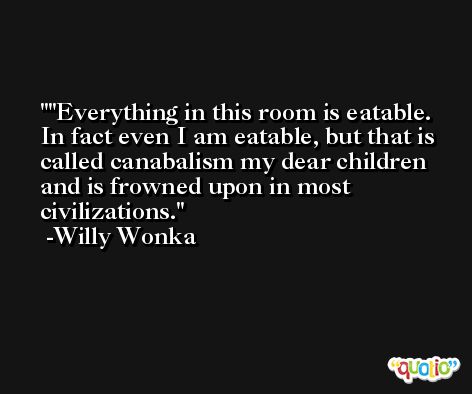 Chewing Gum is really gross, chewing gum I hate the most.