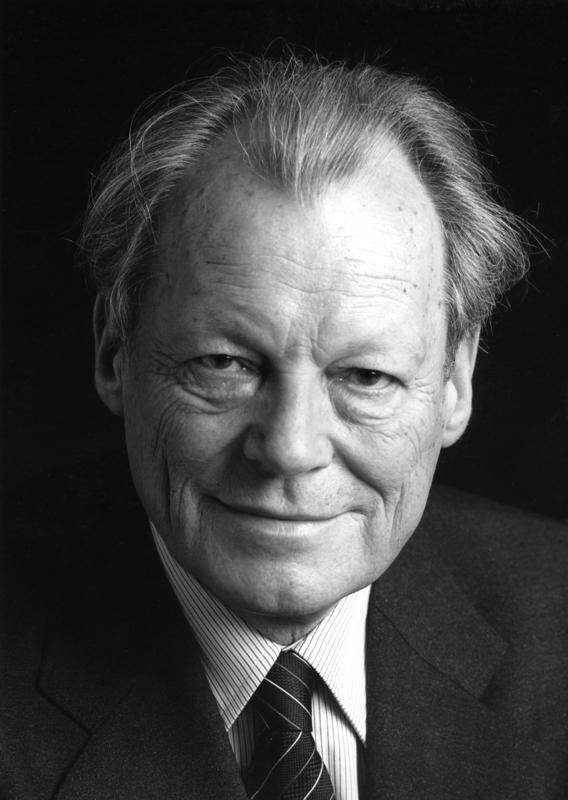 "Willy Brandt" was a German statesman and politician, leader of the Social Democratic Party of Germany (SPD) from 1964 to 1987 and chancellor of the Federal Republic of Germany from 1969 to 1974. He was awarded the Nobel Peace Prize in 1971 for his efforts to strengthen cooperation in western Europe through the EEC and to achieve reconciliation between West Germany and the countries of Eastern Europe. He was the first Social Democrat chancellor since 1930.

If you enjoy these quotes, be sure to check out other famous politicians! More Willy Brandt on Wikipedia.

There is going to be a lot of plain-talking in this election.