"William Weaks "Willie" Morris", was an American writer and editor born in Jackson, Mississippi, though his family later moved to Yazoo City, Mississippi, which he immortalized in his works of prose. Morris' trademark was his lyrical prose style and reflections on the American South, particularly the Mississippi Delta. In 1967 he became the youngest editor of Harper's Magazine. He wrote several works of fiction and non-fiction, including his seminal book North Toward Home, as well as My Dog Skip.

If you enjoy these quotes, be sure to check out other famous writers! More Willie Morris on Wikipedia.

We want to help further the understanding of the Italian culture and language to those who are interested. We're hoping that these events will spark students' interests in our club and prompt more people to join, along with providing an educational and entertaining experience. 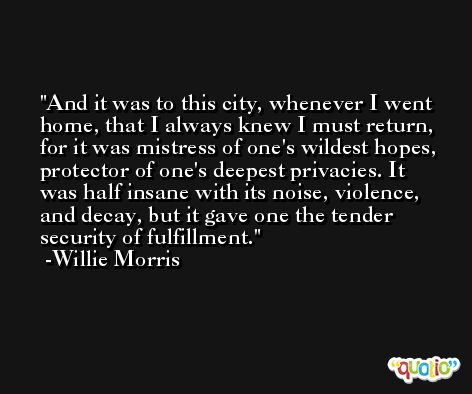