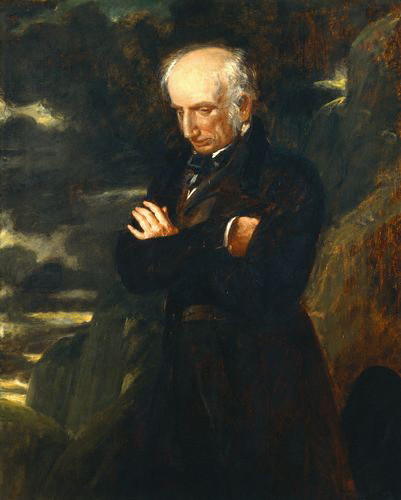 "William Wordsworth" was a major English Romantic poetry/Romantic poet who, with Samuel Taylor Coleridge, helped to launch the Romanticism/Romantic Age in English literature with their joint publication Lyrical Ballads (1798).

Wordsworth's masterpiece/magnum opus is generally considered to be The Prelude, a semiautobiographical poem of his early years that he revised and expanded a number of times. It was posthumously titled and published, before which it was generally known as "the poem to Coleridge". Wordsworth was Britain's Poet Laureate from 1843 until his death in 1850.

If you enjoy these quotes, be sure to check out other famous poets! More William Wordsworth on Wikipedia.

Poetry is the spontaneous overflow of powerful feelings: it takes its origin from emotion recollected in tranquility.

To me the meanest flower that blows can give Thoughts that do often lie too deep for tears. 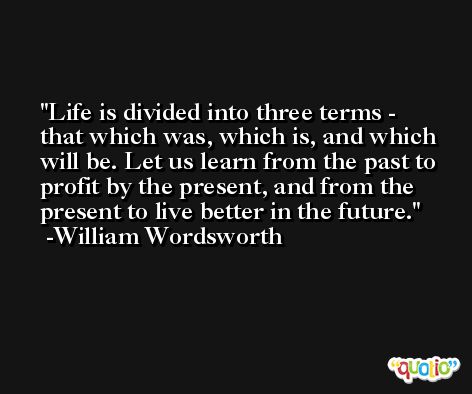 Look for the stars, you'll say that there are none;Look up a second time, and, one by one,You mark them twinkling out with silvery light,And wonder how they could elude the sight!

We have within ourselvesEnough to fill the present day with joy,And overspread the future years with hope. 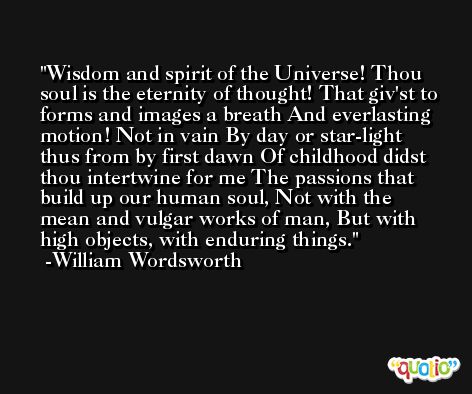 She was a phantom of delight When first she gleam'd upon my sight; A lovely apparition, sent To be a moment's ornament.

The world is too much with us; late and soon, Getting and spending, we lay waste our powers: Little we see in Nature that is ours; We have given our hearts away, a sordid boon! 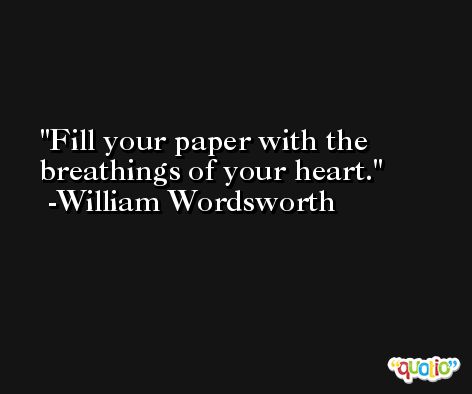 That best portion of a good man's life, His little, nameless, unremembered acts of kindness and of love.

That though the radiance which was once so bright be now forever taken from my sight. Though nothing can bring back the hour of splendor in the grass, glory in the flower. We will grieve not, rather find strength in what remains behind. 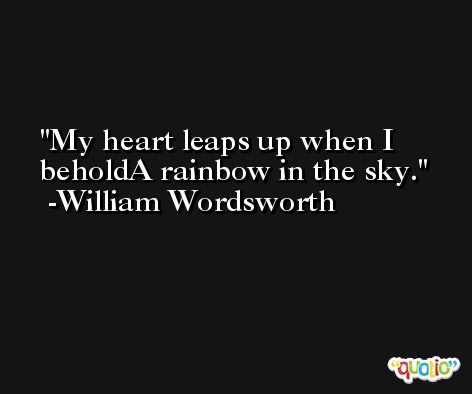 The silence that is in the starry sky,The sleep that is among the lonely hills.

What though the radiance which was once so bright Be not forever taken from my sight, Though nothing can bring back the hour Of splendour in the grass, of glory in the flower;Grief not, rather find, Strength in what remains behind, In the primal sympathy Which having been must ever be, In the soothing thoughts that spring Out of Human suffering, In the faith. 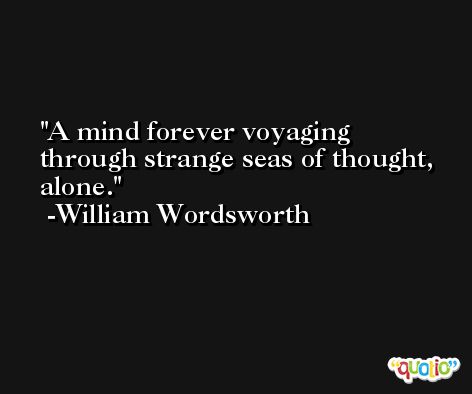 Poetry is the spontaneous overflow of powerful feelings.