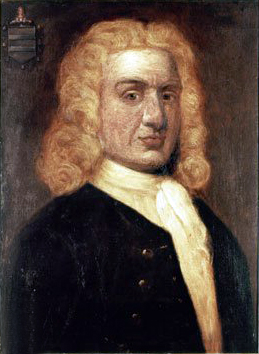 "Captain William Kidd" was a Scotland/Scottish sailor who was tried and executed for piracy after returning from a voyage to the Indian Ocean. Some modern historians deem his piratical reputation unjust, as there is evidence that Kidd acted only as a privateer. Kidd's fame springs largely from the sensational circumstances of his questioning before the Parliament of England/English Parliament and the ensuing trial. His actual depredations on the high seas, whether piratical or not, were both less destructive and less lucrative than those of many other contemporary pirates and privateers.

If you enjoy these quotes, be sure to check out other famous explorers! More William Kidd on Wikipedia.

I would rather my soul broil in hell than I do you any harm.

If you will take her, you may take her, but if you go from aboard, you shall never come aboard again. 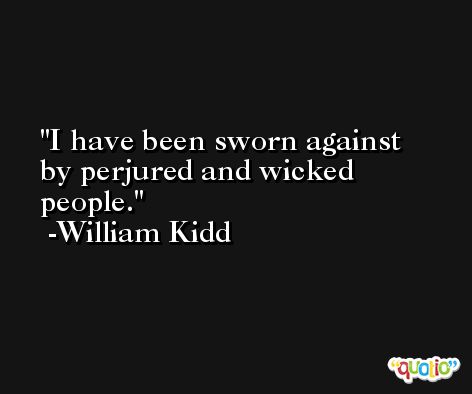 I had no money nor friends to prepare for the trial till last night.

This ship was a league from us, and some of the men would have taken her, and I would not consent to it, and this Moore said I always hindered them making their fortunes. Was that not the reason I struck him? Was there a mutiny on board? 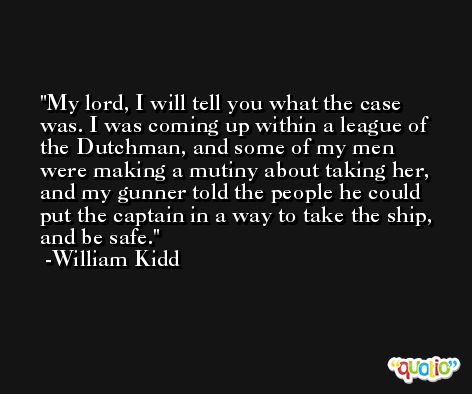 I had all the provocation in the world to kill... I had no malice or spleen against him... It was not designedly done, but in my passion, for which I am heartily sorry.

My lord, I have some matter of law relating to the indictment, and I desire counsel to speak to it. 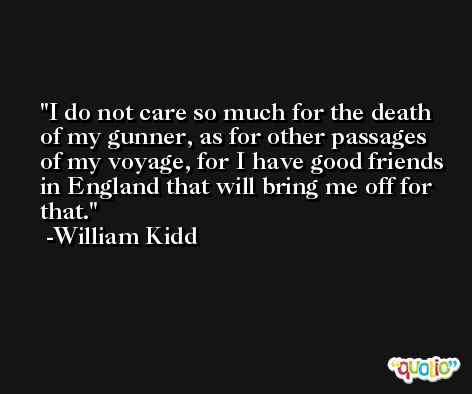