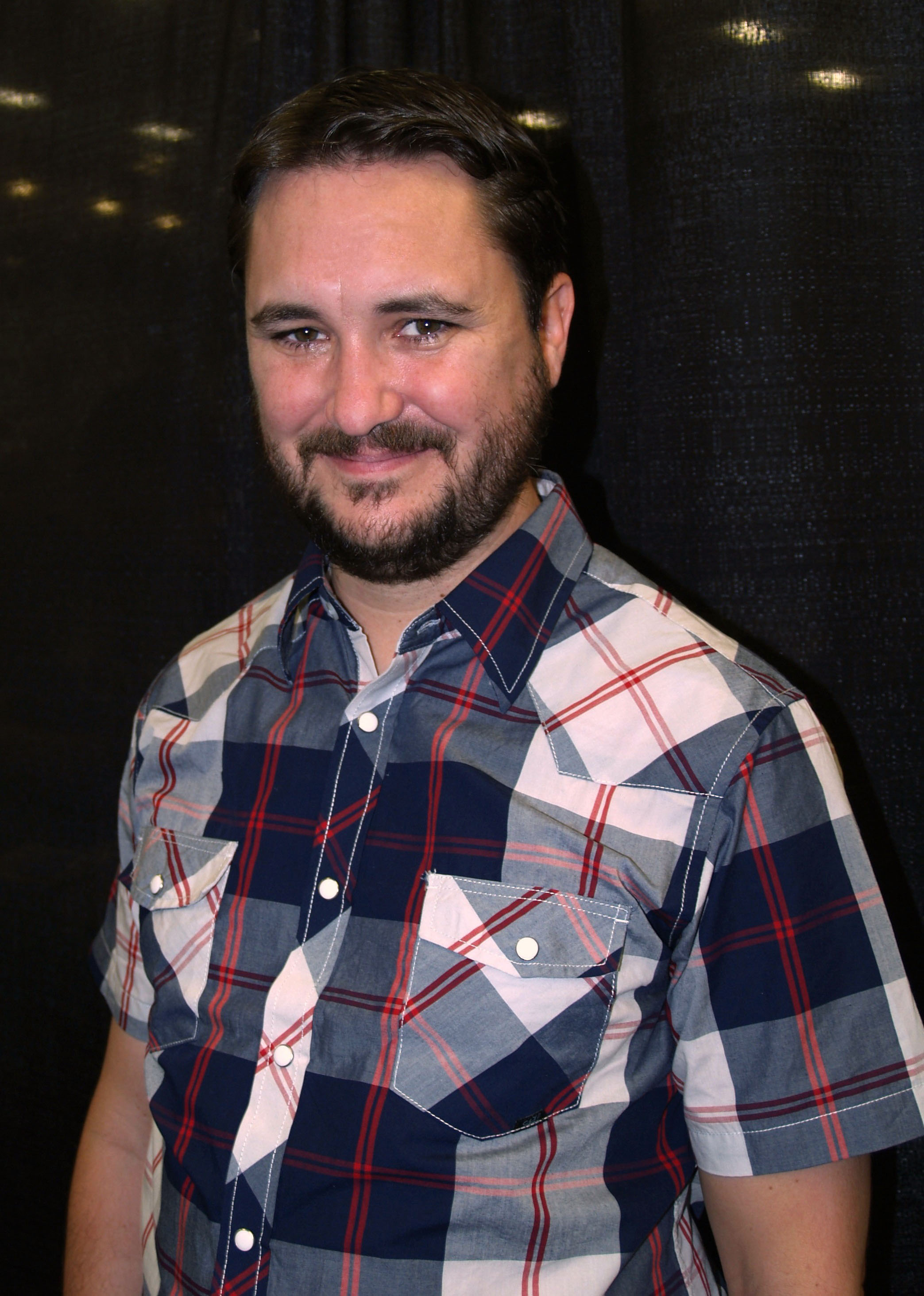 "Richard William" ""Wil"" "Wheaton III" is an American actor, blogger and writer, known for his portrayals of Wesley Crusher on the television series Star Trek: The Next Generation, Gordie Lachance in the film Stand by Me (film)/Stand by Me, Joey Trotta in Toy Soldiers (1991 film)/Toy Soldiers, and for his recurring role as a fictionalized version of himself on the CBS sitcom The Big Bang Theory.

If you enjoy these quotes, be sure to check out other famous actors! More Wil Wheaton on Wikipedia.

I'm keenly aware of the Pride coming before the Fall . . . but I really do like what I've been able to do here. 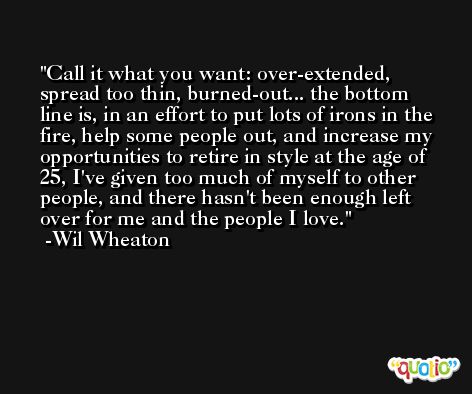 When I was so sick about ten days ago, I had a fever-induced epiphany: I needed to make several changes in my life. I needed to redefine some boundaries, and re-organize my priorities.

As an actor and writer, husband and father, I have two often-conflicting monkeys on my back: Monkey number one is Creative Monkey. He occasionally digs his claws into my brains, and refuses to let go until something wonderful comes out. I love him. 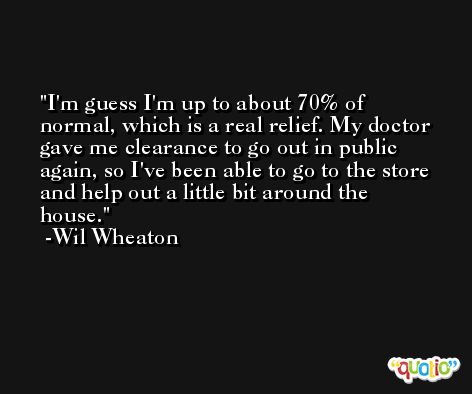 For months, something had been bothering me, and I couldn't put my finger on it. It was like seeing something out of the corner of my eye that vanished whenever I tried to look directly at it, but it suddenly came into focus: I have felt, for a very long time, like people wanted a piece of me, and I'd willingly given it up.

I believe that everything happens for a reason, and I believe that I didn't come down with a crippling case of mono that forced me to bring my life to a complete halt just because The Universe hit a two-outer on the River to take me down. 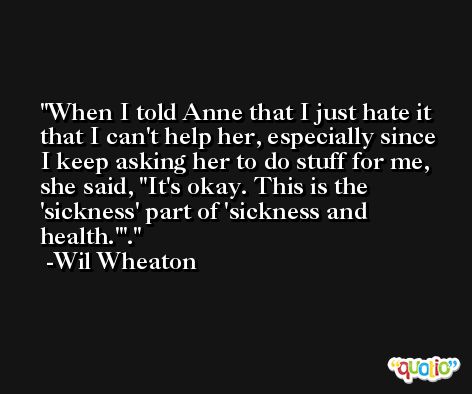 I'm a passionate person, and I'm passionate about politics. I'm going to write about it, and I'm not going to pull any punches.

This may seem like stupid semantics on my part, but actors are so often misrepresented in the press, I feel it's important to set the record straight here. Residual payments are not profit-sharing. Residual payments are reuse fees that producers pay to actors when they've re-used the actor's performance a certain number of times.