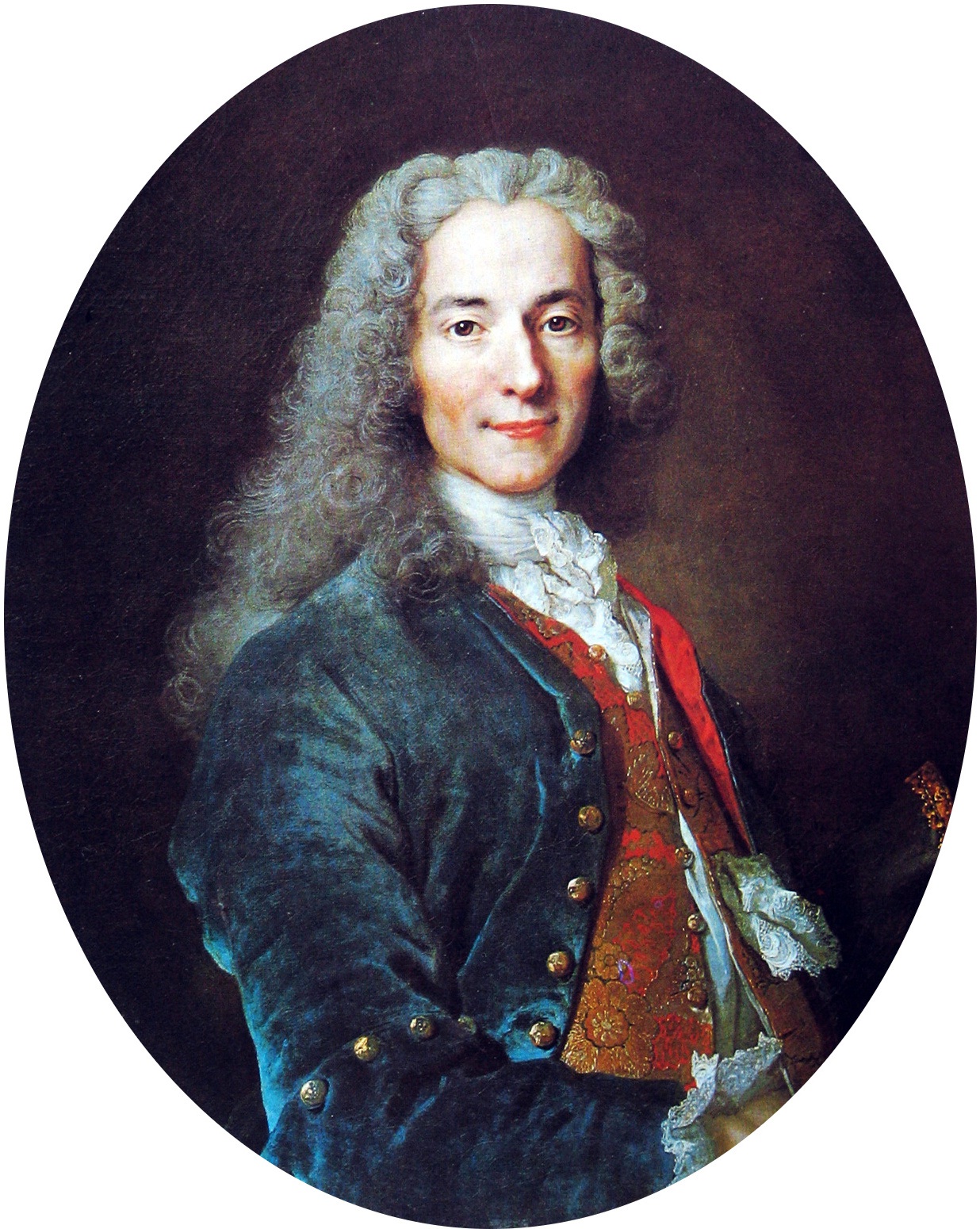 "François-Marie Arouet", known by his Pen name/nom de plume "Voltaire" (; ), was a French Age of Enlightenment/Enlightenment writer, historian, and philosophy/philosopher famous for his wit, his attacks on the established Catholic Church, and his advocacy of freedom of religion, freedom of expression, and separation of church and state. Voltaire was a versatile writer, producing works in almost every literary form, including plays, poems, novels, essays, and historical and scientific works. He wrote more than 20,000 letters and more than 2,000 books and pamphlets. He was an outspoken advocate, despite the risk this placed him in under the strict censorship laws of the time. As a Satire/satirical polemicist, he frequently made use of his works to criticize intolerance, religious dogma, and the French institutions of his day.

If you enjoy these quotes, be sure to check out other famous writers! More Voltaire on Wikipedia.

Now, now my good man, this is no time for making enemies.

The secret of being boring is to say everything. 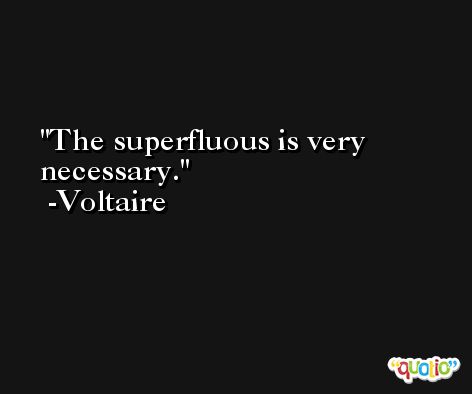 Every man is guilty of all the good he didn't do.

May God defend me from my friends; I can defend myself from my enemies. 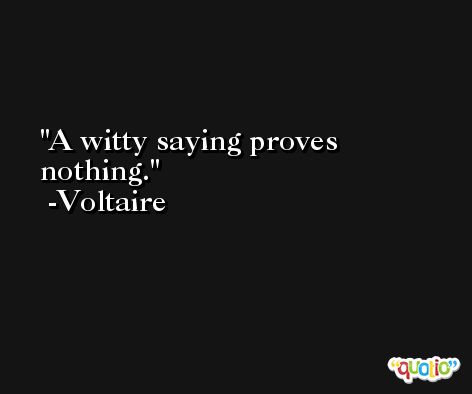 We're neither pure; nor wise; nor good; we do the best we know.

Man is free at the moment he wishes to be. 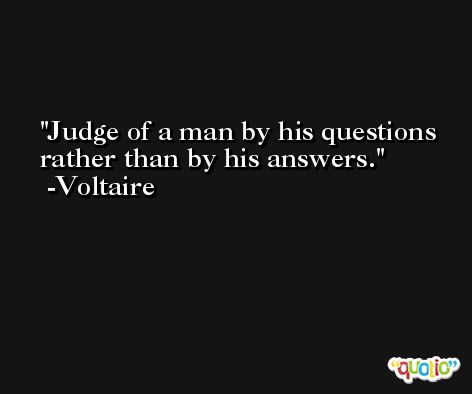 As long as there are fools and rascals, there will be religions.

...the safest course is to do nothing against one's conscience. With this secret, we can enjoy life and have no fear from death. 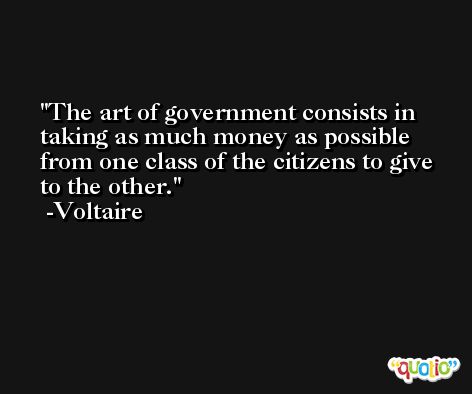 The man who leaves money to charity in his will is only giving away what no longer belongs to him.

Do well and you will have no need for ancestors. 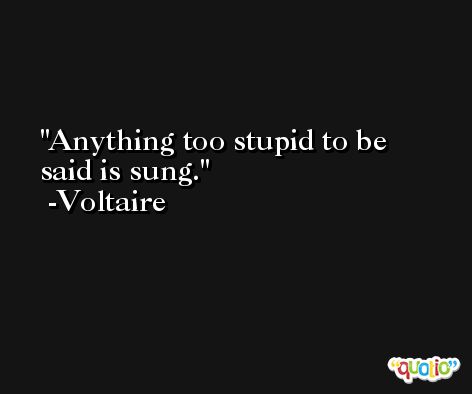 True greatness consists in the use of a powerful understanding to enlighten oneself and others.

If there were no God, it would have been necessary to invent him. 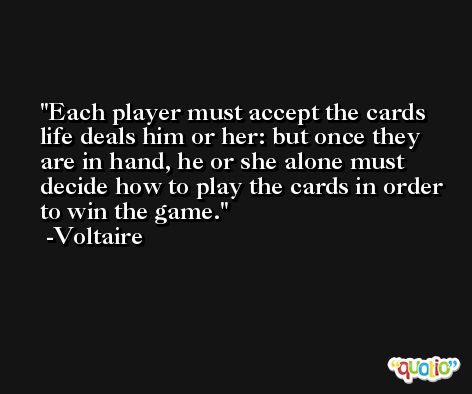 If God created us in his own image, we have more than reciprocated.

Canada: A few acres of snow. 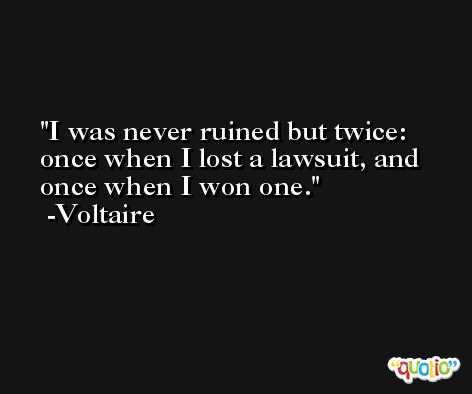 The Holy Roman Empire was neither holy, nor Roman nor an Empire.

God is a circle whose center is everywhere and circumference nowhere.

This is no time to make new enemies.

Monsieur l'abbé, I detest what you write, but I would give my life to make it possible for you to continue to write. 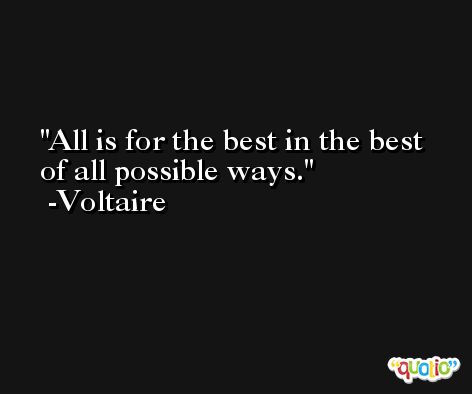 Everything's fine today, that is our illusion. 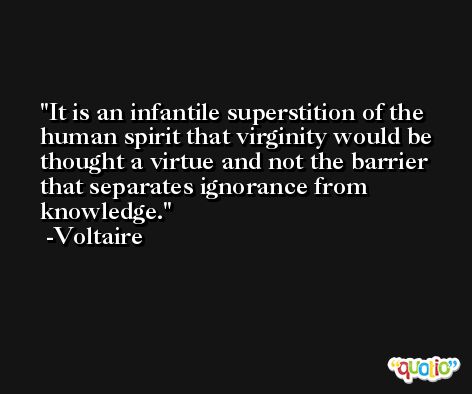