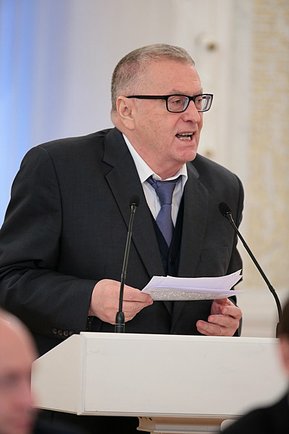 "Vladimir Volfovich Zhirinovsky" , born "Vladimir Volfovich Eidelstein" on 25 April 1946, is a Russian politician and political activism/political activist. He is a colonel in the Russian Ground Forces/Russian Army, founder and the leader of the Liberal Democratic Party of Russia (LDPR), a member of the Parliamentary Assembly of the Council of Europe/Parliamentary Assembly of the Council of Europe and was twice, in 2000 and in 2004, elected deputy speaker of the Duma.

Zhirinovsky is often viewed as "a showman of Russian politics, blending populist and nationalist rhetoric, Anti-Western sentiment/anti-Western invective and a brash, confrontational style". According to Reuters, "Although nominally part of the Russian opposition, he is widely seen as a servant of Kremlin policy, used to float radical opinions to test public reaction."

If you enjoy these quotes, be sure to check out other famous politicians! More Vladimir Zhirinovsky on Wikipedia.

This company will torture us for another 20 to 30 years, even if it doesn't get anything, ... There will be fear for any of our exhibitions and any of our property abroad. We should have taken care of this problem long ago.

I've never signed any contract and never received a cent from Iraq. 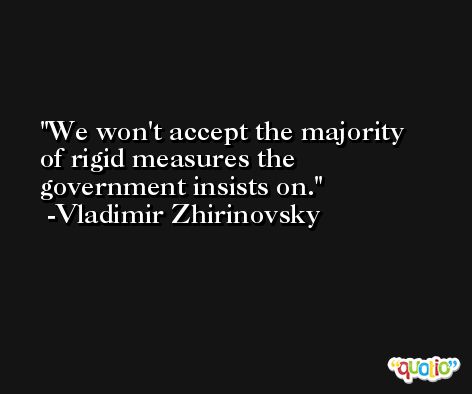 Turn off your iron and save the city.

(We should allow) only Orthodoxy. 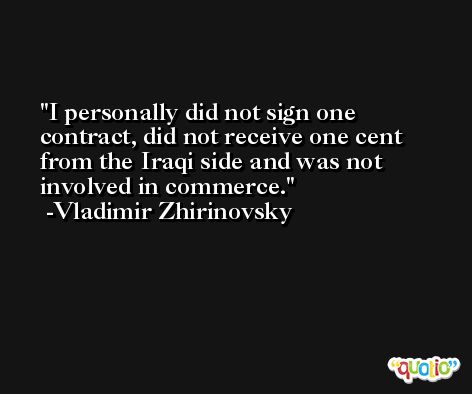 We used to have an experienced prime minister with gray hair, 60 years old and suddenly they got rid of him and put this little boy in his place. You can't take a first-grader and put him into academics.

I didn't sign any contracts, and I didn't see any oil. 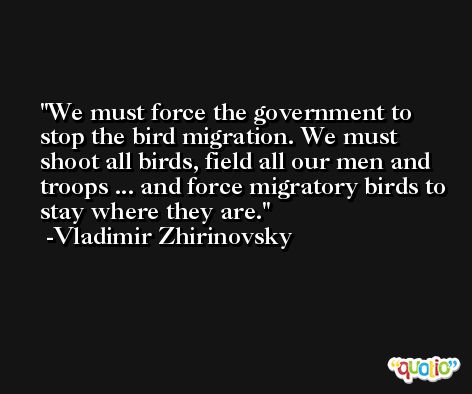