If you enjoy these quotes, be sure to check out other famous politicians! More Vince Cable on Wikipedia.

It is embarrassing, the things he's said and the things he's subsequently done, and it illustrates the wider point that for any political party, including ours, to be dependent on big private donors is not acceptable and we do need to change the system to have a cap on donations.

It's a tax-cutting measure and we should have made that clearer. 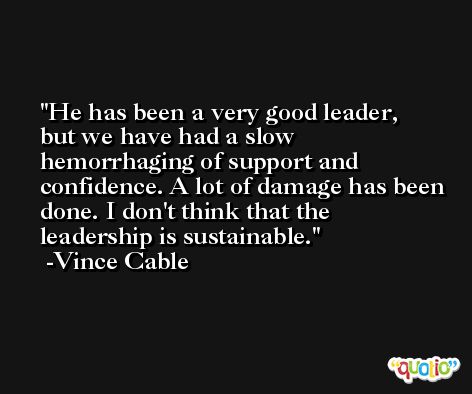 Rather than simply auditing assumptions, the NAO should report progress against the Chancellor's fiscal rules at the time of the Budget and pre-Budget report.

Gordon Brown is in serious trouble for the first time as chancellor because of problems of his own making. 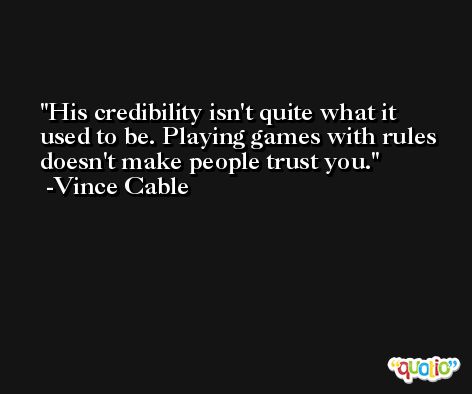