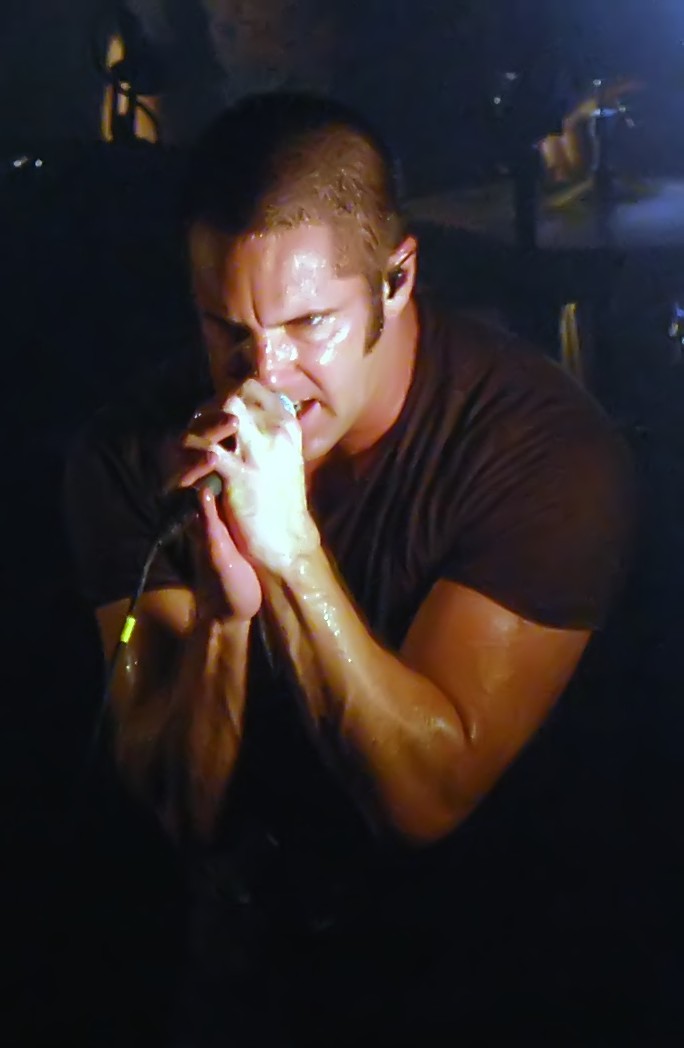 "Michael Trent Reznor", known professionally as "Trent Reznor", is an American singer-songwriter, composer, and record producer. As a vocalist and multi-instrumentalist, Reznor has led the industrial rock project Nine Inch Nails since 1988. His first release as Nine Inch Nails, the 1989 album Pretty Hate Machine, was a commercial and critical success. He has since released eight studio albums. He left Interscope Records in 2007 and was an independent recording artist until signing with Columbia Records in 2012.

Reznor was previously associated with the bands Option 30, The Innocent (band)/The Innocent, and Exotic Birds in the mid-1980s. Outside of Nine Inch Nails, he has contributed to the albums of artists such as Marilyn Manson (band)/Marilyn Manson and Saul Williams. He and his wife, Mariqueen Maandig, are members of the Post-industrial music/post-industrial group How to Destroy Angels (band)/How to Destroy Angels, alongside Reznor's fellow composer Atticus Ross and long-time Nine Inch Nails graphic designer Rob Sheridan.

If you enjoy these quotes, be sure to check out other famous musicians! More Trent Reznor on Wikipedia.

Nine Inch Nails was an experiment with me in discipline. I realized when I was 23 that I had never really tried anything. Schoolwork came easy to me. I learned to play piano effortlessly. I was coasting. I realized that I was afraid to really, really try something, 100 percent, because I had never reached true failure.

I think there's something strangely musical about noise. 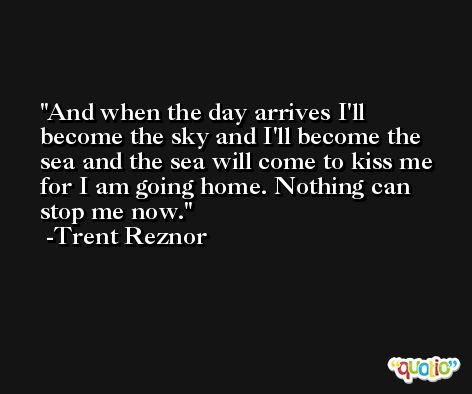 I feel uncomfortable because I'm insecure about who I am.

I just want something I can never have. 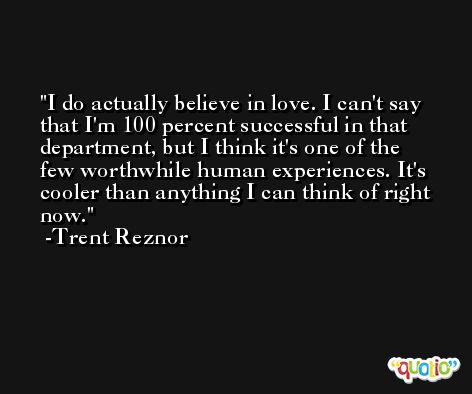 Bow down before the one you serve, You're going to get what you deserve.

In my nothing , you were everything , to me. 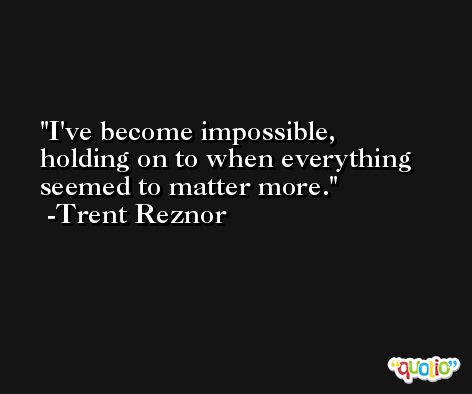