"Thomas Charles Feeney, III", known as "Tom Feeney", is an United States/American politician from the state of Florida. He represented . He was defeated in the United States House of Representatives elections in Florida, 2008#District 24/2008 election by U.S. Democratic Party/Democrat Suzanne Kosmas.

If you enjoy these quotes, be sure to check out other famous athletes! More Tom Feeney on Wikipedia.

I am not sure that much of America will remember what we said here today, but I would think that they will remember ... that 120 members of this institution did their duty, and I want to think you, whether you were for or against the resolution, ... This might be the most important issue any of us ever vote on. 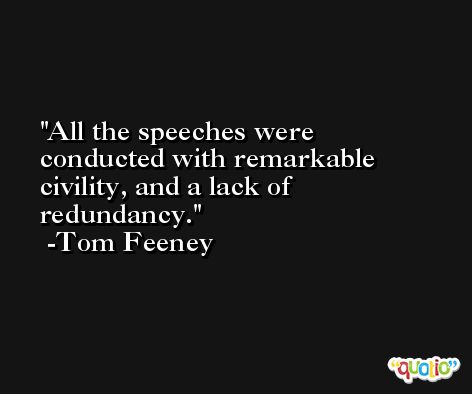 Two things Florida can teach the other 49 states: how to make a good margarita and how to deal with the aftermath of a hurricane.

Genuine concern [which] could easily turn into frustration and anger. 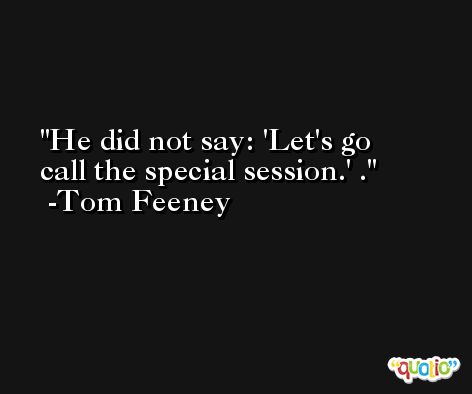 A safe, reliable and cost-effective way to meet the new challenges of our exploration goals.

Today, literally much of the world is watching, and history is watching us as well. 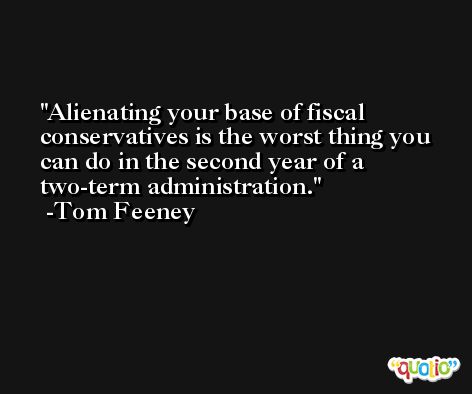