"Todd Boyd", aka "Notorious Ph.D.," is the Katherine and Frank Price Endowed Chair for the Study of Race & Popular Culture and Professor of Critical Studies in the USC School of Cinematic Arts. Dr. Boyd is an accomplished scholar, author, media commentator, producer and consultant. He is regarded as one of the nation's leading experts on American popular culture and is especially noted for his pioneering work on media, race, cinema, hip hop culture, and sports. Boyd received his Ph.D in Communication Studies from the University of Iowa in 1991 and began his professorial career at USC in the fall of 1992.

He's a good athlete with game-changing ability, ... Sometimes we use him as a decoy. He also plays both ways all the time and has one interception for a 100-yard touchdown (in a 48-20 victory over Briggs on Sept. 2).

In classical music, love is based on bitin' -- imitation. It's not based on interpretation. A jazz musician, if he plays someone else's song, has a responsibility to make a distinct and original statement. 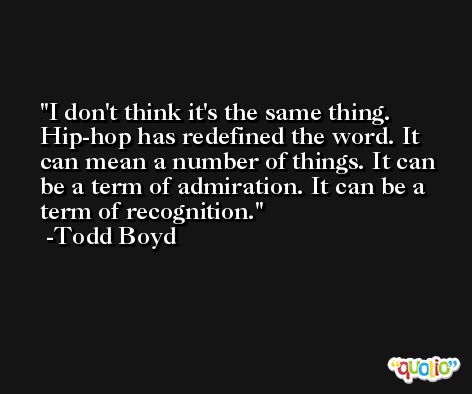 It's a case that had everything, ... There's multiple murders, there's a famous former football player who had become an actor, there are drugs, there's sex, there's violence, there's interracial marriage.

We've got some guys who can throw. They just haven't been put in big situations. 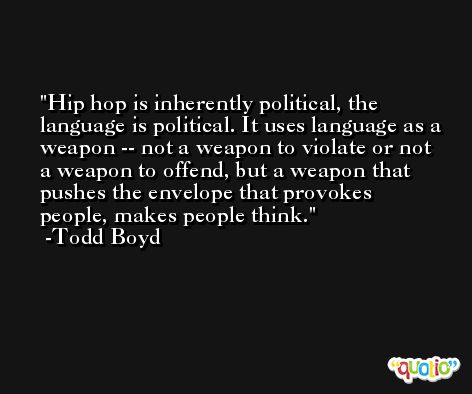 Network television is not interested in civil rights; they're interested in making money. If things that will generate money are diverse in any way, so be it, but if not, they'll go in the other direction.

Frankly I love the word 'nigga.' It is my favorite word in the English language because no other word incites more controversy today.