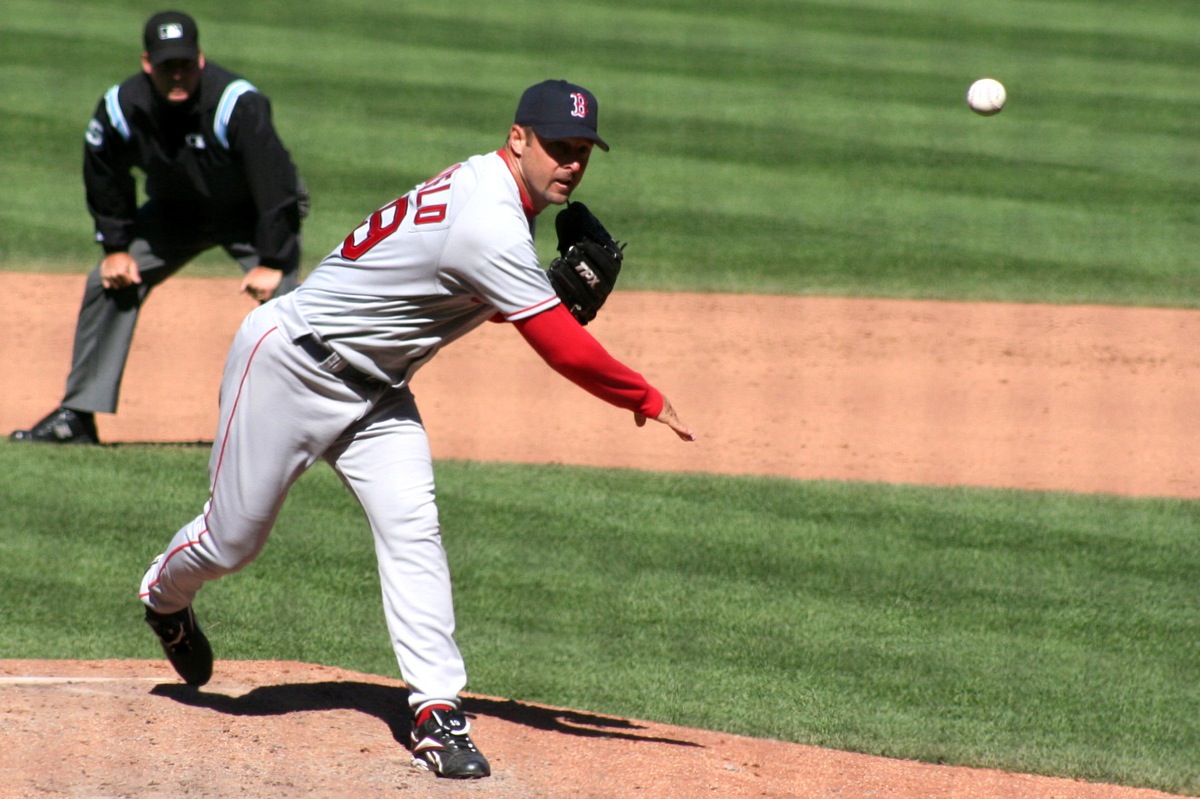 "Timothy Stephen "Tim" Wakefield" is an American former professional baseball pitcher. Wakefield began his pitching career with the Pittsburgh Pirates, but is most remembered for his 17-year tenure with the Boston Red Sox, starting in 1995 and ending with his retirement in 2012 as the longest-serving player on the team. Wakefield, at the time of his retirement, was the oldest current active player in the majors.

Wakefield won his 200th career game on September 13, 2011 against the Toronto Blue Jays, and is third on the Boston Red Sox with 186 team victories, behind both Cy Young and Roger Clemens, who have 192 each. He is second in all-time wins at Fenway Park with 97, behind Roger Clemens' 100, and is first all-time in innings pitched by a Red Sox pitcher, with 3,006, having surpassed Roger Clemens' total of 2,777 on June 8, 2010.[http://www.chron.com/disp/story.mpl/sports/6483867.html The Inside Pitch: Wakefield knuckles up ninth win / Sports / Chron.com - Houston Chronicle]

Wakefield was nominated eight times for the Roberto Clemente Award, winning the award in 2010.

You just try and focus on the next hitter and try and get an out. The fourth inning was horrible for me. But our offense did a tremendous job of picking me up.

We would have liked to win the division, ... but we're in. That's all that matters. 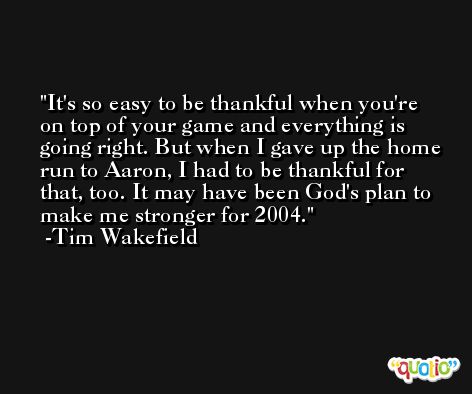 I wasn't sure. I thought it was a home run but when he called it foul I was thankful. Then when they reversed it, what are you going to do? I didn't see the replay so I can't tell you whether it was or not.

You hate to put your team down that much early, but I can't say enough about our offence. I am fortunate to be pitching on the right days when they have been scoring all those runs. 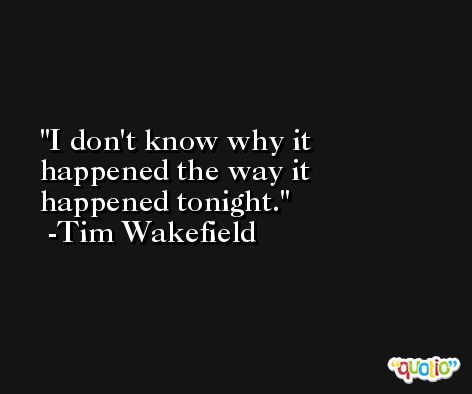 I had good stuff from the bullpen going into the game. The ball stayed up for Stairs, and from there it was a battle to keep the team in the game the rest of the way. You hate to put your team in a deficit right away. Manny got us back in the game, and it was my job to keep us there.

We didn't back in. How do you back in when you tie the New York Yankees for first place in the American League East? 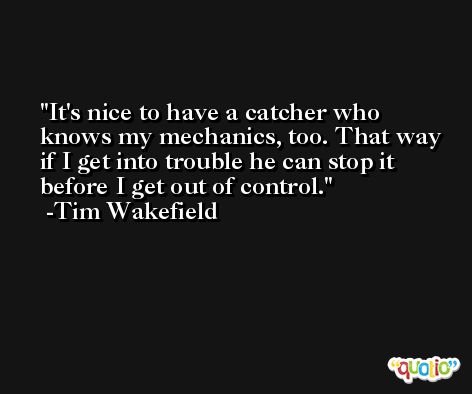