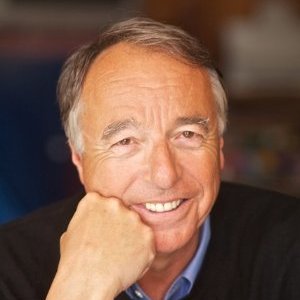 "Tim Sample" (born ), famous both for his presentation and his Maine accent, has sold well over a million copies of his books, albums, and videos (including four albums and a video for the Bert and I company). In the summer of 1993, Tim was recruited by Charles Kuralt as a correspondent for the Emmy Award winning TV Show CBS News Sunday Morning.

Over the following 11 years, Tim produced over 100 "Postcards from Maine" segments which introduced millions of CBS viewers around the nation and the world to the lifestyles of Mainers.

have a home in Washington County, Maine/Washington County and an apartment in Portland, Maine/Portland, and despite the traveling his career calls him to do, he has never lived (or wanted to live) anywhere other than in Maine.

If you enjoy these quotes, be sure to check out other famous comedians! More Tim Sample on Wikipedia.

All he has is his dog and his imagination.

It may well be my last one, ... It's hard work. I think if I were to write again I would write a book for adults. I think I would like to write a mystery. Maybe I'll find out. 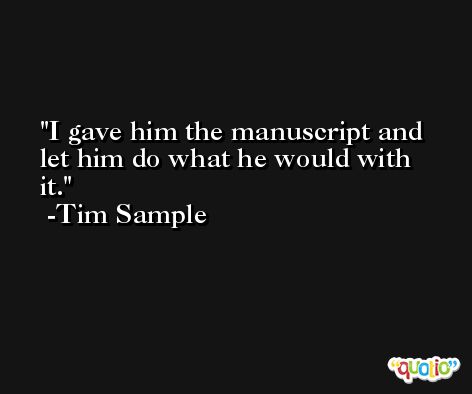 Children are, to my mind, far more interesting to work with than grownups, ... They're incredibly honest. They'll tell you exactly what they think.

It's the inner voice speaking I guess.