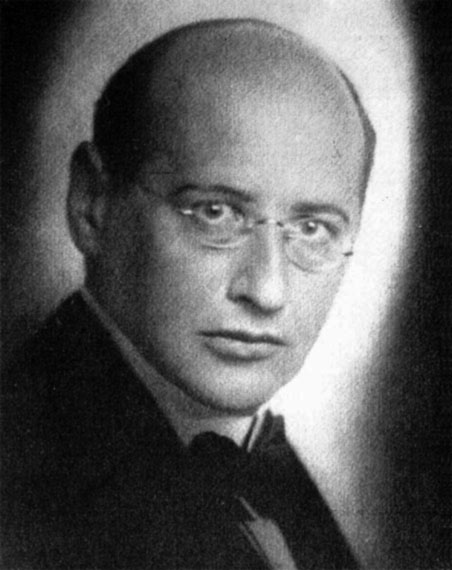 "Theodor Reik" was a prominent psychoanalyst who trained as one of Freud's first students in Vienna, Austria. Reik received a Ph.D. degree in psychology from the University of Vienna in 1912. His dissertation, a study of Flaubert's Temptation of Saint Anthony, was the first psychoanalytic dissertation ever written. After receiving his doctorate, Reik devoted several years to studying with Freud.

During the First World War, Reik was mobilized and had to face up to the situation with an unbearable helplessness. Reik contributed to a paper of Freud, published in 1919, The Uncanny. This term refers to a part of which that is horrifying. Some years later, in a text called The Dread written in 1924 and published in 1929, Reik makes a link between the aspects of traumatic neurosis, which was disseminated in the written papers of Freud, and suggests his own analysis. Freud recognized the pertinence of that paper. In 1935, a book is published in which Reik speaks about the dread when confronting thoughts, from the point of view of the psychoanalyst (Tréhel, G. 2012).

If you enjoy these quotes, be sure to check out other famous psychologists! More Theodor Reik on Wikipedia.

Great innovators and original thinkers and artists attract the wrath of mediocrities as lightning. 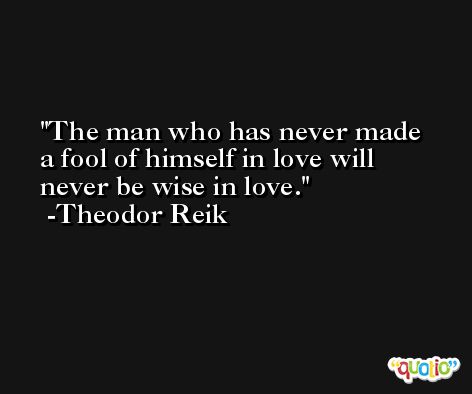 The repressed memory is like a noisy intruder being thrown out of the concert hall. You can throw him out, but he will bang on the door and continue to disturb the concert. The analyst opens the door and says, 'If you promise to behave yourself, you can come back in.

We are all in a race for dear life: that is to say, we are fugitives from death. 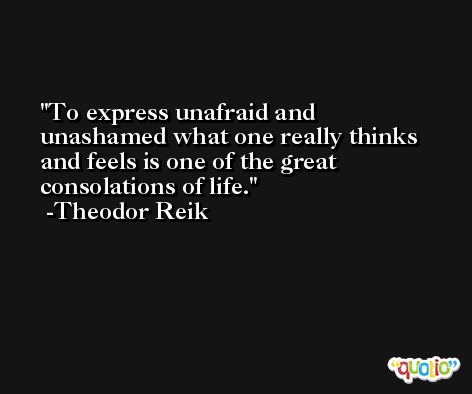 Great innovators and original thinkers and artists attract the wrath of mediocrities as lightning rods draw the flashes.

He [Freud] often said three things were impossible to fulfill completely; healing, education, governing. He limited his goals in analytic treatment to brining the patient to the point where he could work for a living and learn to love. 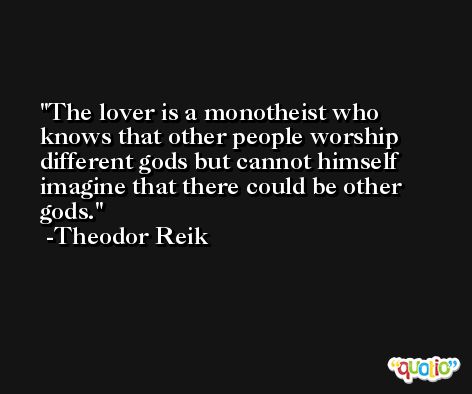