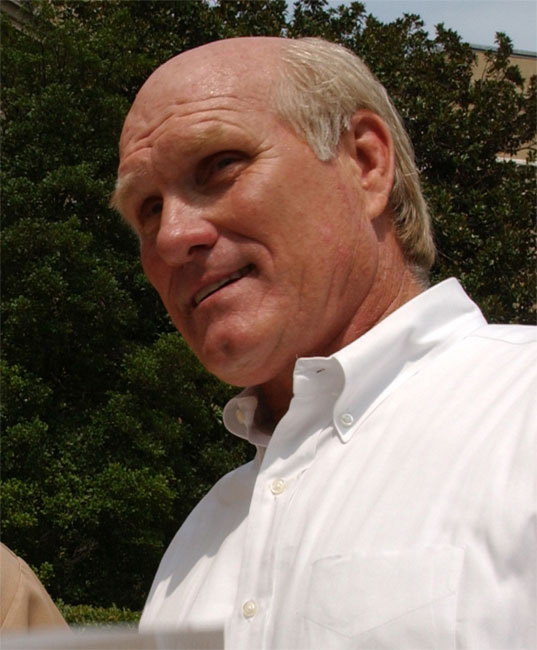 "Terry Paxton Bradshaw" is a former American football quarterback who played for the Pittsburgh Steelers in the National Football League (NFL). Since 1994, he has been a TV analyst and co-host of Fox NFL Sunday. He played for 14 seasons with Pittsburgh, won four Super Bowl titles in a six-year period (Super Bowl IX/1974, Super Bowl X/1975, Super Bowl XIII/1978, and Super Bowl XIV/1979), becoming the first quarterback to win three and four Super Bowls, and led the Steelers to eight AFC Central championships. He was inducted into the Pro Football Hall of Fame in 1989, his first year of eligibility.

A tough competitor, Bradshaw had a powerful – albeit at times erratic – arm and called his own plays throughout his football career. His physical skills and on-the-field leadership played a major role in the Pittsburgh Steelers' history. During his career, he passed for more than 300 yards in a game only seven times, but three of those performances came in the postseason, and two of those in Super Bowls. In four career Super Bowl appearances, he passed for 932 yards and 9 touchdowns, both Super Bowl records at the time of his retirement. In 19 post-season games, he completed 261 passes for 3,833 yards.

If you enjoy these quotes, be sure to check out other famous athletes! More Terry Bradshaw on Wikipedia.

It's been tough, but it has been fun, ... This business has its ups and downs, just like any other one. You get out of it what you put into it.

People respect you more if you just play and blow something out than if you take the easier road, ... That's how we think. You get more respect and people play harder for you. Just play till you blow it. Just play till it goes. 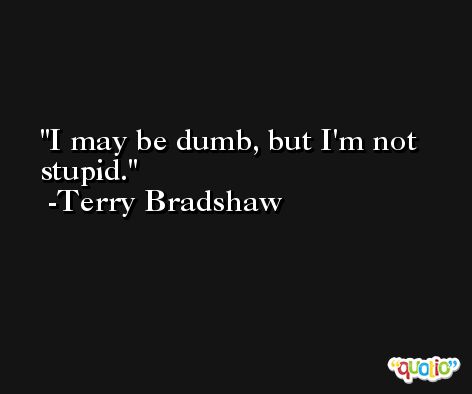 What's the worst thing that can happen to a quarterback? He loses his confidence.

There's nothing wrong with having Carolina and Seattle in there. As a football fan, the four best teams are playing this weekend. 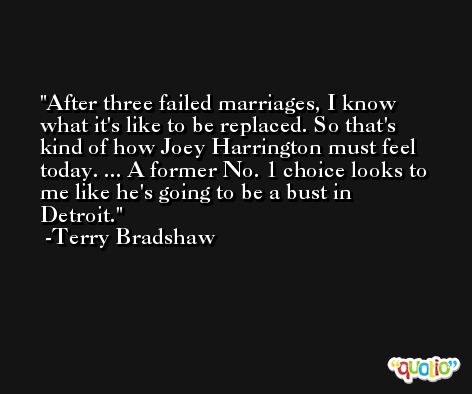 You can't dodge them all, ... I got hammered plenty of times through the years. But you just get up and keep playing. I can tell you from experience, though. Sometimes it hurts like hell. 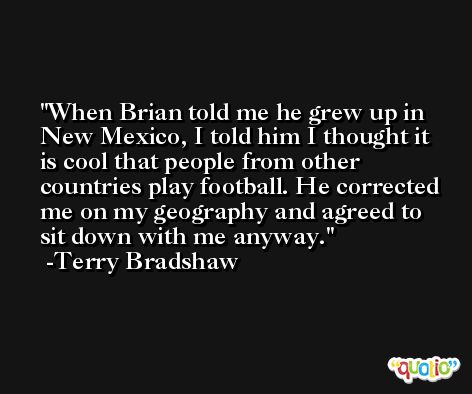