"Tarja Kaarina Halonen" is a Finns/Finnish politician who was the 11th President of Finland, serving from 2000 to 2012. She was the first List of elected and appointed female heads of state/female head of state in Finland and while she was in office, in 2003 and 2010-11, Finland also had female prime ministers (Anneli Jäätteenmäki and Mari Kiviniemi). Halonen held two appointments as a minister and served as a Eduskunta/member of the parliament from 1979 to 2000 until her Finnish presidential election, 2000/election to the presidency. In addition to her political career, Halonen had a long and extensive career in trade unions and different non-governmental organizations. Her work for advancing human rights has been notable. She was, among other things, an early proponent of gay rights, chairing the main Finnish gay rights organization Seta (organization)/Seta in 1980-1981.

If you enjoy these quotes, be sure to check out other famous statesmen! More Tarja Halonen on Wikipedia.

Bleak natural conditions in the cold North have certainly helped teach us to work hard in order to survive and to take care of each other.

I trust our people. But I'm sure that I will be their choice. 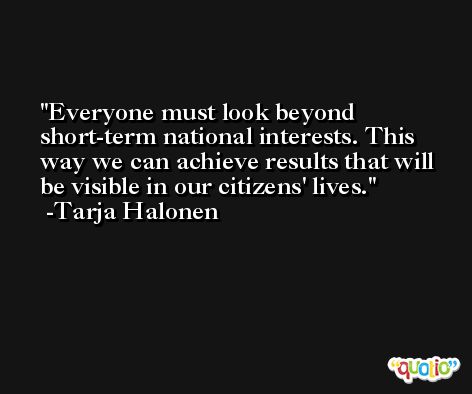 Under-representation of women and other inequality among researchers is a problem that will not solve itself as women acquire competence.

The goal of the EU is to form a region of freedom, security and justice. Freedom in this connection cannot be just the freedom of the strong, but it must be combined with fraternity and equality. 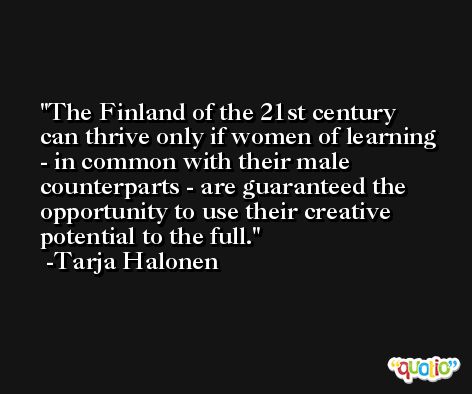 I think we will see some good ideas, but as you have noticed already, the good ideas are difficult sometimes to put in practice.

We are a model country where gender equality is concerned. 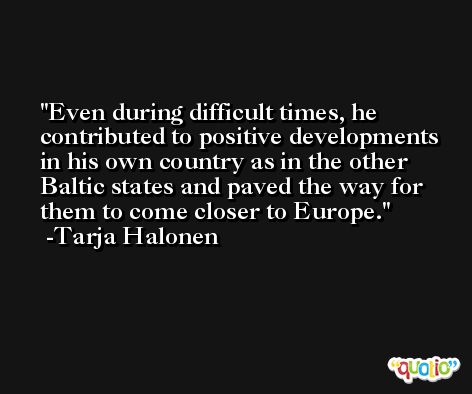