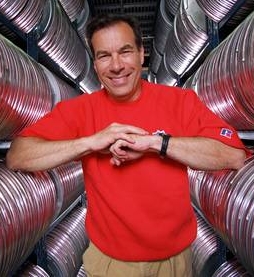 "Stephen Douglas """Steve""" Sabol" was an American filmmaker. He was the president and one of the founders of NFL Films, along with his father Ed Sabol/Ed. He was also a widely exhibited visual artist.

Sabol was born in Moorestown Township, New Jersey and attended Colorado College, where he played American football/football and was a member of the Kappa Sigma Fraternity. He was the subject of a humour/humorous article about his self-promotion exploits in the November 22, 1965, issue of Sports Illustrated. He began working at NFL Films as a cameraman alongside his father Ed Sabol (1916-2015) after graduation. He started in the filming industry when his father got the rights to the 1962 NFL Championship Game, played in Yankee Stadium (1923)/Yankee Stadium on December 30.

This company eventually grew into NFL Films, with Sabol serving mainly as a cameraman, editor and writer in the 1960s and 1970s. When ESPN was founded 1979, they soon signed NFL Films as a production company and Sabol became an on-air personality in the 1980s. He won 35 Emmy Awards and had a documentary about him air on 60 Minutes. Sabol played a part in founding the NFL Network.

He is the author of the poem "The Autumn Wind", later adopted by the Oakland Raiders as an unofficial anthem.

The pressure is suffocating down there; there's no air to breathe. You make a mistake or come up just short in the Super Bowl, and it feels like the end of the world.

The NFL always seems open to innovation. Take the opener on Thursday. Now they take one game, make it special and have a celebration around it leading into a weekend of 'Kickoff Sunday.' That's great marketing. 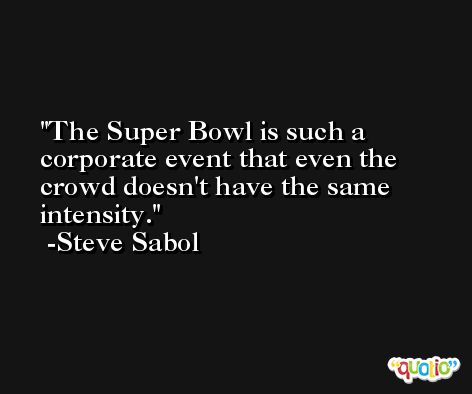 Everything Lombardi stood for, everything that the Packers accomplished, all the principles that Lombardi has espoused for the last five years would be tarnished if they lost. He was as crabby and cranky and miserable as I'd ever seen him.

There's no comparison. One of the tenets of football, its essence, is triumphing over adversity. That can be your opponent, your shortcomings or it can be the weather. 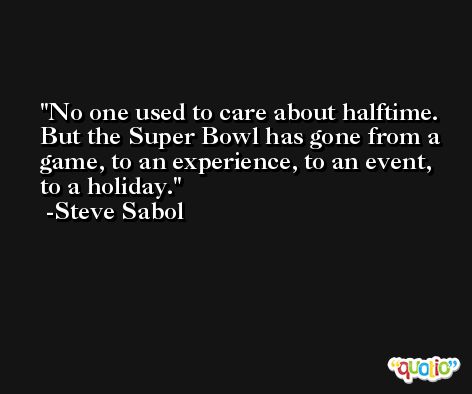 I've always believed in that famous quote from Karl Marx, something like; 'Men make history, but not under conditions of their own choosing.

There were maybe 30 reporters during the course of the whole day.