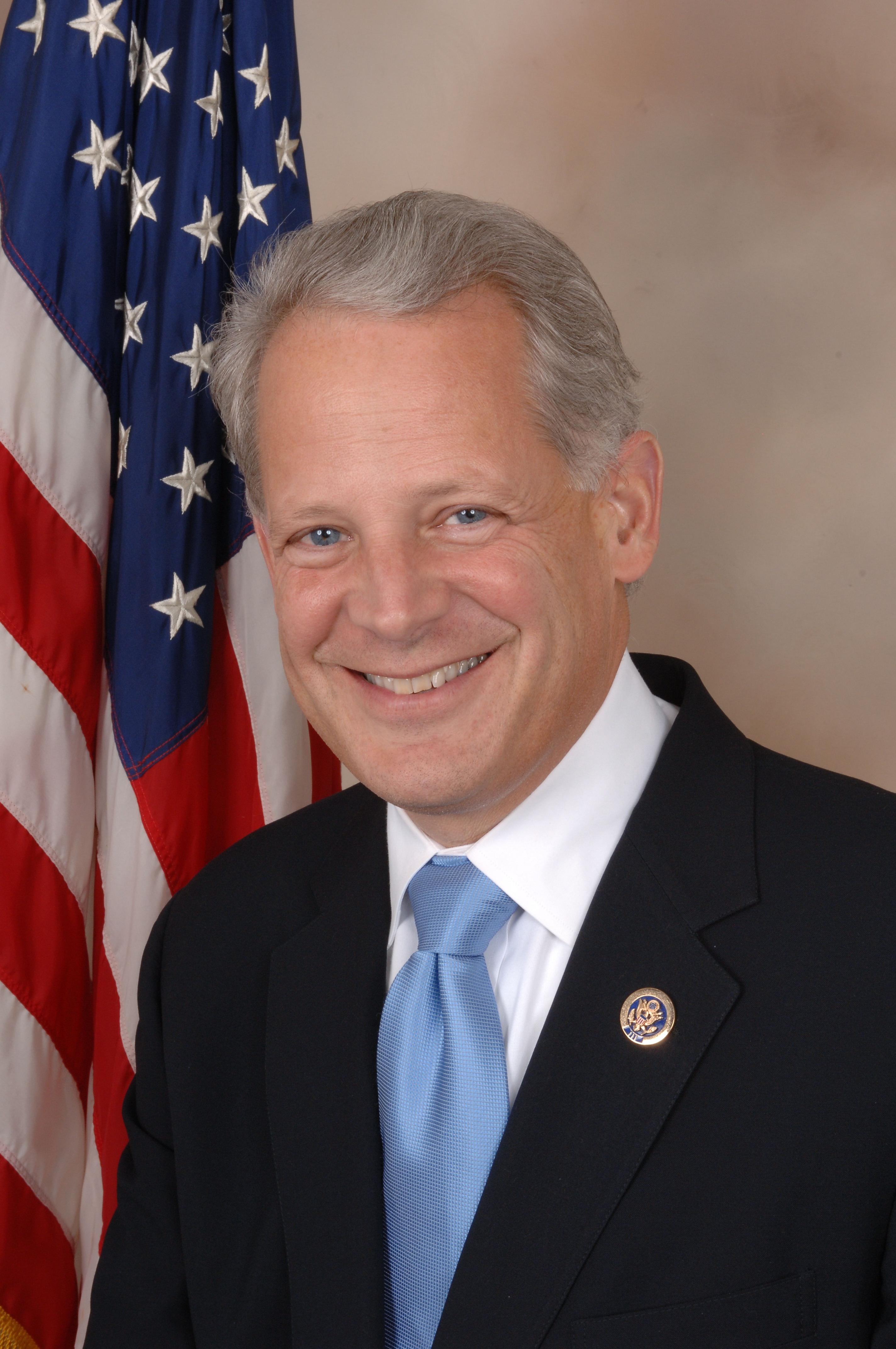 "Steven J. "Steve" Israel" is the United States House of Representatives/United States Representative for , serving in the United States Congress since 2001. The district, numbered as the 2nd district from 2001 to 2013, includes portions of northern Nassau County, New York/Nassau and Suffolk County, New York/Suffolk counties on Long Island, as well as a tiny portion of Queens in New York City. He is a member of the Democratic Party (United States)/Democratic Party and was head of the Democratic Congressional Campaign Committee until November 2014. Before serving in Congress, he served on the Huntington, New York town board. He was born in New York.

If you enjoy these quotes, be sure to check out other famous politicians! More Steve Israel on Wikipedia.

This is what happens when you have one party running the whole deal.

It's gotten way over the top. 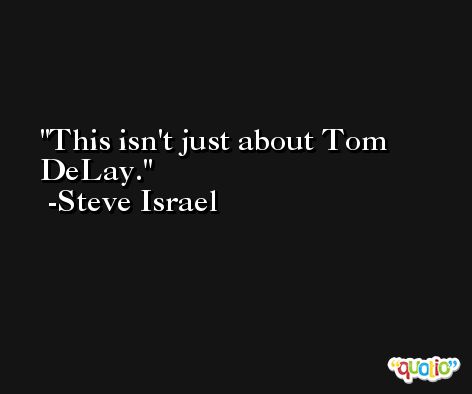 People come here to drink and enjoy the beautiful New York skyline, but this makes it harder for them to enjoy themselves.

At the rate we're going, that should cover the cost of one full tank. 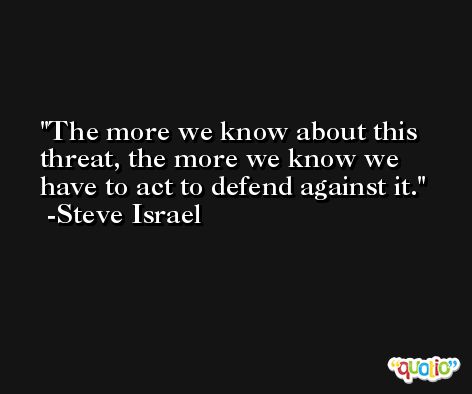 This is a full-scale assault on middle-class homeowners, and we need even at this early moment to indicate to the president that we'll bear any burden to defend against it. We ought to take a look at the lavish [tax] giveaways we give to huge corporate interests.

It's actually a refreshing acknowledgment by the Air Force that it had real problems that needed to be corrected, ... It's a good step forward. 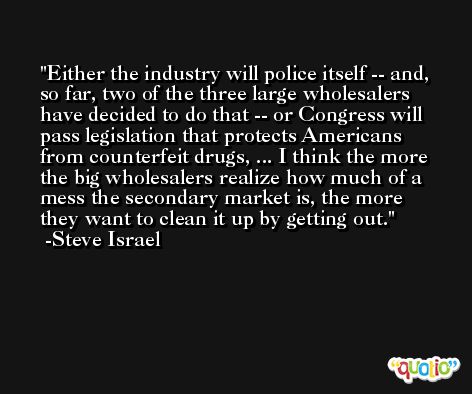