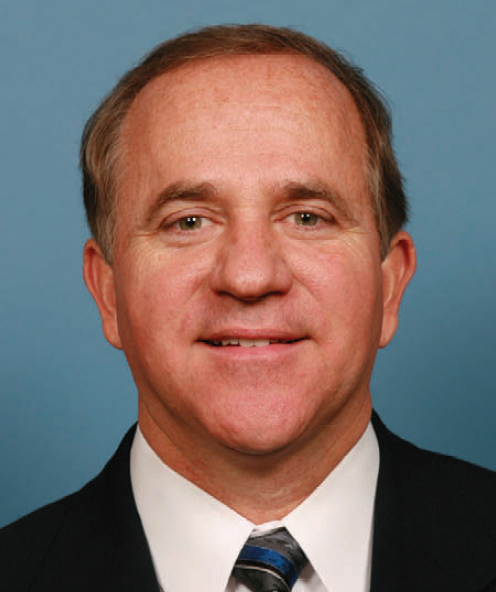 On January 29, 2010, Buyer announced he would not seek a tenth term to the House to spend more time with his wife, who has incurable autoimmune disease. In January 2011, Buyer became a lobbyist for McKesson Corp.

If you enjoy these quotes, be sure to check out other famous politicians! More Steve Buyer on Wikipedia.

While we in the VA got all of our patients out We still have 2500 patients we still need to evacuate out of the city of New Orleans. That's being done today and tomorrow.

I got tendinitis in both elbows from hitting off mats. 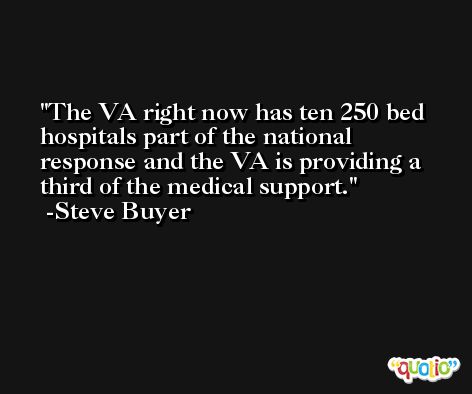 Worst case scenario, if you had the new government collapse, civil war completely break out, I mean, those kinds of things. But that's a worst case forecast.

Since coming to Congress in 1993, I have witnessed this committee struggle with VA's inability to adequately manage its IT funding and IT modernization efforts, ... This lack of accountability in VA IT spending must stop. 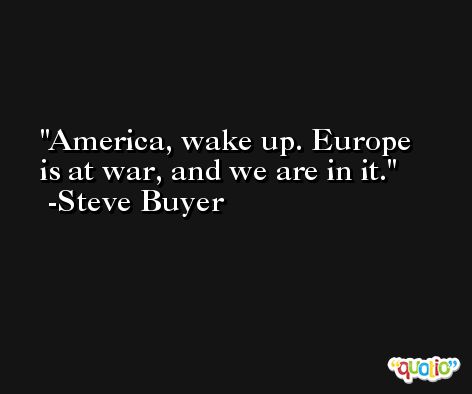 The president's premeditated assault on the administration of justice must be interpreted as a threat to our system of government.

This 'rise to the level' has somehow become the legal cliche of this case. You've all so often heard it, and some of you have even spoken it. 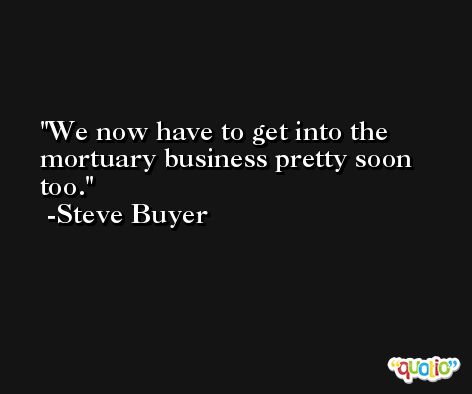