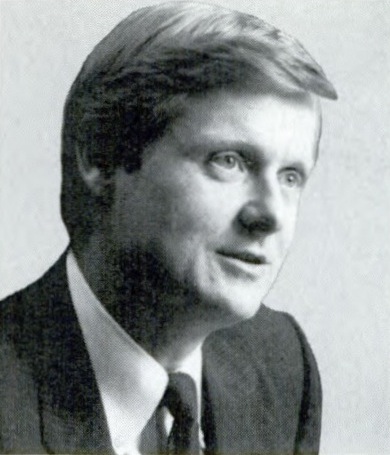 "Harry Steven Bartlett", known as "Steve Bartlett" is the former President and CEO of the Financial Services Roundtable, an advocacy group Lobbying in the United States/lobbying the U.S. federal government on financial services legislation, a position which he held from 1999 to 2012. He is a former United States House of Representatives/U.S. congressman from Texas's 3rd congressional district, a mayor of Dallas, Texas, and member of the Dallas City Council.

If you enjoy these quotes, be sure to check out other famous politicians! More Steve Bartlett on Wikipedia.

It wasn't something that couldn't be bought over the counter, and that's a big distinction in my mind. No one was trying to do anything illegal or hide anything.

I'm not excusing it. I'm 100%, totally against any sort of enhancement, ... But I do give Andrew an awful lot of credit for standing up and saying, 'Hey, this is the truth. It was what it was and let's move on.' 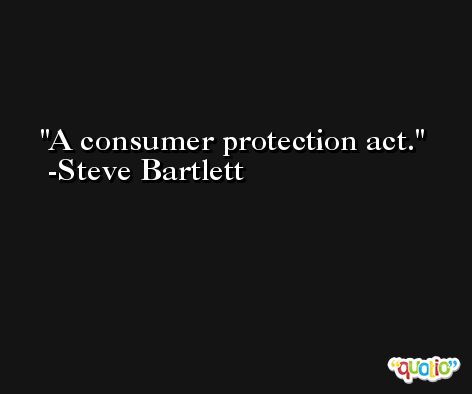 The credit-counseling provision is one of the best things about it, because it helps people to get their feet on the ground and to get an understanding of what went wrong and what they can do to adjust for the future.

Pension reforms, like investment advice and automatic enrollment, will strengthen the ability of Americans to save and invest for retirement. 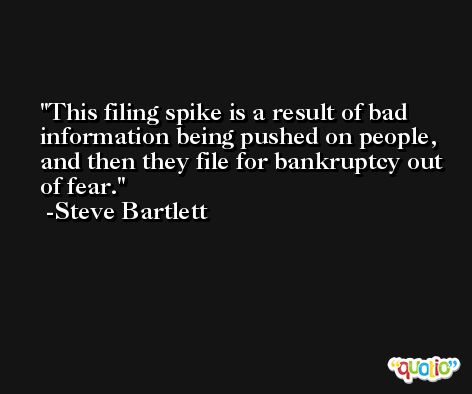 In fact, ... the notices were sent on Thursday, July 28, but with Saturday and Sunday so close, I can understand that some people, especially those who do not live in the region, may not have got them on the due date.

Over three to five years, American consumers will change their habits to take control of their debts. 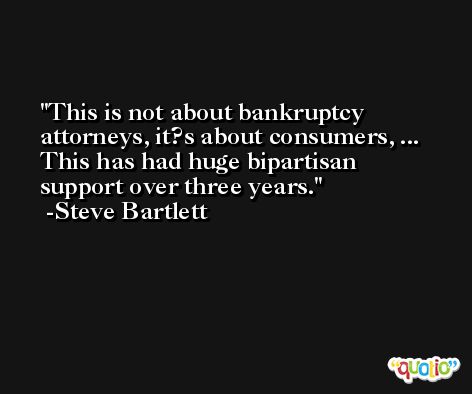