"Stephen Walkom" currently serves as vice president and Director of Officiating (NHL)/director of officiating for the National Hockey League (NHL). This is second tenure in that position, having previously served from 2005 to 2009. From 1990 to 2004, and from 2009 to 2013, he worked as an official (ice hockey)/on-ice referee for the league.

He is married to Annie and together they have three children. They reside in the Pittsburgh suburb of Moon Township, Pennsylvania.

Walkom worked Official (ice hockey)/referee, until retiring August 3, 2005 when he elevated to the management position. Walkom succeeded Andy Van Hellemond as director of officiating, who resigned under controversy in mid-July 2004.

He has a bachelor's degree in commerce from Laurentian University.

Our motto is to stay the course and the playoff intensity will still be there. I don't look at just one game. I'm very pleased at the way the guys have called it all year. The players dictate whether there will be a lot of calls or not. 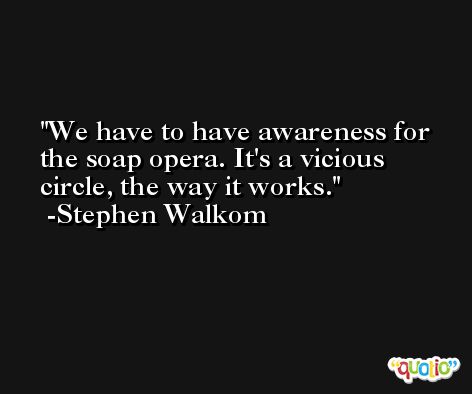 It's not just the players' culture and coaches' culture that needs to change. It's the officiating culture as well because accepted practices in the past will no longer be accepted.

We hope it accelerates the learning curve. That, coupled with the exhibition season each team plays, should alleviate some of the fears of the players come opening night. 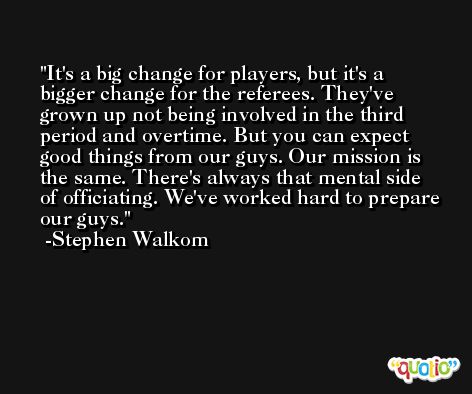 We've had a lot of guys put them on this season, anyway. That was kind of a wake-up call.

In the old culture, the old way of thinking, a rule broken in certain situations was not called. The difference is our guys see it and they call it, regardless of the situation. Do that, you have consistency; if you don't, you fall back the other way and it's clutch and grab again.