"Stavros Dimas" is a Greece/Greek politician who was European Commissioner for the natural environment/Environment from 2004 to 2009. From November 2011 to May 2012, he served in the government of Greece as Minister for Foreign Affairs (Greece)/Minister for Foreign Affairs. The then New Democracy (Greece)/New Democracy–PASOK coalition government nominated him for the post of President of Greece, but he failed to achieve the necessary votes, forcing the dissolution of parliament.

While it is not possible to link individual events directly to climate change.

It will make people think ... not for climate change only, but about environment for sure. They should be more careful about the environment, about policies connected to the environment. 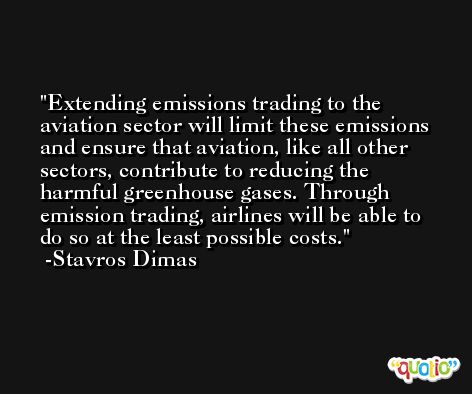 The boom in flying is bringing with it a rapid rise in greenhouse gas emissions.

They claim that they have a different approach to climate change. 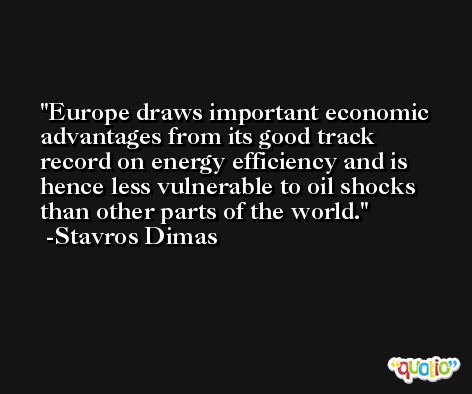 It (Katrina) was a great shock for the Americans, I think, for everybody, for us.

I would like to have an agreement (on future cuts) in Montreal but that's unrealistic. 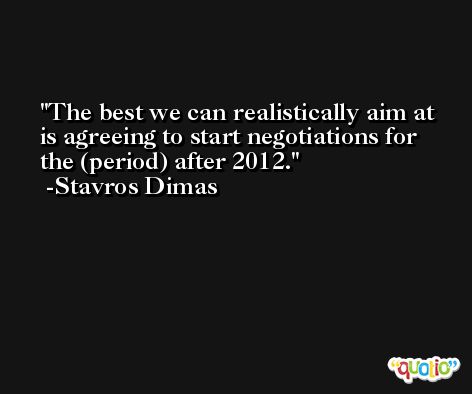