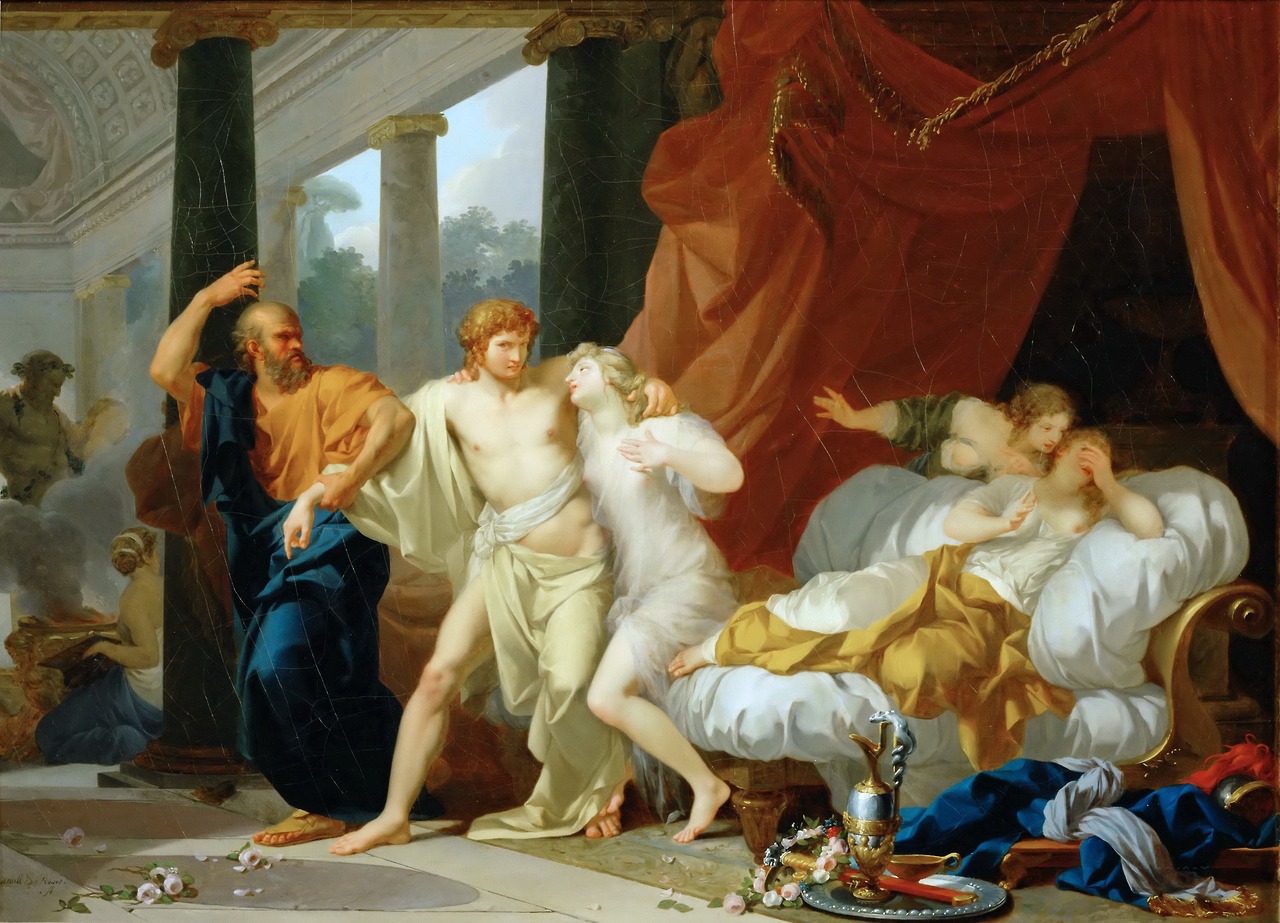 "Socrates" was a Classical Greece/classical Greek (Classical Athens/Athenian) Philosophy/philosopher credited as one of the founders of Western philosophy. He is an enigmatic figure known chiefly through the accounts of classical writers, especially the writings of his students Plato and Xenophon and the plays of his contemporary Aristophanes. Plato's dialogues are among the most comprehensive accounts of Socrates to survive from antiquity, though it is unclear the degree to which Socrates himself is "hidden behind his 'best disciple', Plato".

If you enjoy these quotes, be sure to check out other famous philosophers! More Socrates on Wikipedia.

The hour of departure has arrived, and we go our ways - I to die, and you to live. Which is better God only knows.

The end of life is to be like God, and the soul following God will be like Him. 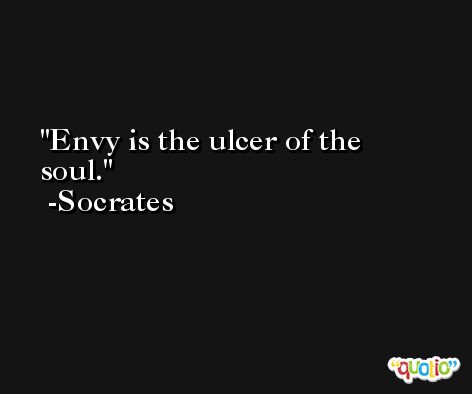 The hour of departure has arrived, and we go our ways--I to die and you to live. Which is the better, only God knows.

When the debate is over, slander becomes the tool of the loser. 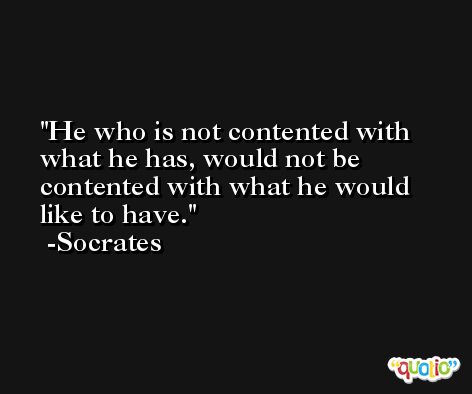 The shortest and surest way to live with honour in the world, is to be in reality what we would appear to be; and if we observe, we shall find, that all human virtues increase and strengthen themselves by the practice of them.

I was afraid that by observing objects with my eyes and trying to comprehend them with each of my other senses I might blind my soul altogether. 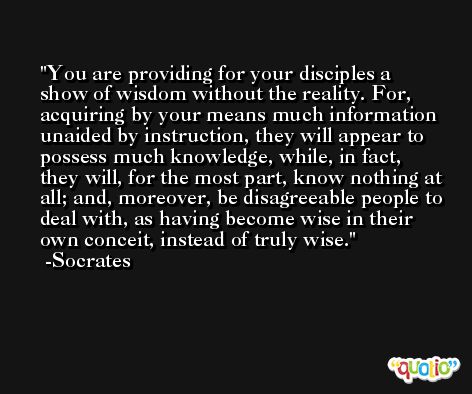 How much there is in the world I do not want. 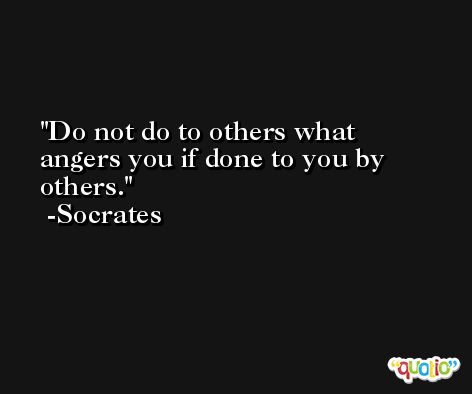 I decided that it was not wisdom that enabled [poets] to write their poetry, but a kind of instinct or inspiration, such as you find in seers and prophets who deliver all their sublime messages without knowing in the least what they mean.

If a man is proud of his wealth, he should not be praised until it is known how he employs it. 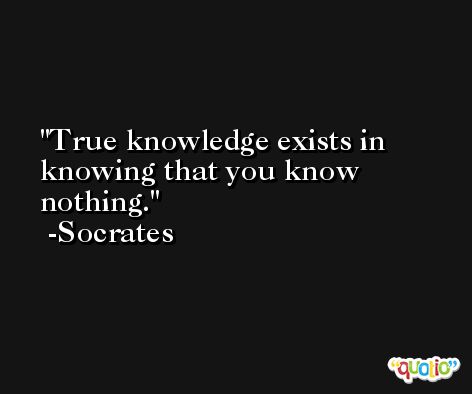 The only true wisdom is in knowing you know nothing.

Thou shouldst eat to live; not live to eat. 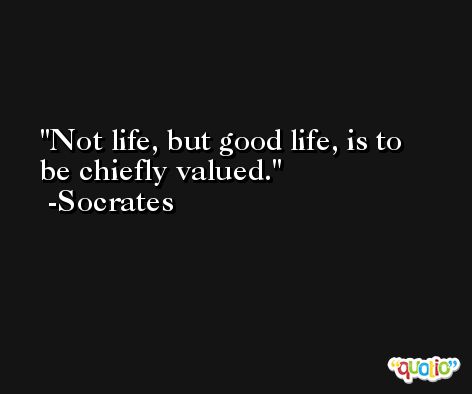 And in knowing that you know nothing, that makes you the smartest of all.

The greatest way to live with honor in this world is to be what we pretend to be. 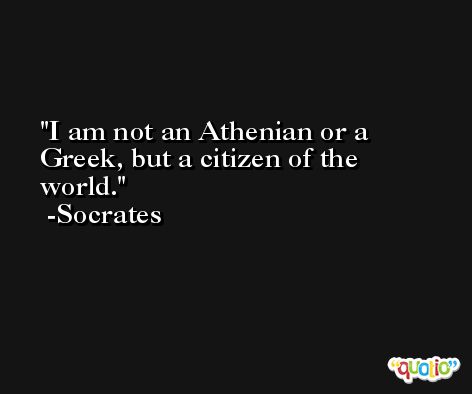 The only good is knowledge and the only evil is ignorance. 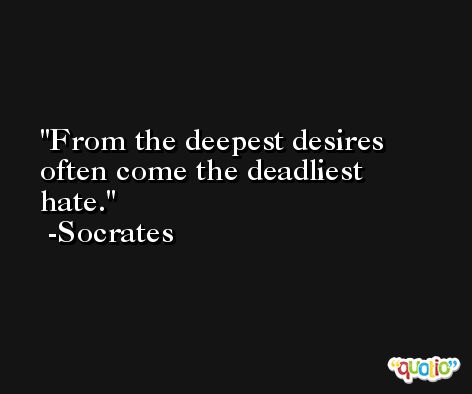 Children today are tyrants. They contradict their parents, gobble their food, and tyrannize their teachers.

The shortest and surest way to live with honor in the world is to be in reality what we would appear to be; all human virtues increase and strengthen themselves by the practice and experience of them. 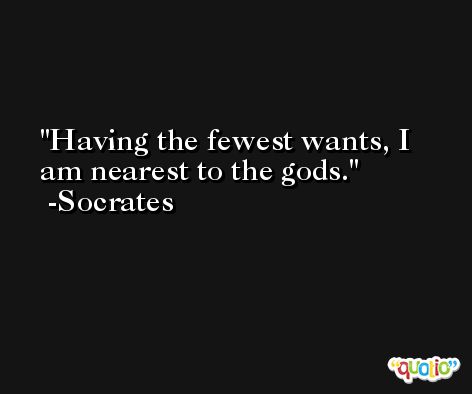 Think not those faithful who praise all thy words and actions; but those who kindly reprove thy faults.

But already it is time to depart, for me to die, for you to go on living; which of us takes the better course, is concealed from anyone except God. 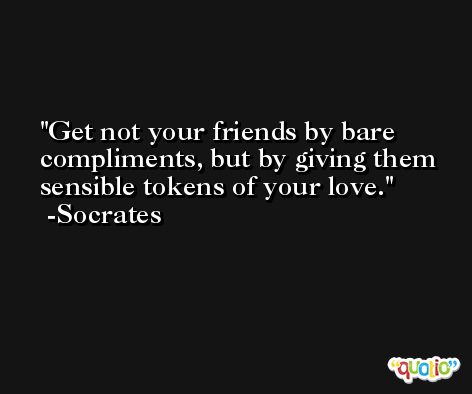