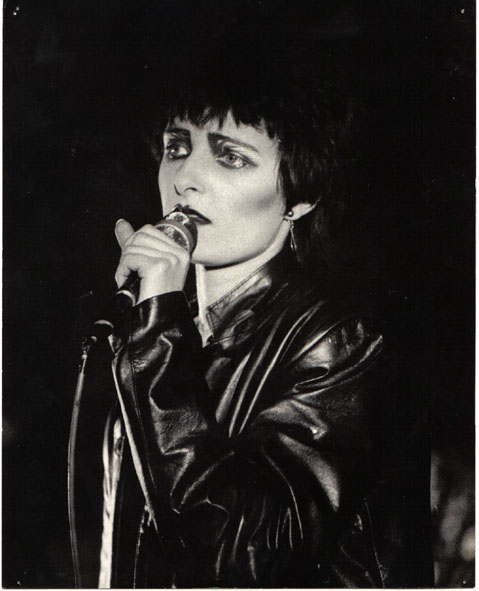 "Siouxsie Sioux" is an English singer, songwriter, musician and producer. She is best known as the lead singer of rock band Siouxsie and the Banshees (1976–1996) and its side project The Creatures (1981–2005). Siouxsie and the Banshees released 11 studio albums and several UK Top 20 singles including "Hong Kong Garden (song)/Hong Kong Garden", "Happy House", "Peek-a-Boo (song)/Peek-a-Boo" plus a Billboard Top 25 hit "Kiss Them for Me (song)/Kiss Them for Me". With The Creatures, Siouxsie recorded four studio albums and the hit single "Right Now (Herbie Mann song)#The Creatures version/Right Now". She has also sung with artists such as Morrissey and John Cale. In the mid-2000s, she began a solo career and released Mantaray in 2007.

Allmusic named Siouxsie as "one of the most influential British singers of the rock era".

Her songs have been covered by Jeff Buckley, Tricky (musician)/Tricky, Massive Attack, and LCD Soundsystem. Her records have also been praised by artists such as PJ Harvey and TV on the Radio. In 2011, she was awarded for Outstanding Contribution to Music at the Q Awards and in 2012, at the Ivor Novello Awards, she received the Inspiration Award.

If you enjoy these quotes, be sure to check out other famous musicians! More Siouxsie Sioux on Wikipedia.

I hate the industry even more now, no bands get nurtured anymore. Labels only spend money promoting acts they know will be Top Ten. I find it offensive spending $2 million on a video. 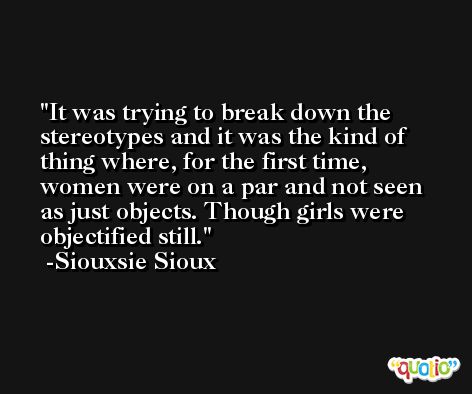 What I really resent most about people sticking labels on you is that it cuts off all the other elements of what you are because it can only deal with black and white; the cartoon. 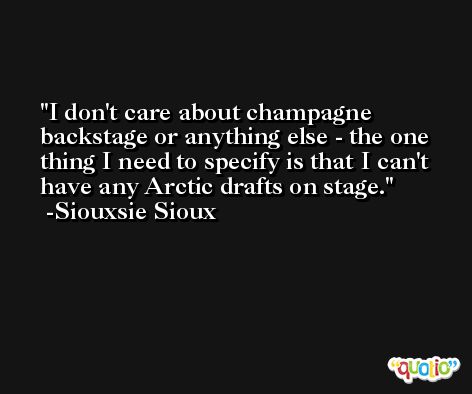 What people don't understand is when punk started it was so innocent and not aware of being looked at or being a phenomenon and that's what everyone gets wrong. You can't consciously create something that's important, it's a combination of chemistry, conditions, the environment, everything.