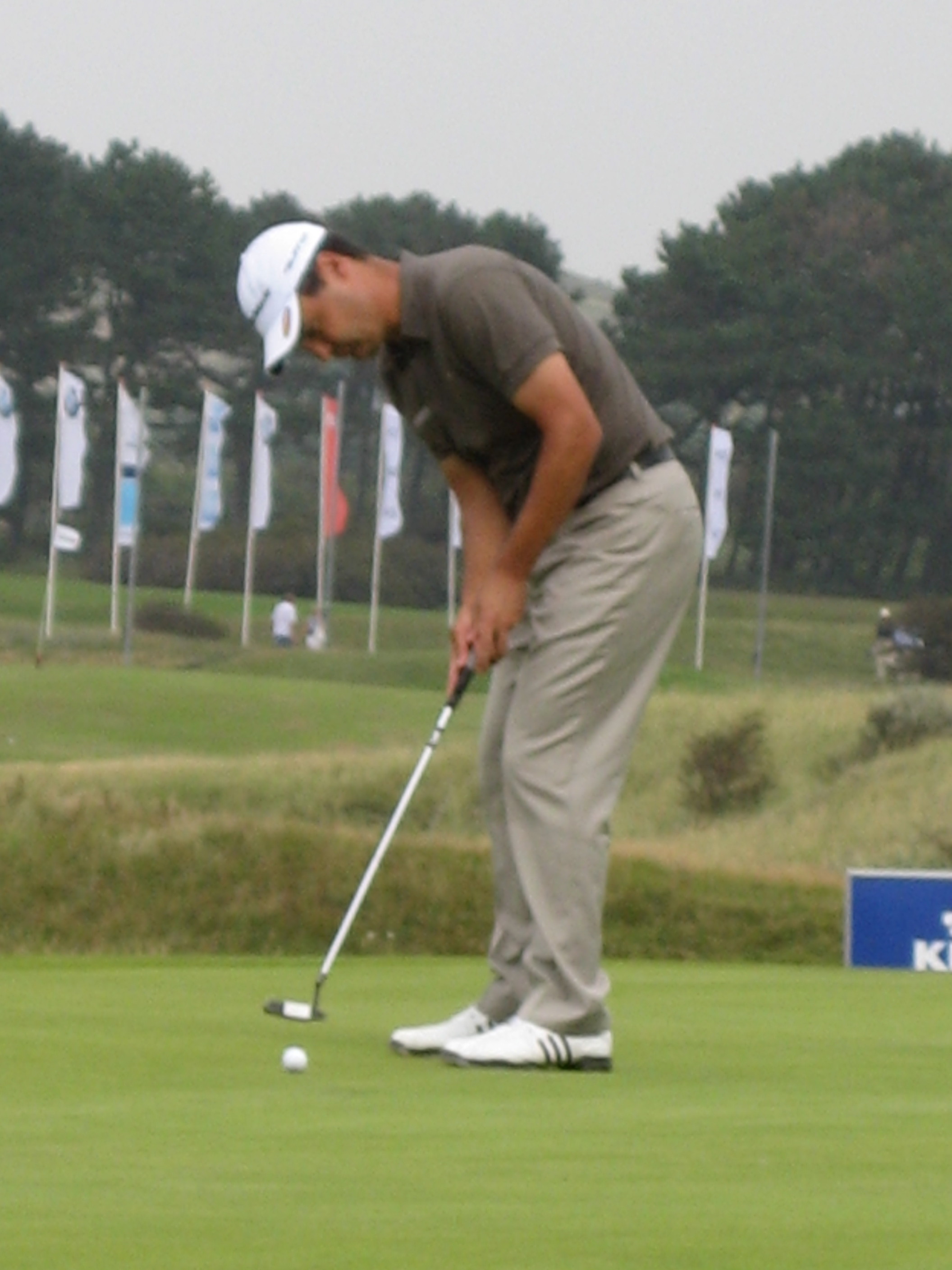 "Simon Khan" is an England/English professional golfer who plays on the European Tour.

Khan turned professional in 1991, but spent many years struggling to establish his tournament career. His first full season on the European Tour was 2002 and his first European Tour win came at the 2004 Celtic Manor Wales Open. In 2006 he finished second at the prestigious BMW Championship (European Tour)/BMW Championship to earn €472,220, which was his biggest prize cheque up to that time.

His best year-end ranking on the European Order of Merit has been 25th in 2006 and 2010. He has featured in the top 100 of the Official World Golf Rankings. After losing his tour card in 2009, Khan was medalist at the 2009 European Tour Qualifying School graduates/Qualifying School tournament. In 2010 he won the BMW PGA Championship, earning €750,000 and securing his tour card for five years in the process.

In the end, I'm happy. If I had made the putts I had over the first two days I feel I could have won but I never felt comfortable with the putter. And when Sergio had the chance he took control and you can't fault him for that. 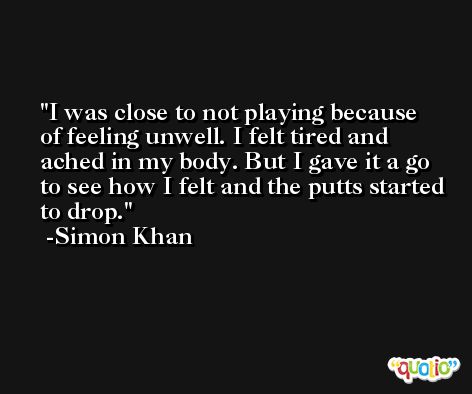 I definitely thought about winning a tournament at the start of the year, ... I had six top 10s last year, even though only a couple of them I thought I had a chance of winning, but I could feel it gradually coming.

I've aired my views to everyone concerned about it. I don't care who are you - unless you're Tiger maybe - £16,000 is a bit penal, to say the least. 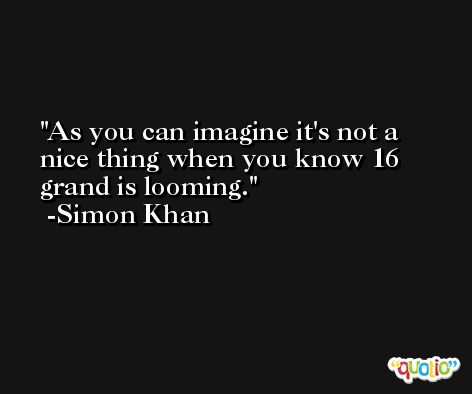 When I won in Wales I shot 27 on the front nine and I was looking at my notes from that week this morning.

I think it's a bit astronomical.