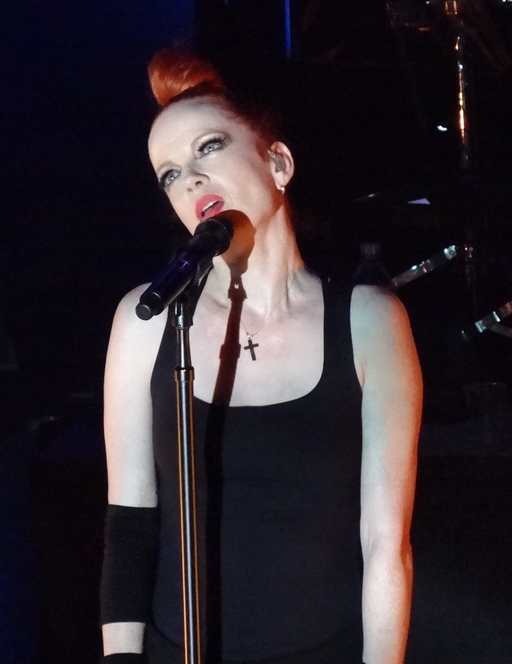 "Shirley Ann Manson" is a Scottish singer, songwriter, musician and actress, best known internationally as the lead singer of the alternative rock band Garbage (band)/Garbage. For much of her international career Manson commuted between her home city of Edinburgh and the United States to record with Garbage; she now lives and works in Los Angeles. Manson gained media attention for her forthright style, rebellious attitude and distinctive voice.

If you enjoy these quotes, be sure to check out other famous musicians! More Shirley Manson on Wikipedia.

I feel the same way I did when I was in school. I'm having the same insecurities. They don't go away just because they call you a sex symbol.

The communication had gotten so bad that I don't think any of us know, even to this day, what was going on in each individual's mind. And we've never really spoken about it. But I do know that Butch felt that he quit. 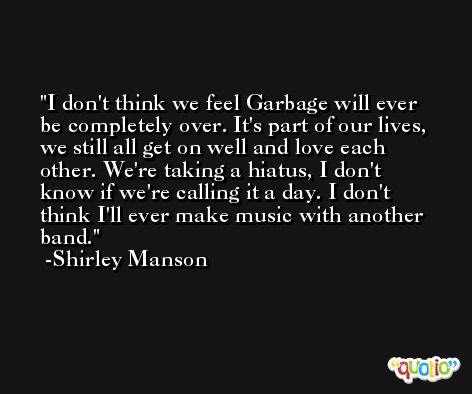 I think they're a little shocked at first. . . . Then they start laughing or grinning or shaking my hand.

That's very kind of you but that's not how they really see it. 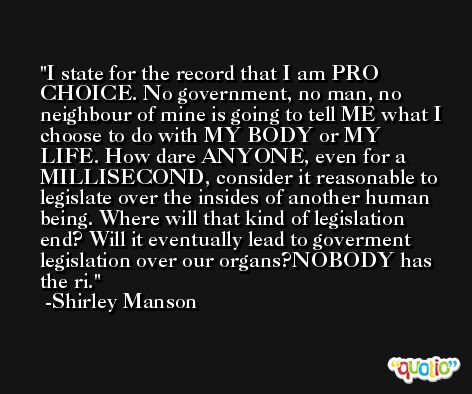 Sex is not the enemy . . . I won't feel guilty no matter what they're telling me.