A former television researcher and producer, Woodward began his political career in the Conservative Party (UK)/Conservative Party. He was elected in United Kingdom general election, 1997/1997 as a Conservative MP for Witney (UK Parliament constituency)/Witney, but joined Labour in 1999.

Bar and restaurant owners do not have to wait until 2007 to do the responsible thing. Right now they can put up signs saying no smoking. 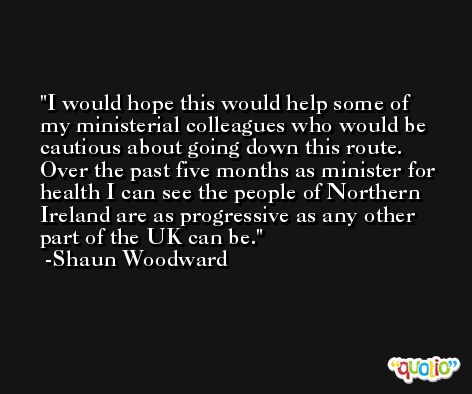 I found the experience of walking into a busy Dublin pub at lunchtime a real treat.

I say to smokers, smoke if you wish to - but not at work, and not in enclosed public spaces.