"Seimone Delicia Augustus" is an American professional basketball player in the WNBA, currently playing for the Minnesota Lynx, Dynamo Kursk and the United States women's national basketball team/US national team. A five-time WNBA All-Star Game/all-star, Augustus has become one of the most recognizable faces in the WNBA, earning WNBA Finals Most Valuable Player Award/MVP honors while leading the Lynx to the 2011 WNBA Finals/2011 WNBA championship, the first of two that she has won with the team.

When you step into an arena like the Civic Center, with so much history that they've made in there, yes you do come in as the underdog because they've done what they've had to do over the years to prove themselves as possibly the greatest program in the country. We're trying to establish ourselves as a powerhouse school as well. It's going to be a tough challenge to see where we are as a team.

Our defense was tenacious. We had the energy which we didn't have at Connecticut. The defense initiated a lot of our offense. 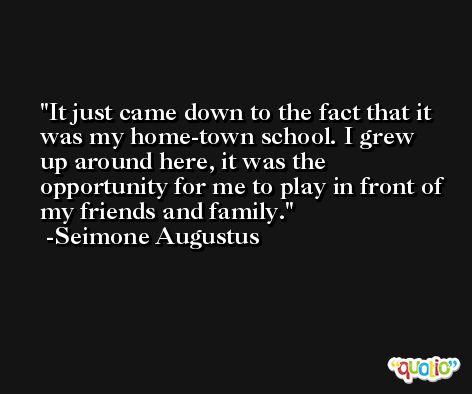 They did a good job on the defensive end, but most of it dealt with our offense. We just stood around and basically didn't do anything.

They were up nine. We cut into the lead, but they came back with two 3-pointers back-to-back. You can't let that happen. 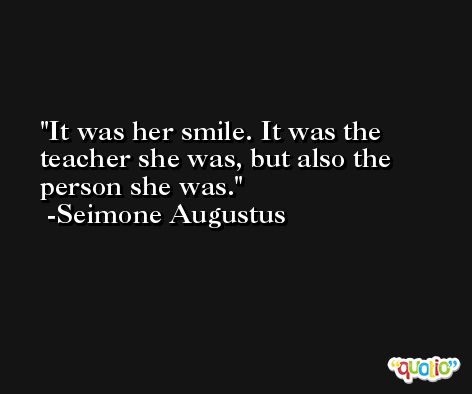 If someone has to take them — especially at crunch time — then I'd rather take the shot. I'm not saying that my teammates can't make the shots, but I'd like them to come to me every time. 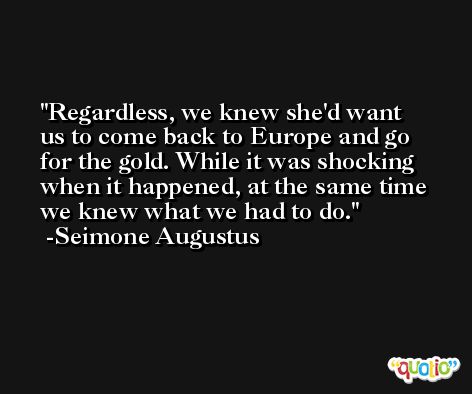