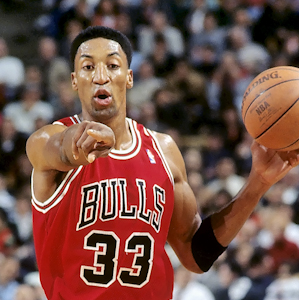 "Scottie Maurice Pippen" is a retired American professional basketball player who played in the National Basketball Association. Nicknamed ""Pip"", he is most remembered for his time with the Chicago Bulls, with whom he was instrumental in six NBA titles and 1995–96 Chicago Bulls season/their record 1995–96 season of 72 wins. Pippen, along with Michael Jordan, played an important role in transforming the Bulls team into a vehicle for popularizing the NBA around the world during the 1990s.

Davis will give us some toughness inside and Williams has a lot of energy and enthusiasm, ... We got veteran guys who know how to play the game. I think it should make us better.

It [would have] been very difficult. As I said, the rules ... but if the rules were put in place back when Michael Jordan was in his prime -- no hand-checking, the game was more geared toward offense, wanting to promote scoring in the game -- he could have probably got close. He did score 69. 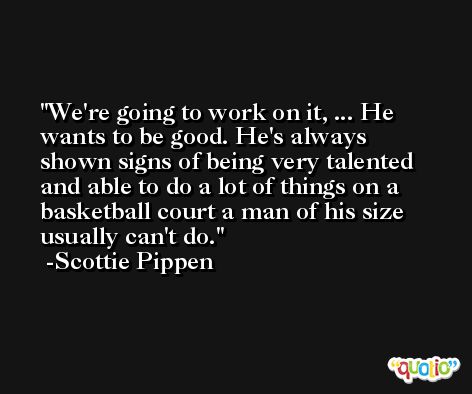 It's going to be great. A lot of the players are coming. I wasn't here when they put (Jackson) up in the rafters. But to have him here as my number goes up, it brings back a lot of great memories.

I probably should've listened to MICHAEL a year ago when HE SAID that Charles will never win a championship because he doesn't show any dedication. 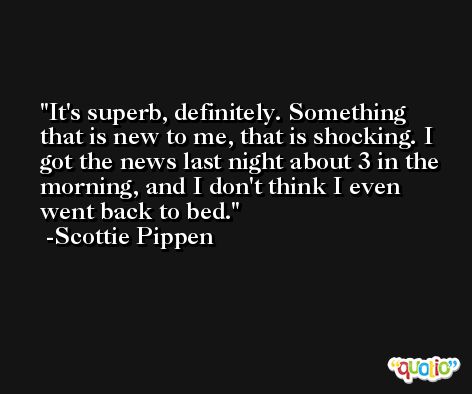 I wouldn't want to face the Bulls in the playoffs. They could be trouble.

It's hard to put it in perspective right now. I'm starting to feel a little emotional about what's going to happen Friday night. Getting your number put in the rafters is always something that as a kid ... you dream of seeing happen to you. 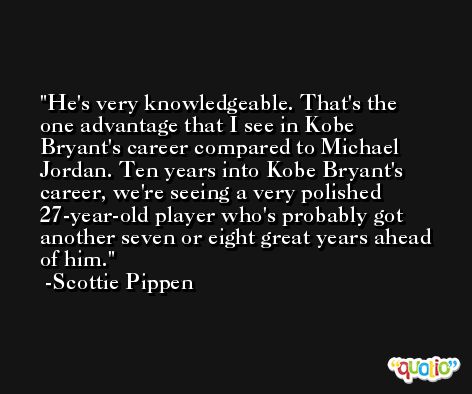