"Scott Andrew Speed" is an American race car driver. Formerly a driver for the Scuderia Toro Rosso F1 team, he made his Formula One race debut at the 2006 Bahrain Grand Prix; becoming the first American to race in F1 since Michael Andretti in 1993. Speed later turned his career towards stock car racing; specifically NASCAR, where he has driven for Red Bull Racing Team, Whitney Motorsports, and Leavine Family Racing in the Sprint Cup Series. He currently races in the Global RallyCross Championship for Andretti Autosport.

We did a new tire run at the end of practice, but unfortunately I was held up a little bit by Jacques [Villeneuve of Sauber]. I was very pleased with the performance of the car.

It is a tremendous honor to be called onboard by Rick to lead A1 Team USA into Brands Hatch. I am very excited to carry the American flag into competition and will do my best to represent the U.S. 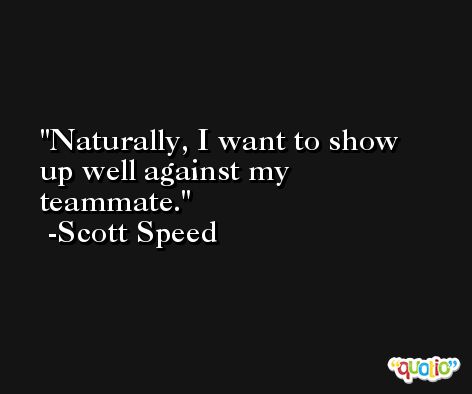 We had to replace a rear shock on the car, ... The car was getting faster as qualifying went on but we just ran out of time.

It definitely has less horsepower and has a different power band. It's going to require a different driving style, carrying more speed through the corners as you feel the difference when you drive out of them. 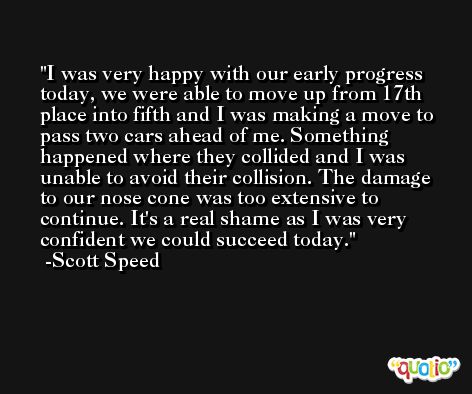 Fortunately, we have great tires for this type of race. The surface of these slick Cooper A1 tires can become almost gel-like with the high track temperatures, and the way that they 'squash' into the track surfaces really helps with grip and cornering. 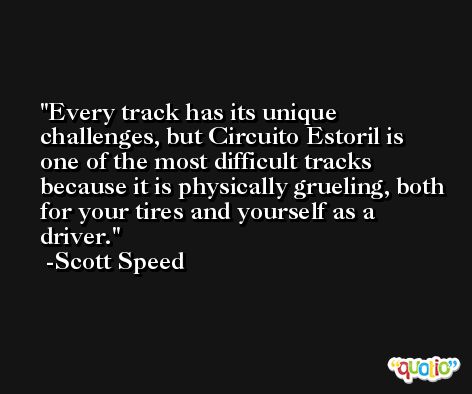