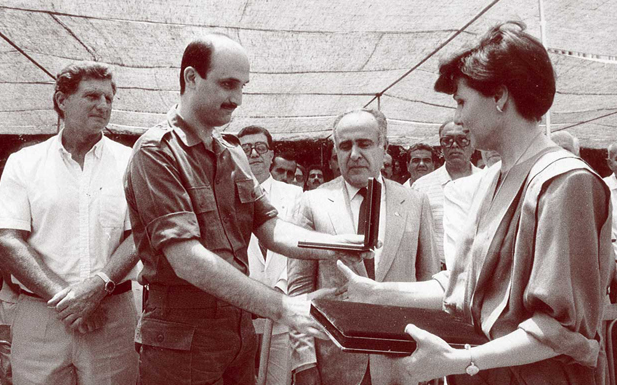 "Samir Farid Geagea" is a Lebanese politician. He is also a senior figure in the March 14 Alliance, alongside Saad Hariri and Amine Gemayel.

He took leadership of the Lebanese Forces in 1986. After the civil war, there was increased pressure by Syria on Geagea to accept the Syrian occupation of Lebanon/Syrian presence or face charges. Prior to his arrest, he was contacted by several sympathetic politicians and warned about the forthcoming proceedings and offered safe passage out of Lebanon. In 1994, four years after the end of the Lebanese Civil War, Geagea was tried for ordering four political assassinations, including the assassination of Lebanon's Prime Minister Rashid Karami in 1987, and the unsuccessful attempted assassination of Defense Minister Michel Murr in 1991. He denied all charges, but was found guilty and sentenced to four death sentences, each of which was commuted to life in prison. Geagea was imprisoned in solitary confinement below the Lebanese Ministry of Defense building in Beirut for the next 11 years. He is the only Lebanese militia leader to have been imprisoned for crimes committed during the Lebanese Civil War.

The statistics clearly show who the perpetrators were, since more than one third of the rioters that were arrested were Syrians and another third were Palestinians, mostly from the Popular Front for the Liberation of Palestine.

We shall endeavor to activate and deepen our partnership with our allies of the Progressive Socialist Party and Tayyar Al Mustaqbal. Our hand will remain always stretched out to all. 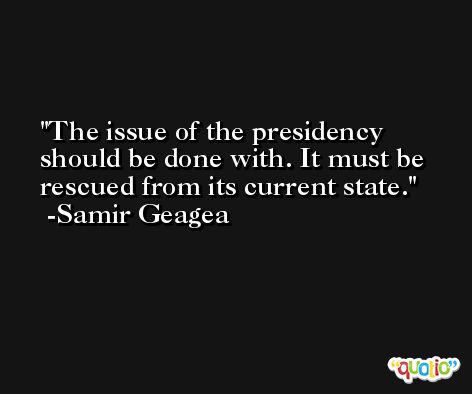 God willing we may be done with this issue before the (March 14) deadline.

We have our ways, and we know how to win the seat if there is an electoral battle over it. 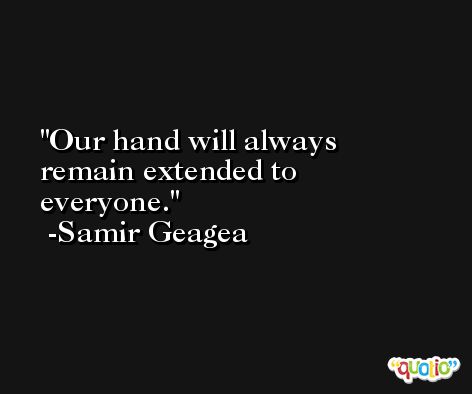 Lebanon is the true land of consensus par excellence.

It is unacceptable to use this issue as a blackmail tool ... to score a particular gain. 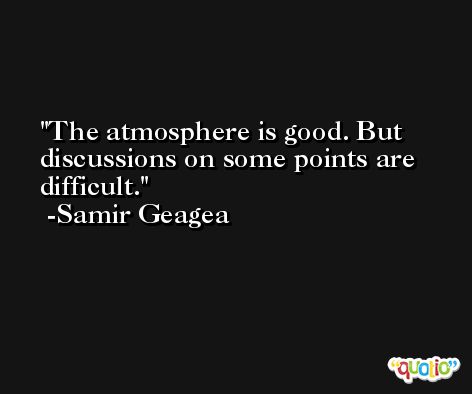