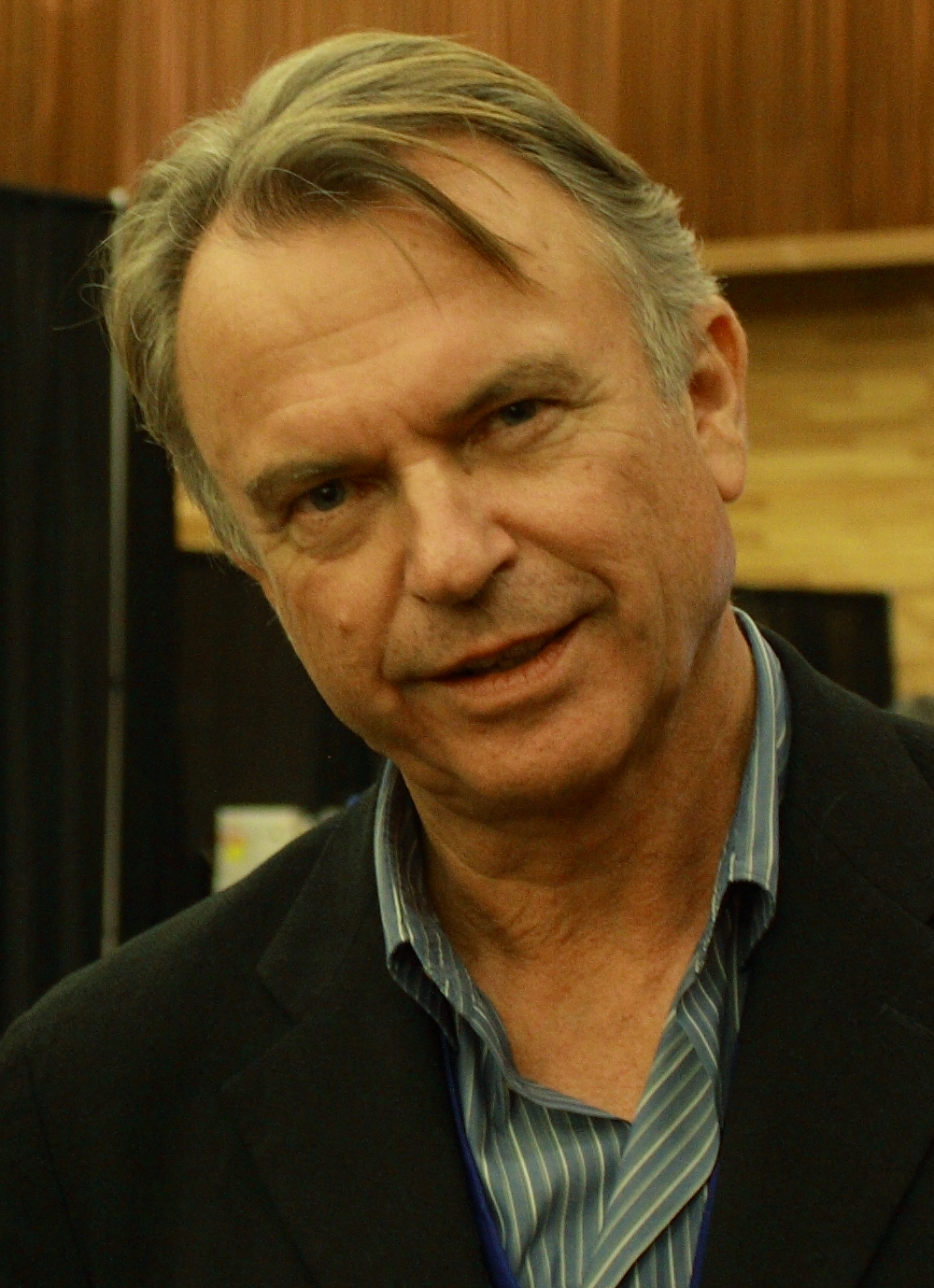 "Nigel John Dermot "Sam" Neill", New Zealand Order of Merit/DCNZM, Officer of the Order of the British Empire/OBE is a Northern Irish-born New Zealand actor who first achieved leading roles in films such as Omen III: The Final Conflict and Dead Calm (film)/Dead Calm and on television in Reilly, Ace of Spies. He won a broad international audience in 1993 for his roles as Alisdair Stewart in The Piano and Dr. Alan Grant in Jurassic Park (film)/Jurassic Park, a role he reprised in 2001's Jurassic Park III. Neill also had notable roles in Merlin (film)/Merlin, The Hunt for Red October (film)/The Hunt for Red October, and The Tudors. He holds New Zealand, British and Irish nationality, but identifies primarily as a New Zealander.

If you enjoy these quotes, be sure to check out other famous actors! More Sam Neill on Wikipedia.

I enjoy some physical stuff. But if I had a choice between playing a scene where it's raining, it's terribly cold, I'm wet and I'm being drowned and playing a scene with dinosaur eggs in a laboratory, I'd probably take the latter. It's warmer and generally more comfortable! 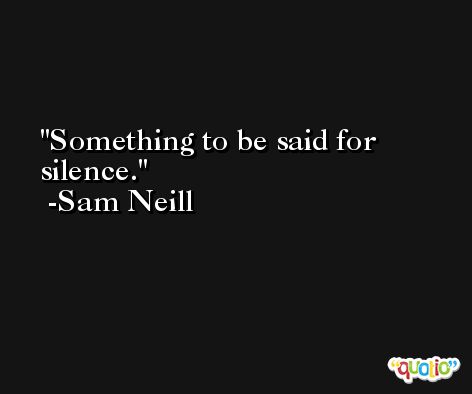 It's fairly hard to find gay drug dealers that aren't locked up or dead, or 23, so it's fairly oblique research. But I have some good contacts, not in the gay drug world but in the legal world, who spun me in the right direction.

I can tell you where I was when Kennedy was shot - which was in the common room at school. I heard about it on the old valve radio. At the time of Armstrong's landing, I was at university rehearsing a play. 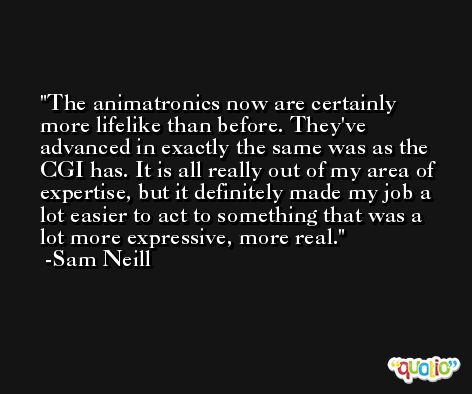 When you hear actors say, 'Oh, I did all my own stunts,' it is usually crap! It's one thing jumping into water or whatever, but the real stunts are more properly done by stunt men. And it is too financially risky to have actors risk their necks, isn't it?

I've worked all my life to shed myself of any character. 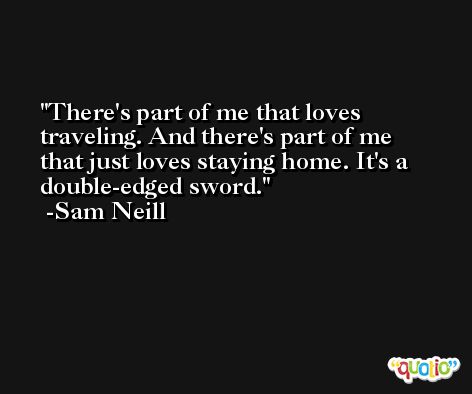