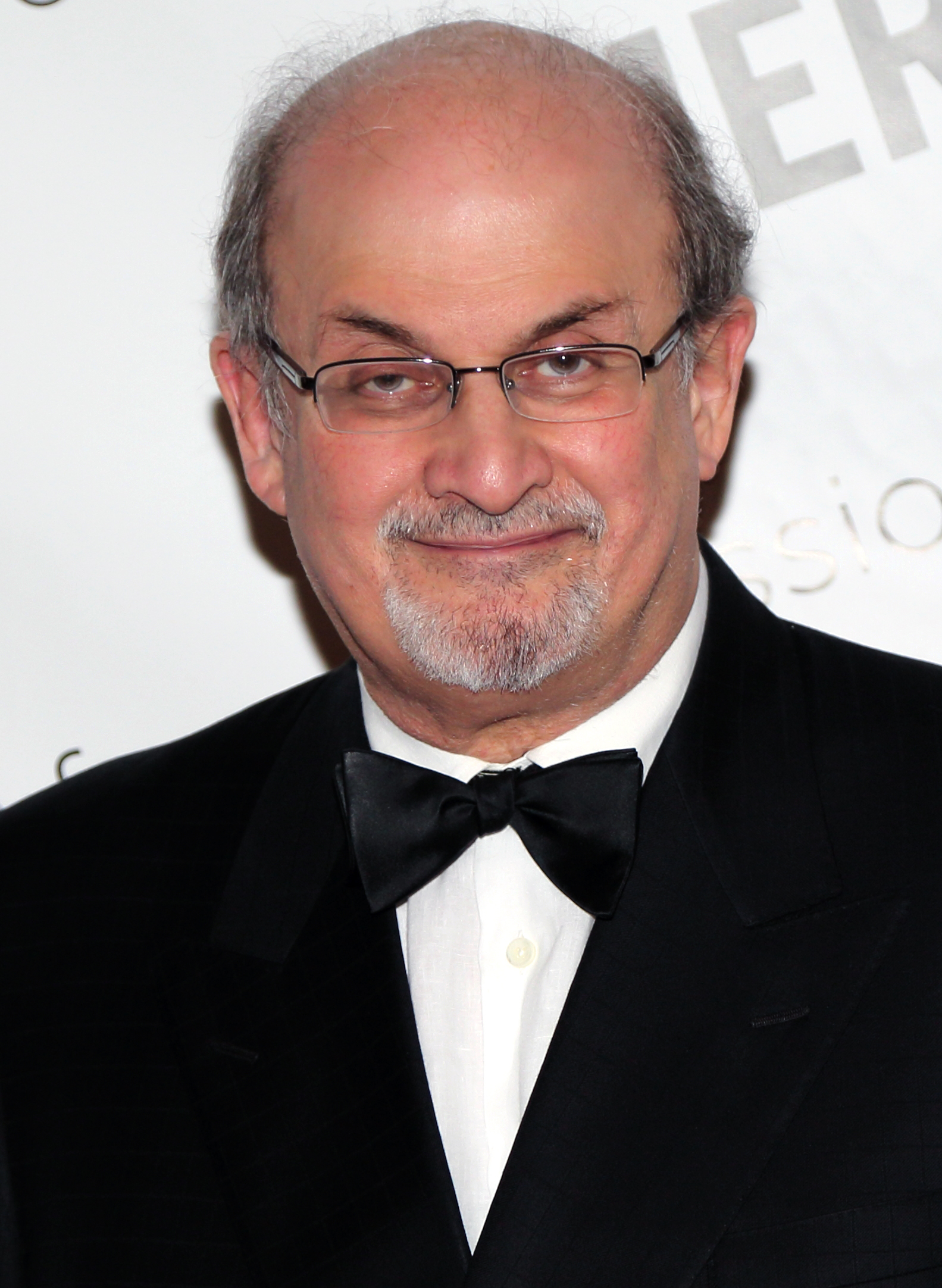 "Sir Ahmed Salman Rushdie", (Nasta?l?q script/Nasta?l?q); born 19 June 1947) is a British Indian novelist and essayist. His second novel, Midnight's Children (1981), won the Booker Prize in 1981. Much of his fiction is set on the Indian subcontinent. He is said to combine magical realism with Historical novel/historical fiction; his work is concerned with the many connections, disruptions, and migrations between Eastern world/Eastern and Western civilizations.

His fourth novel, The Satanic Verses (1988), was the centre of The Satanic Verses controversy/a major controversy, provoking protests from Muslims in several countries. Death threats were made against him, including a fatw? calling for his assassination issued by Ayatollah Ruhollah Khomeini, the Supreme Leader of Iran, on 14 February 1989, and as a result he was put under police protection by the British government.

Rushdie was appointed Commandeur de l'Ordre des Arts et des Lettres of France in January 1999. In June 2007, Elizabeth II/Queen Elizabeth II Knight Bachelor/knighted him for his services to literature. In 2008, The Times ranked him thirteenth on its list of the fifty greatest British writers since 1945.

If you enjoy these quotes, be sure to check out other famous novelists! More Salman Rushdie on Wikipedia.

A book is a version of the world. If you do not like it, ignore it; or offer your own version in return.

What one writer can make in the solitude of one room is something no power can easily destroy. 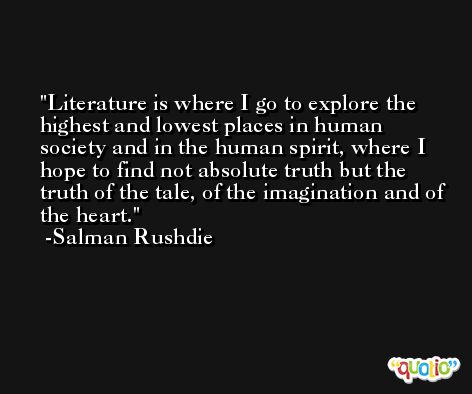 What is freedom of expression? Without the freedom to offend, it ceases to exist.

When thought becomes excessively painful, action is the finest remedy. 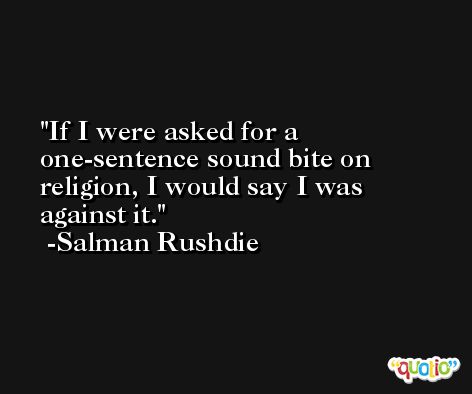 I hate admitting that my enemies have a point.

Our lives teach us who we are. 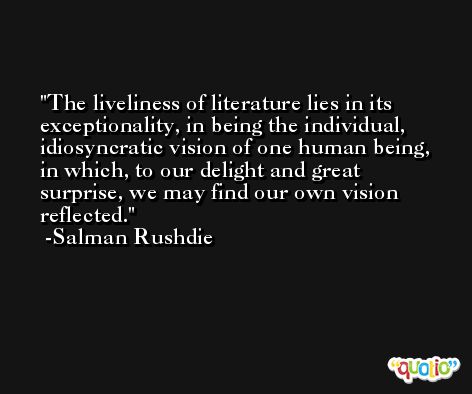 Our lives are not what we deserve; they are, let us agree, in many ways deficient.