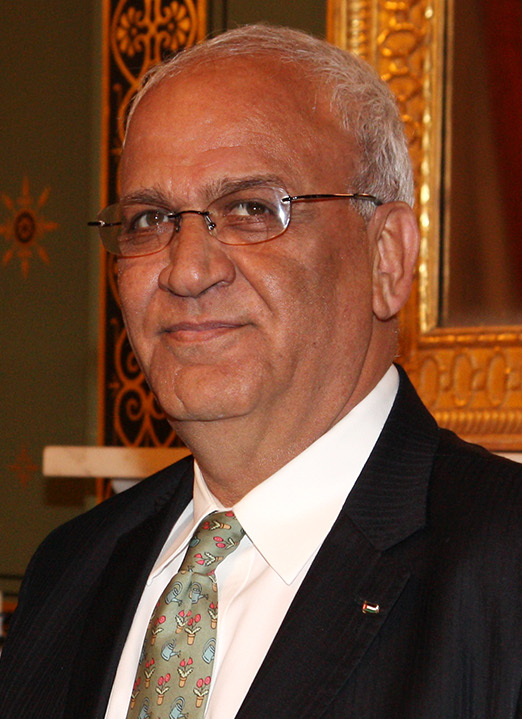 "Saeb Muhammad Salih Erekat" was the Palestinian people/Palestinian chief of the PLO Steering and Monitoring Committee until 12 February 2011. He negotiated the Oslo Accords with Israel and remained chief negotiator from 1995 until May 2003, when he resigned in protest from the Palestinian Authority/Palestinian government. He later reconciled with the party and was reappointed to the post in September 2003.

This is something that Netanyahu has been trying to do for a while, with both the European and American efforts. He has chosen settlement and the destruction of the foundation of the peace accords.

The amendments mean pursuing Jewish settlements and not resuming the negotiations from the point where they left off. 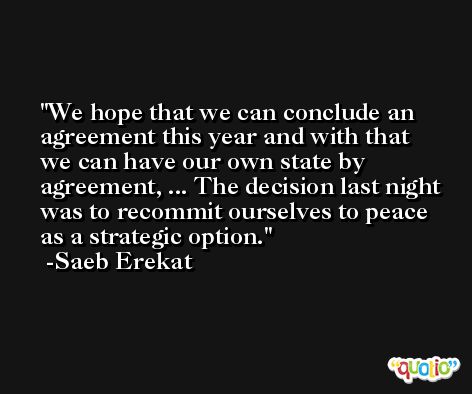 We strongly condemn this continued Israeli escalation that will undermine the cessation of violence.

His words are (that) he won't give us anything on Jerusalem, on the (West Bank) settlements, on our refugees. What kind of peace can we make with those words? 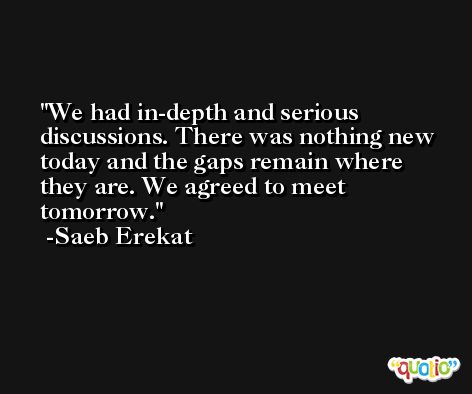 International protection for the Palestinians is something that must be taken seriously by the United States and the international community.

Refugees, Jerusalem, borders, Jewish settlements and water are issues reserved to the final-status talks between the two sides and nothing should pre-empt or pre-judge the outcome of the final status talks before they begin. 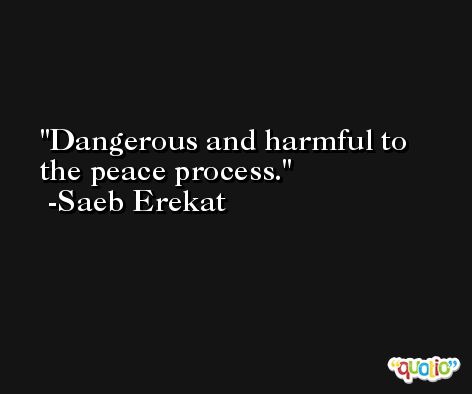