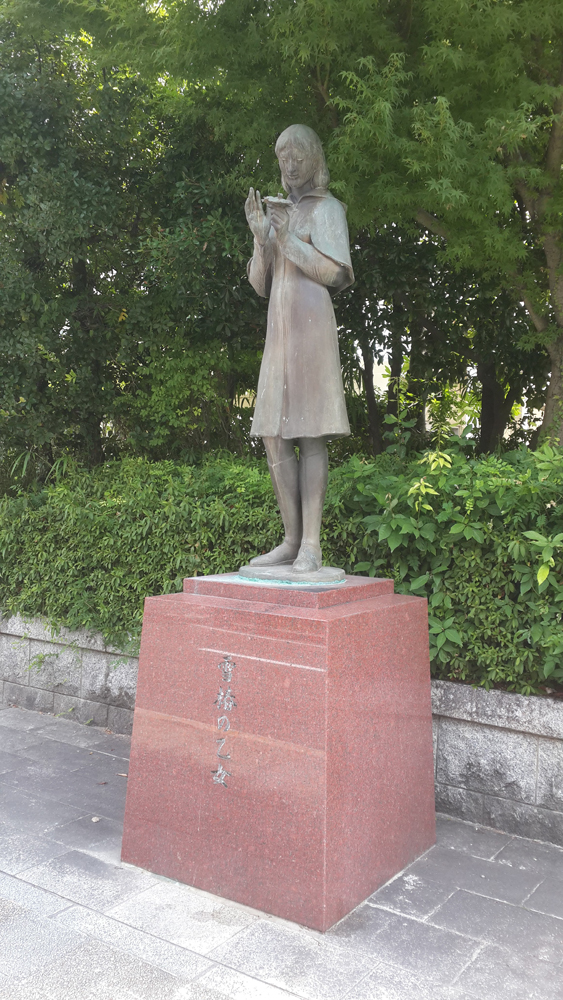 "Sadako Sasaki"/??? ??/Sasaki Sadako/January 7, 1943 – October 25, 1955}} was a Japanese people/Japanese girl who was two years old when the atomic bomb was Atomic bombings of Hiroshima and Nagasaki/dropped on August 6, 1945, near her home next to the Misasa Bridge in Hiroshima, Japan. Sadako is remembered through the story of a thousand origami cranes before her death, and is to this day a symbol of innocent victims of war.

She was told, if she folded 1,000 paper cranes the gods would grant her wish, she wished to get well, ... She ended up folding 644 cranes before she died.

This is our cry, this is our prayer: peace in the world.