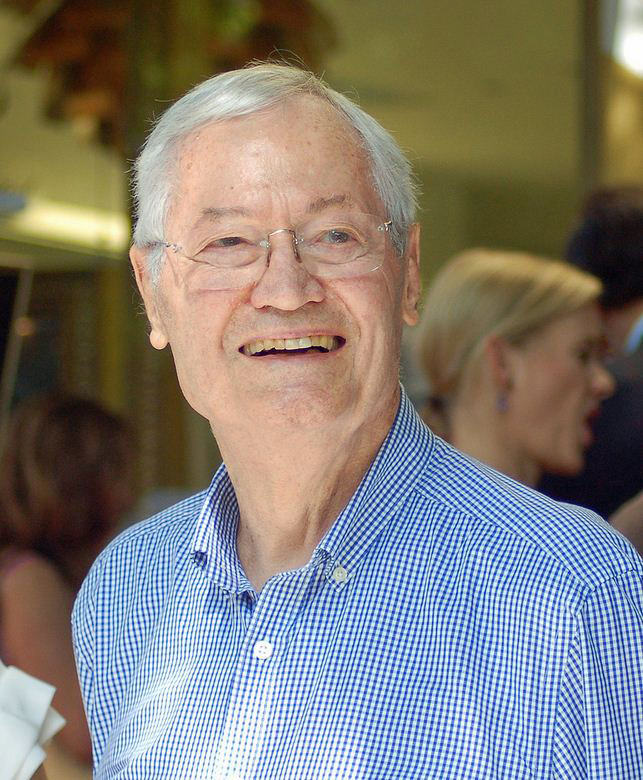 "Roger William Corman" is an American independent film producer, director and actor. He has mostly worked on B movies (The exploitation boom)/low-budget B movies. Much of Corman's work has an established critical reputation, such as his cycle of low budget films adapted from the tales of Edgar Allan Poe. Admired by members of the French New Wave and Cahiers du cinéma, in 1964 Corman was the youngest filmmaker to have a retrospective at the Cinémathèque Française, as well as the British Film Institute and the Museum of Modern Art. In 2009, he was awarded an Honorary Academy Award.

Corman mentored and gave a start to many young film directors such as Francis Ford Coppola, Ron Howard, Martin Scorsese and James Cameron. He helped launch the careers of actors Peter Fonda and Jack Nicholson.

If you enjoy these quotes, be sure to check out other famous producers! More Roger Corman on Wikipedia.

The majors now have sort of semi-independent companies allied with them, making lower-budget films. They're competing with us. And television is a huge target for young people. So we don't quite have the monopoly on young writers, directors, producers and actors that we formerly did.

Other writers, producers, and directors of low-budget films would often put down the film they were making, saying it was just something to make money with. I never felt that. If I took the assignment, I'd give it my best shot. 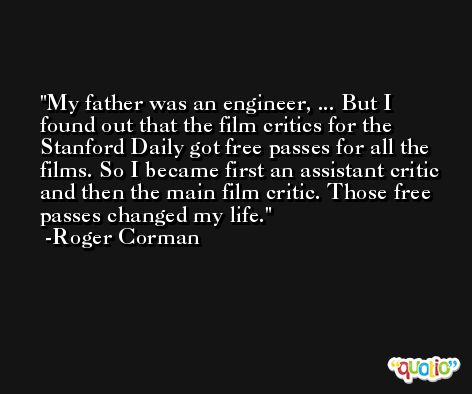 One of the worst things you can do is have a limited budget and try to do some big looking film. That's when you end up with very bad work.

You first saw Boris coming down this long hallway in the Baron's blue coat. Then he'd move out of the shot. Then I'd come down the hallway and after I'd cleared the frame -- Roger didn't even bother to cut the camera and slate the shots -- Sandra would come down the hallway. Then it was Dick's turn, looking weird in his black servant suit. 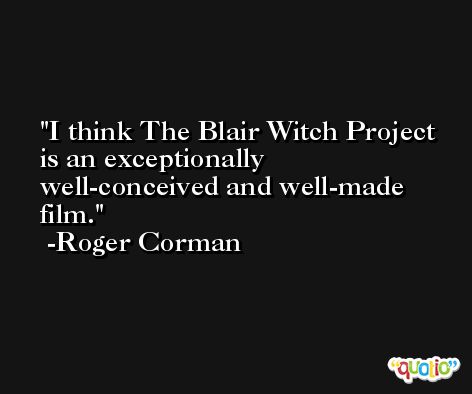 Jim Cameron is proof that if you are good, you'll get promoted.