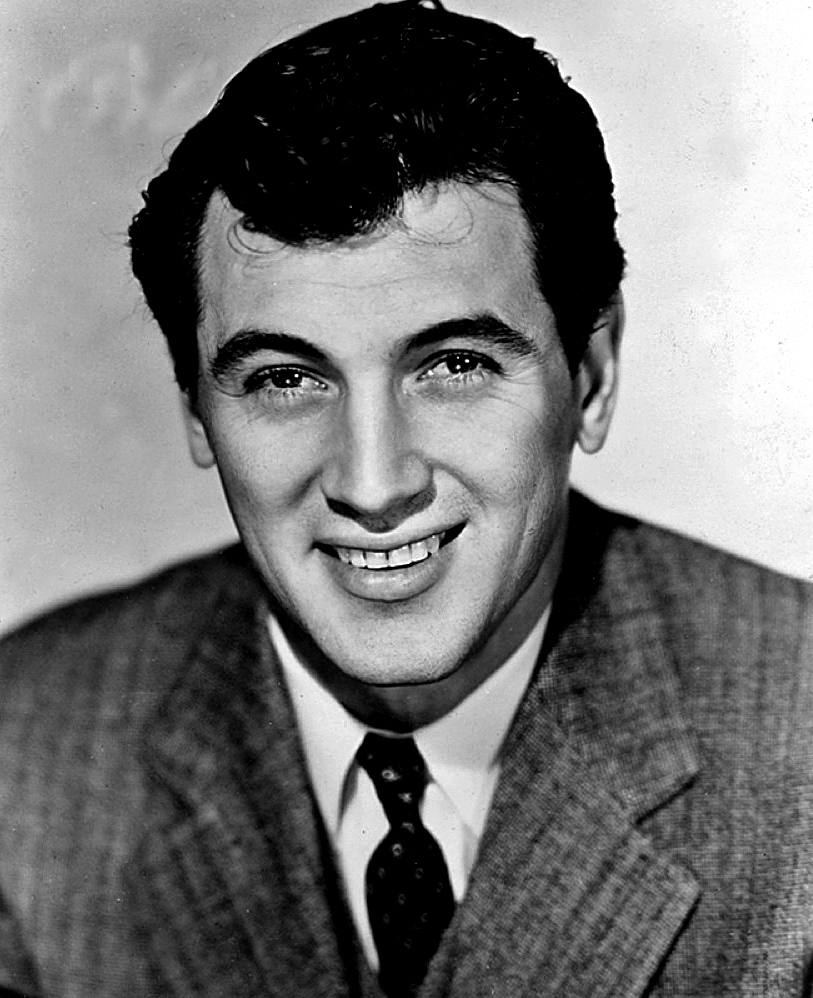 "Rock Hudson" was an American actor. Although he was widely known as a leading man in the 1950s and 1960s, notably in romantic comedies opposite Doris Day, Hudson is also recognized for dramatic roles in films such as Giant (1956 film)/Giant and Magnificent Obsession (1954 film)/Magnificent Obsession. In later years, he found success in television, starring in the popular mystery fiction/mystery series McMillan & Wife and the soap opera Dynasty (TV series)/Dynasty.

Hudson was voted Star of the Year, Favorite Leading Man, and similar titles by numerous film magazines. The 6 ft 5 in (1.96 m.) tall actor was one of the most popular movie stars of his time. He completed nearly 70 films and starred in several television productions during a career that spanned over four decades. Hudson died in 1985, becoming the first major celebrity to die from an AIDS-related illness.

If you enjoy these quotes, be sure to check out other famous actors! More Rock Hudson on Wikipedia.

I had to overcome the name Rock. If I'd been as hip then as I am now, I would have never consented to be named Rock.

You're a Texan now. 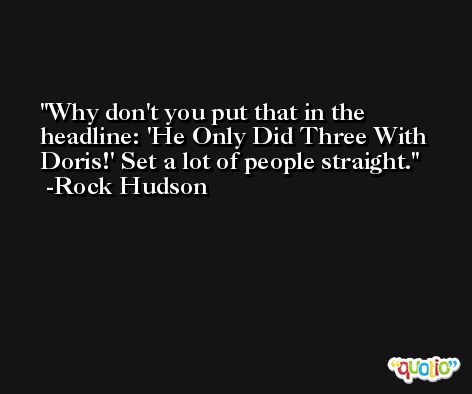