"Robert Maynard Hutchins" (January 17, 1899 – May 17, 1977), was an American educational philosopher, dean of Yale Law School (1927–1929), and president (1929–1945) and chancellor (1945–1951) of the University of Chicago. He was the husband of novelist Maude Hutchins. Although his father and grandfather were both Presbyterian minister of religion/ministers, Hutchins became one of the most influential members of the school of secular Educational perennialism/perennialism.

While he was president of the University of Chicago, Hutchins implemented wide-ranging and controversial reforms of the University, including the elimination of American football/varsity football. The most far-reaching reforms involved the undergraduate College of the University of Chicago, which was retooled into a novel pedagogical system built on Great Books, Socratic dialogue, comprehensive examinations and college early entrance program/early entrance to college. Although the substance of this Hutchins Plan was abandoned by the University shortly after Hutchins resigned in 1951, an adapted version of the program survives at Shimer College in Chicago.

The most distressing aspect of the world into which you are going is its indifference to the basic issues, which now, as always, are moral issues.

A civilization in which there is not a continuous controversy about important issues is on the way to totalitarianism and death. 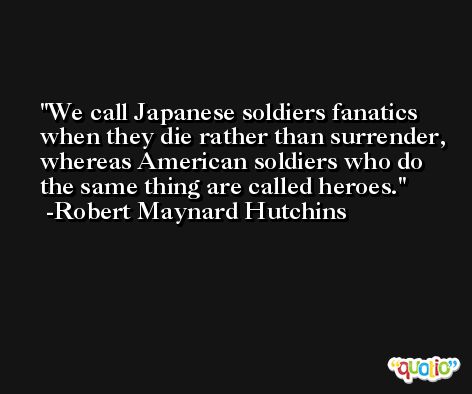 Anybody who feels at ease in the world today is a fool. 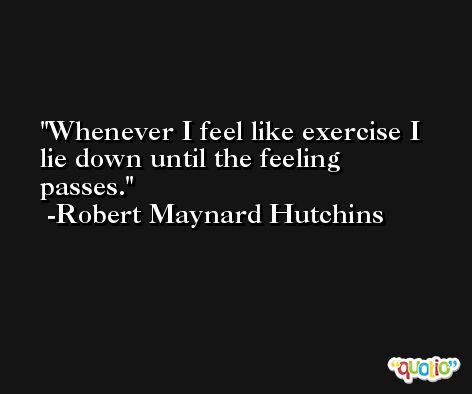 Freedom of inquiry, freedom of discussion, and freedom of teaching - without these a university cannot exist.

It has been said that we have not had the three R's in America, we had the six R's: remedial readin', remedial 'ritin', remedial rithmetic. 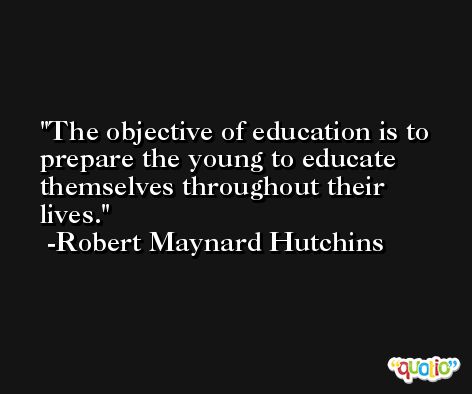