"Robert Locke" is a United States/American conservatism/conservative columnist. Locke has attended both Columbia University and University of Chicago. He is critical of liberalism/liberals, libertarianism/libertarians, and some "compassionate conservatism/compassionate conservatives", including George W. Bush. He is an admirer of conservative scholar Leo Strauss, architect Robert A.M. Stern, and Photorealism/photorealist painter Richard Estes. He was a columnist in FrontPage Magazine until February 2003.

It's an exciting sport to watch. It's a chess match, that's active.

Procter & Gamble truly sets the bar when it comes to identifying and implementing innovative retail solutions. 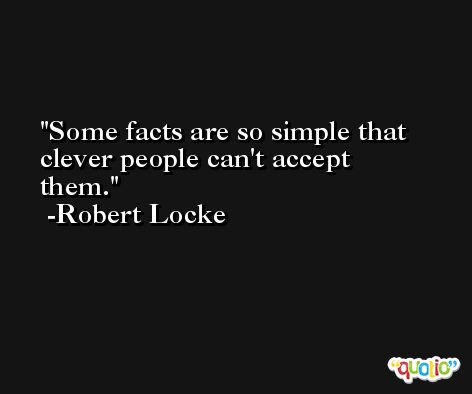