Proehl is currently wide receivers coach for the Carolina Panthers.

Right now, I'm enjoying it and having fun.

We were playing to win. We weren't coming in here feeling sorry for the New Orleans Saints. We just didn't get it done. 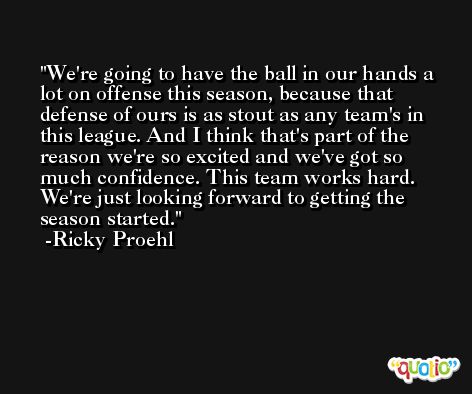 ... I use that stuff now even more than ever. A lot of times when you first come in, you're getting by on your speed or your athletic ability. When you start to lose that, that's when you start going to that kind of stuff. At that time, those guys were using that stuff and I was lucky to pick it up at a young age.

Now that I really think about it, of all the people I've known in all these years, it was those two guys that were most instrumental in my career. 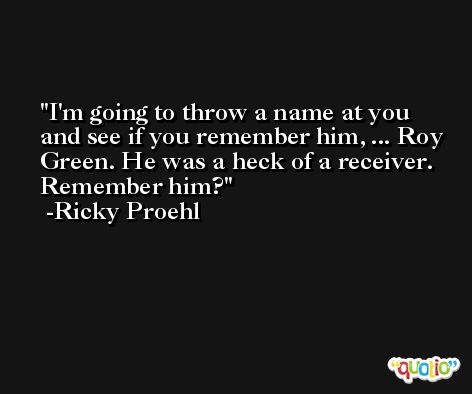 I told them it's tough for me, being 37 years old, to handle two-a-days, especially in this heat. At my age it's just hard to lose eight or nine pounds in the first practice and then come back out in the afternoon.

He smashed my chin. That didn't feel too good.