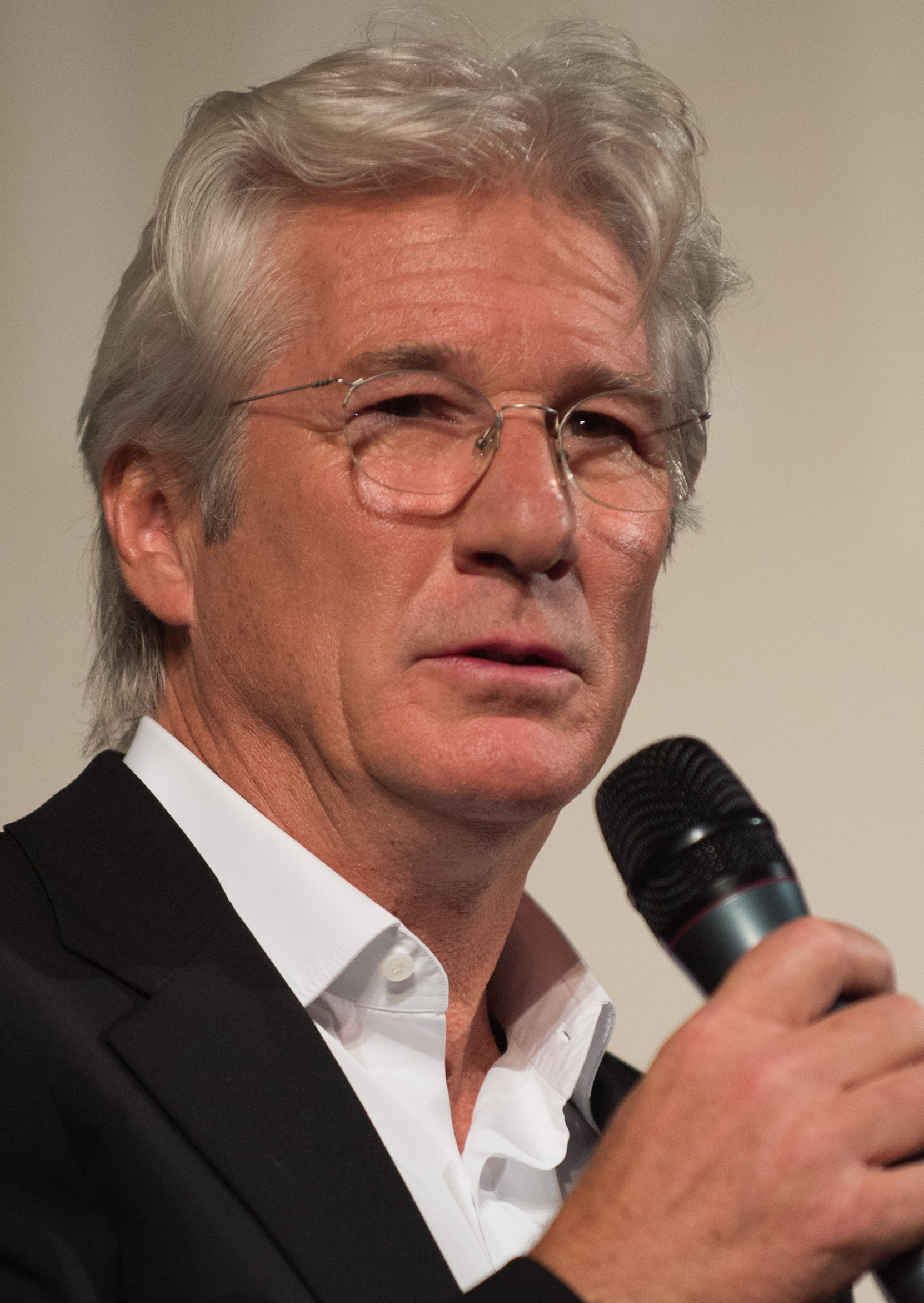 "Richard Tiffany Gere" is an People of the United States/American actor and activist. He began acting in the 1970s, playing a supporting role in Looking for Mr. Goodbar (film)/Looking for Mr. Goodbar and a starring role in Days of Heaven. He came to prominence in 1980 for his role in the film American Gigolo, which established him as a leading man and a sex symbol. He went on to star in several hit films, including An Officer and a Gentleman, Pretty Woman, Primal Fear (film)/Primal Fear, Runaway Bride (film)/Runaway Bride, Arbitrage (film)/Arbitrage and Chicago (2002 film)/Chicago, for which he won a Golden Globe Award as Best Actor, as well as a Screen Actors Guild Award as part of the Best Cast.

If you enjoy these quotes, be sure to check out other famous actors! More Richard Gere on Wikipedia.

I know who I am. No one else knows who I am. If I was a giraffe, and someone said I was a snake, I'd think, no, actually I'm a giraffe.

We've had too many World AIDS Days. 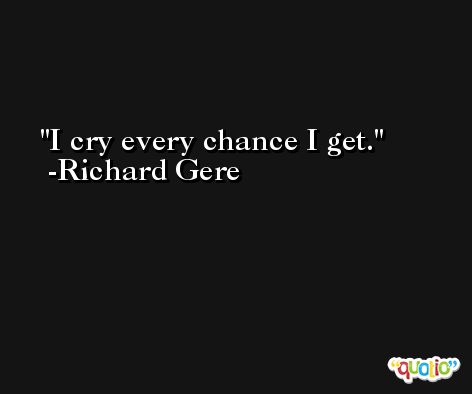 If we do this work now, we may save 10, 15 million lives. It gives you a lot of focus. I mean, how many things in your life can you do that have that kind of impact?

I'm voting for Gore because the other is unthinkable. Which most of us will probably do. I hope all of us. I've always liked Ralph Nader and would like to see a real third party, but the thought of George Bush as president is unthinkable. 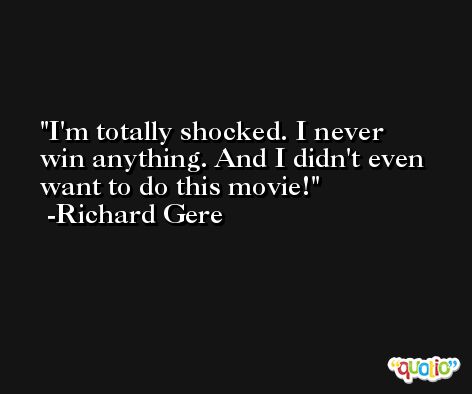 To read your own mind is to look at your self and read your soul. Hatred becomes love and that is the path I am working on.

It'd be different if he was staring somebody down with a loaded gun in his hand. But there doesn't seem to be any indications whatsoever that this man [Hussein] poses an immediate threat to anybody. 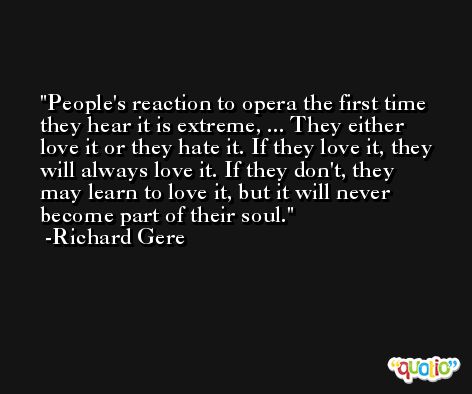