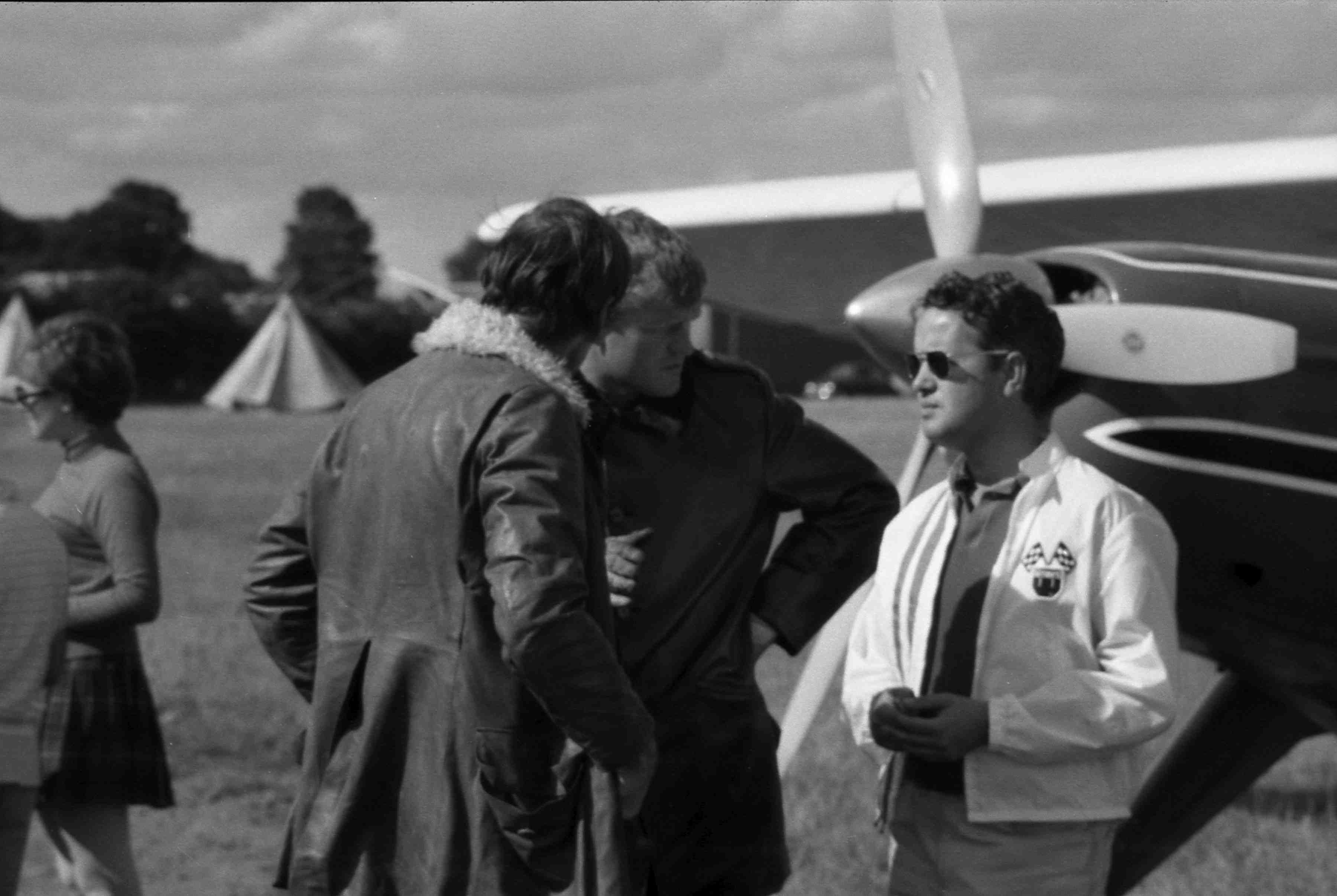 "Richard David Bach" is an American writer. He is widely known as the author of the hugely popular 1970s best-sellers Jonathan Livingston Seagull and Illusions (Bach novel)/Illusions: The Adventures of a Reluctant Messiah, among others. Bach's books espouse his philosophy that our apparent physical limits and mortality are merely appearance. Bach is noted for his love of flying and for his books related to air flight and flying in a metaphorical context. He has pursued flying as a hobby since the age of 17. In late August 2012 Bach was badly injured when on approach to landing at Friday Harbor, Washington his aircraft clipped some power lines and crashed upside down in a field.

If you enjoy these quotes, be sure to check out other famous novelists! More Richard Bach on Wikipedia.

Don't believe what your eyes are telling you. All they show is limitation. Look with your understanding, find out what you already know, and you'll see the way to fly.

Argue for your limitations and sure enough, they're yours. 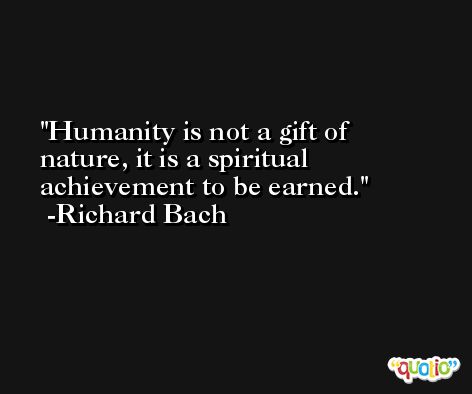 Every person, all the events of your life, are there because you have drawn them there. What you choose to do with them is up to you.

We generate our own environment. We get exactly what we deserve. How can we resent the life weve created for ourselves? Whos to blame, whos to credit, but us? Who can change it anytime we wish, but us? 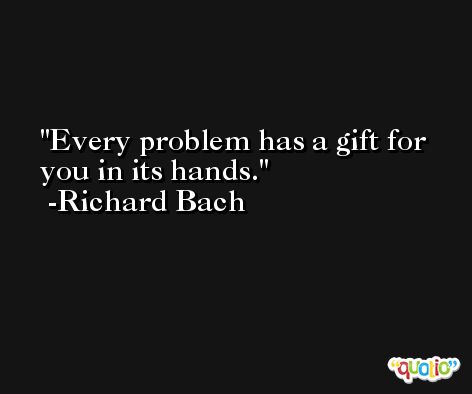 Our soulmate is someone who shares our deepest longings, our sense of direction. When we're two balloons, and together our direction is up, chances are we've found the right person.

The more I want to get something done, the less I call it work. 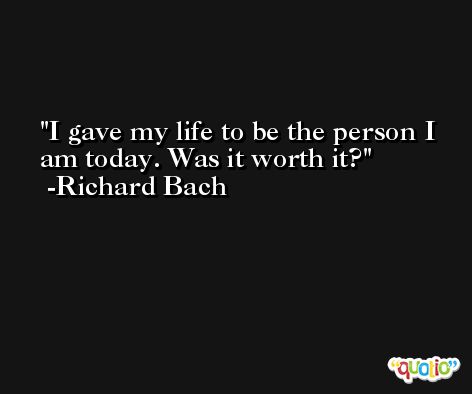 Your only obligation in any lifetime is to be true to yourself. Being true to anyone else or anything else is not only impossible, but that mark of a fake messiah.

Can miles truly separate you from friends....If you want to be with someone you love, aren't you already there? 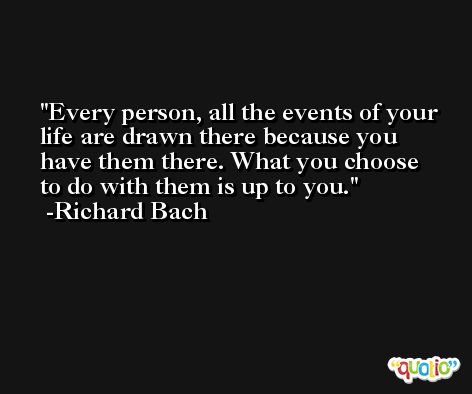 I want to be very close to someone I respect and admire and have somebody who feels the same way about me.

Don't be dismayed at good-byes. A farewell is necessary before you can meet again. And meeting again, after moments or lifetimes, is certain for those who are friends. 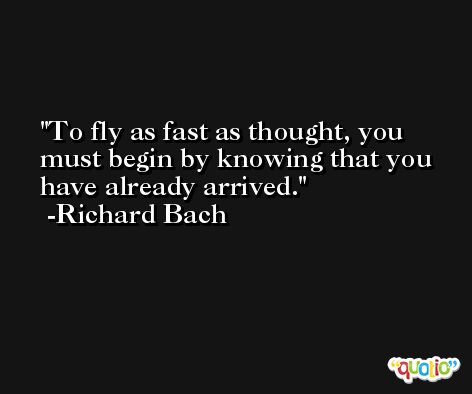 The bond that links your true family is not one of blood, but of respect and joy in each other's life. Rarely do members of one family grow up under the same roof.

You teach best what you most need to learn.

Get this in mind early: We never grow up.

Do what you think and say what you feel because those who mind don't matter, and those who matter don't mind. 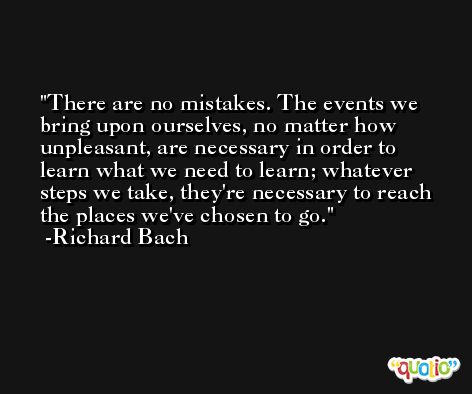 It is by not always thinking of yourself, if you can manage it, that you might somehow be happy. Until you can make room in your life for someone as important to you as yourself, you will always be searching and lost....

When you have come to the edge of all the light you have And step into the darkness of the unknown Believe that one of the two will happen to you Either you'll find something solid to stand on Or you'll be taught how to fly! 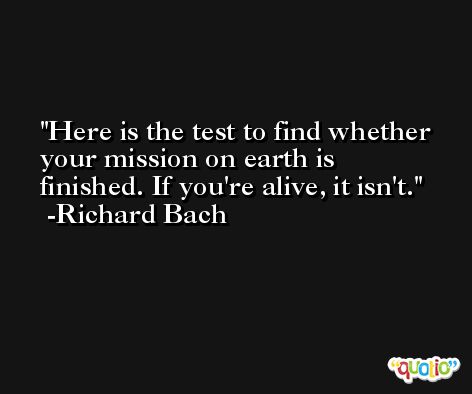 Laughing on the way to your execution is not generally understood by less advanced life-forms, and they'll call you crazy.

You are never given a wish without also being given the power to make it come true. You may have to work for it, however. 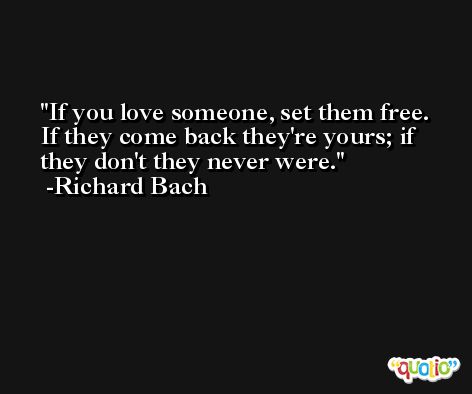