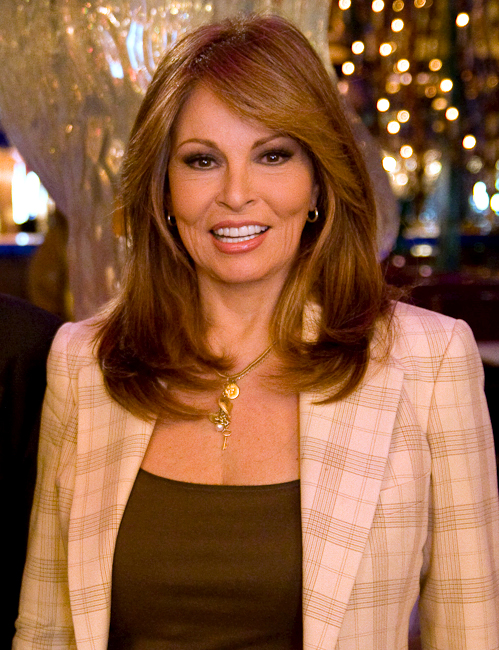 "Raquel Welch" is an American actress. She first won attention for her role in Fantastic Voyage (1966), after which she won a contract with 20th Century Fox/20th Century-Fox. They loaned her to a British studio where she made One Million Years B.C. (1966). Although she had only three lines in the film, the doe-skin bikini she wore became a best-selling poster that turned her into an iconic sex symbol and catapulted her to stardom. She later starred in notable films like Bedazzled (1967 film)/Bedazzled (1967), Bandolero! (1968), 100 Rifles (1969), and Myra Breckinridge (film)/Myra Breckinridge (1970). She made several television variety show/variety specials. Welch is, as of 2013, a spokesperson for Foster Grant.

Raquel Welch unique persona on film made her into one the reigning icons of the 1960s and 70s. She carved out a place in movie history portraying strong female characters and breaking the mold of the submissive sex symbol. In 1995, Welch was chosen by Empire Magazine as one of the 100 Sexiest Stars in Film History. Playboy Magazine named Welch no. 3 on their 100 Sexiest Stars of the Twentieth Century list. In 2011, Men's Health Magazine ranked her no. 2 in its Hottest Women of All Time list.

If you enjoy these quotes, be sure to check out other famous actresses! More Raquel Welch on Wikipedia.

Change excites me. I am fifty years old. It's when the mind catches up with the body.

I was asked to come to Chicago because Chicago is one of our fifty-two states. 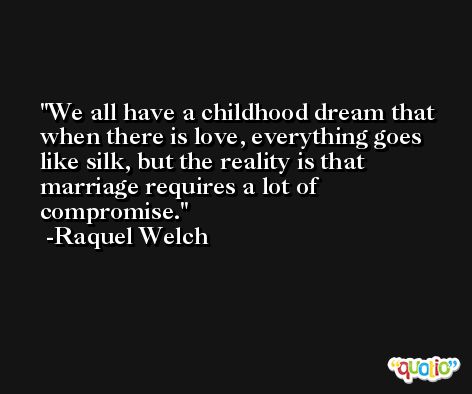 I couldn't stand that my husband was being unfaithful. I am Raquel Welch - understand?

You can't fake listening. It shows.

She's a seller, ... And it's amazing to me because at this point, a lot of us don't remember her anymore.

I was not a classic mother. But my kids were never palmed off to boarding school. So, I didn't bake cookies. You can buy cookies, but you can't buy love.