"Ralph Hodgson", Order of the Rising Sun (Japanese ???),was an English poet, very popular in his lifetime on the strength of a small number of anthology pieces, such as The Bull. He was one of the more 'pastoral' of the Georgian poets. In 1954, he was awarded the Queen's Gold Medal for Poetry.

He seems to have covered his tracks in relation to much of his life; he was averse to publicity. This has led to claims that he was reticent. Far from that being the case, his friend Walter De La Mare found him an almost exhausting talker; but he made a point of personal privacy. He kept up a copious correspondence with other poets and literary figures, including those he met in his time in Japan such as Takeshi Saito.

If you enjoy these quotes, be sure to check out other famous poets! More Ralph Hodgson on Wikipedia.

Some things have to be believed to be seen. 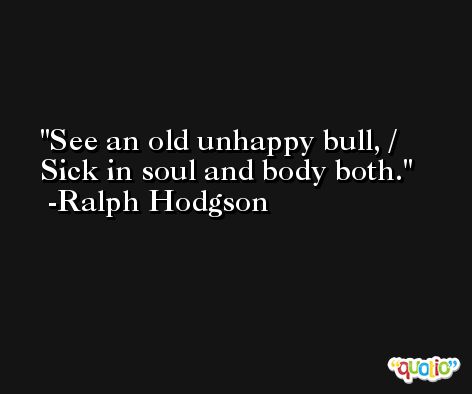 Time, you old gipsy man, / Will you not stay, / Put up your caravan / Just for one day?

Reason has moons, but moons not hers / Lie mirror'd on her sea, / Confounding her astronomers, / But, O! delighting me. 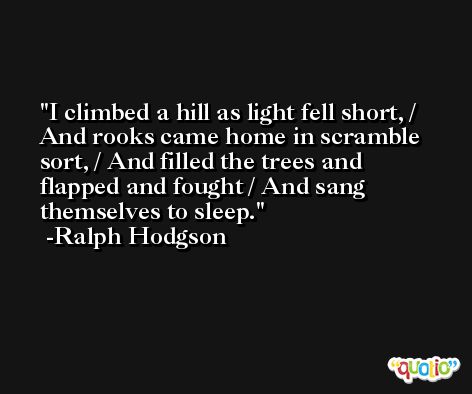 When stately ships are twirled and spun / Like whipping tops and help there's none / And mighty ships ten thousand ton / Go down like lumps of lead.

The handwriting on the wall may be a forgery. 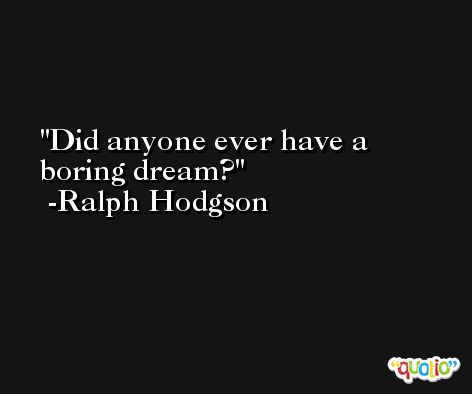